Sign Up
Log In
Purchase a Subscription
You are the owner of this article.
Edit Article Add New Article
You have permission to edit this article.
Edit
Welcome, Guest
Home
Hydro Briefs
Water Power News and Notes
Hydro News
Hydro Licensing
Search by Pub
Share This
1 of 2 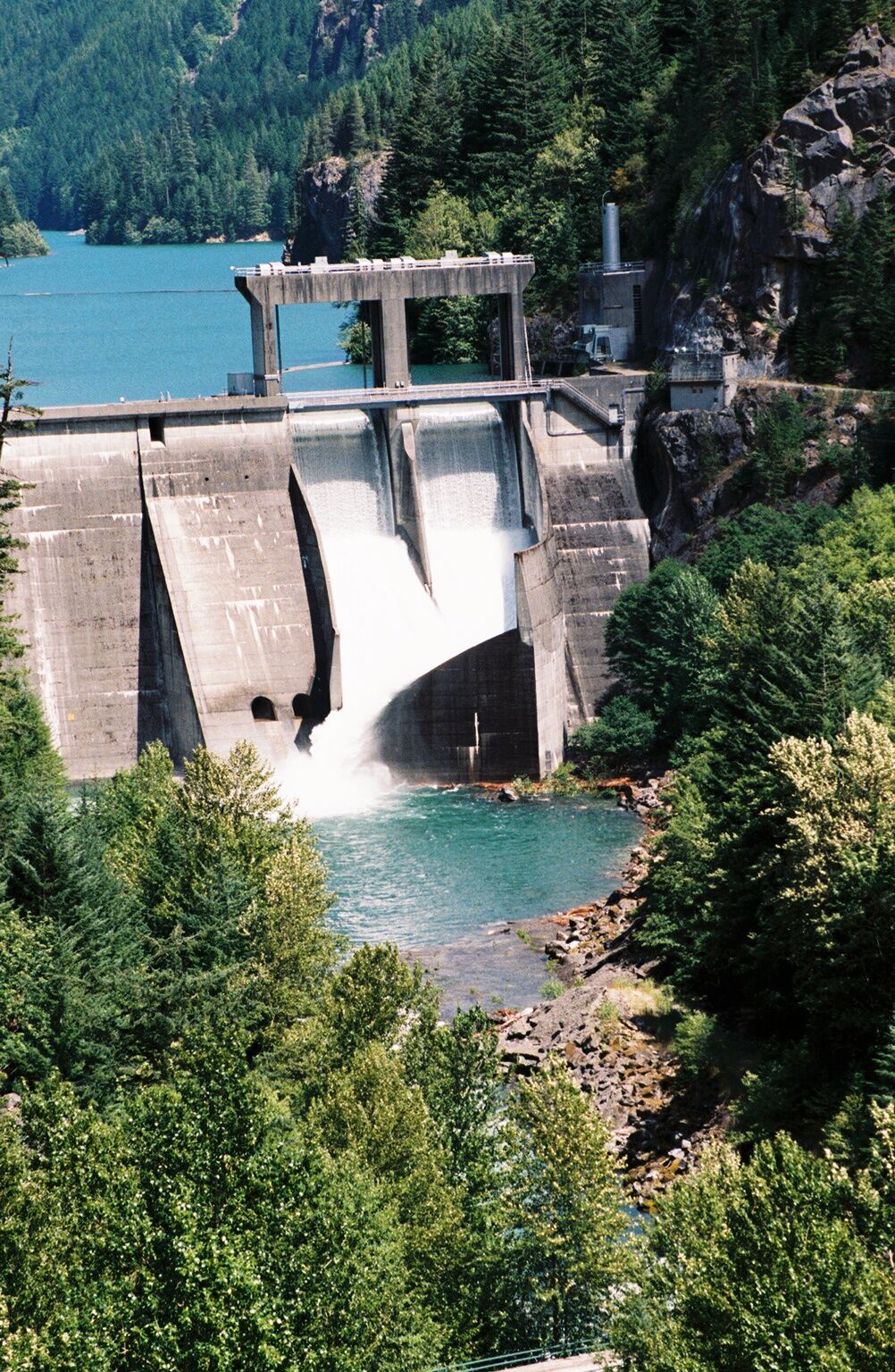 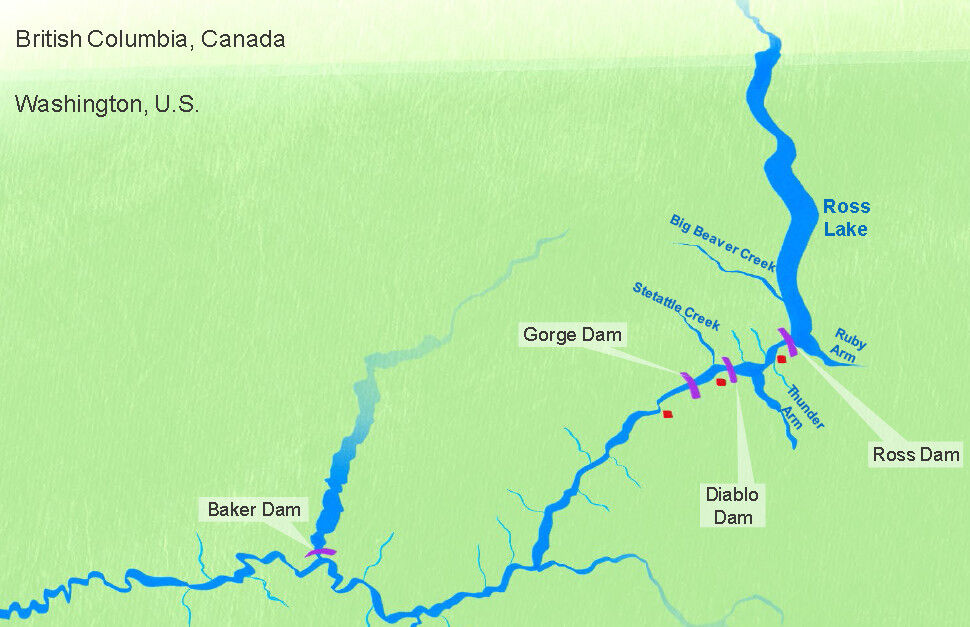 Seattle City Light will study fish passage at all three dams in its Skagit River Project.

Seattle City Light will study fish passage at all three dams in its Skagit River Project.

Amid a torrent of requests to take a deeper look at fish passage in its federal relicensing process, Seattle City Light has agreed to expand its fish passage study to include all three dams in its Skagit River Project [P-553], and to evaluate salmon and steelhead habitat potential between and above the dams.

With a license set to expire in 2025, the city-owned electric utility began the relicensing process in April 2020, and has been in discussions with tribes, federal agencies and others since 2019. The issue of fish passage—and the Upper Skagit Indian Tribe's request to study removal of the lowermost Gorge Dam—quickly became a top issue.

The three dams—Gorge, Diablo and Ross—produce roughly 20 percent of SCL's electricity. The dams have a capacity of about 650 MW and an annual average generation of approximately 2.5 million MWh, or 285 aMW. None have facilities for adult or juvenile fish passage.

Since the projects were last licensed in 1995, three Skagit River stocks of Chinook, steelhead and bull trout have been listed under the Endangered Species Act as threatened. Southern resident killer whales—which rely on Chinook from many tributaries as a food source—have also been listed as endangered.

Those listings add new complexities to SCL's licensing process with FERC. The requests to study fish passage at all three dams came not only from the tribe, but also state and federal fishery agencies, other tribes, Skagit County commissioners and a few environmental groups.

In December, SCL submitted a detailed proposed study plan that included an evaluation of the feasibility and costs for providing fish passage over Gorge Dam, and assessment of habitat potential in the reach below the dam, and in Gorge Lake and Stetattle Creek.

The city held several meetings with licensing participants in January, and recently announced its decision to include fish passage at all three dams in its revised study plan, which will be submitted to FERC by April 7.

The announcement came as welcome news to the Upper Skagit tribe. But after negotiating with the city for more than two years, it garnered only cautious optimism issues will be resolved.

"It's been a long, hard road," Scott Schuyler, the Upper Skagit Indian Tribe's policy representative told Water Power West. "The city, to be frank, hasn't listened to us very well. The devil's in the details, and there's just not a lot of trust with these folks."

Schuyler noted the tribe was never consulted when Seattle constructed the dams between 1919 and 1937. "They were built at a time when there were virtually no environmental regulations," he said. Now, the tribe is leading the charge to study fish passage, habitat and the potential for the areas above and between the dams to support salmon and steelhead.

One of the tribe's biggest concerns now is a stretch of river between Gorge Dam and Gorge Powerhouse known as the bypass reach, which is sometimes dewatered by dam operations.

Julie Moore, SCL's communications director, said the area is—by agreement in the 1995 license—managed as a dry bypass with no fish passage provisions.

Schuyler said that dry stretch of riverbed is one of the main causes of disconnect between the city and tribe in recent years. "It's roughly three miles, and in their eyes, it may not be a big deal. To us, it's like having our heart ripped out, having this continually dewatered. They don't understand the hurt and pain that it causes us, knowing the river's been stolen, and for what? Money, of course," he said.

"Through this process, we have so far committed to implementing more than 30 studies during the next two years, including fish passage studies requested by license partners, costing an estimated $12 million in total," Debra Smith, SCL general manager, said in an email to Water Power West.

She added, "Actions of the past do not limit what we can do for the future. We fully recognize our stewardship obligations with respect to the lands we have impacted as well as the role we will play in species recovery, including going beyond what's required to obtain a new FERC license. We also must continually balance the cost of potential mitigation measures with the need for affordable, reliable, and environmentally responsible energy services for City Light's customers."

Moore said in an email the entire study plan is designed to inform and support conversations needed to develop the best possible approach to harnessing the resources of the Skagit watershed using operations that put the needs of fish, flood protection and recreation ahead of power generation.

"The first proposal for the current relicensing recognized the historic use of the bypass reach by steelhead and was aimed at providing the information necessary to determine whether the current flow operations continue to make sense. The proposal was designed to work in phases to re-evaluate the partial barriers in this bypass reach, develop hydraulic models of the reach, and evaluate the feasibility and rough costs for providing passage over Gorge Dam," she wrote.

She said license participants asked SCL to eliminate phasing of the studies, and expand the fish passage study to include all three dams, including an evaluation of habitat potential throughout the project area, including above the dams and into the tributaries. "We agreed that was a good approach and made those changes," she continued.

She noted that as discussions progressed, SCL agreed it is worth studying feasibility for fish passage and introduction, but added, "That assessment must identify and carefully consider the pros and cons of introducing salmonids into that area."

SCL acknowledges some fish may have reached above Gorge Dam, but it has no evidence anadromous fish got upstream of Diablo Dam. Geological evidence indicates the location was the site of a biological divide caused by repeated glaciations, with ice dams preventing upstream passage at Diablo. Genetic evidence suggests the fish community was established by colonization from the Fraser River in Canada. Historical accounts compiled in the 1980s suggest Diablo Canyon was considered the place where fish no longer ran upstream, and was an important demarcation line to the people using the area millennia ago.

Even in the bypass reach between Gorge Dam and Gorge Powerhouse, the 1995 relicensing studies evaluated the area and identified partial barriers potentially passable by steelhead, and possibly Chinook, she wrote.

In its comments on SCL's pre-application document, the Upper Skagit Indian Tribe noted, "[I]t is imperative that ongoing blockage of anadromous fish passage caused by the Project be addressed. This includes an assessment for removing Gorge Dam, investigating feasibility of transporting fish into all three of the Project reservoirs, and returning flows to the Gorge bypass reach. All three of these tasks represent major undertakings requiring substantial amounts of new information."

SCL, in its response to study requests, said that for FERC to consider a proposal to decommission the Gorge Dam, or even a proposal to study it, the request must demonstrate a resource concern exists that cannot be addressed through other measures. "[T]he request constitutes a study of a specific mitigation measure, dam removal, which has not been shown to be necessary or warranted," it says.

Even if it's not within the scope of the FERC relicensing, Schuyler said, he hopes Seattle will assess removing the dam. He said he's concerned Seattle City Light will head up the studies, instead of a fish agency or independent third party.

In addition to considering whether habitat above the dams and in tributaries is suitable for salmon or steelhead, SCL will also consider how the dams have impacted resident species, such as threatened bull trout, along with Dolly Varden trout and resident rainbow trout, and how those resident fish would interact with salmon or steelhead.

Other studies will include geomorphology and development of an instream flow model that will evaluate how habitat is formed to support salmon populations and where restoration and mitigation measures could improve habitat.

"City Light is committed to moving through the Skagit hydroelectric project relicensing process with transparency, accountability and intentionality," Smith said.