Sign Up
Log In
Purchase a Subscription
You are the owner of this article.
Edit Article Add New Article
Welcome, Guest
Home
Northwest Fishweb
Nw Fishletter Links
Share This
1 of 2 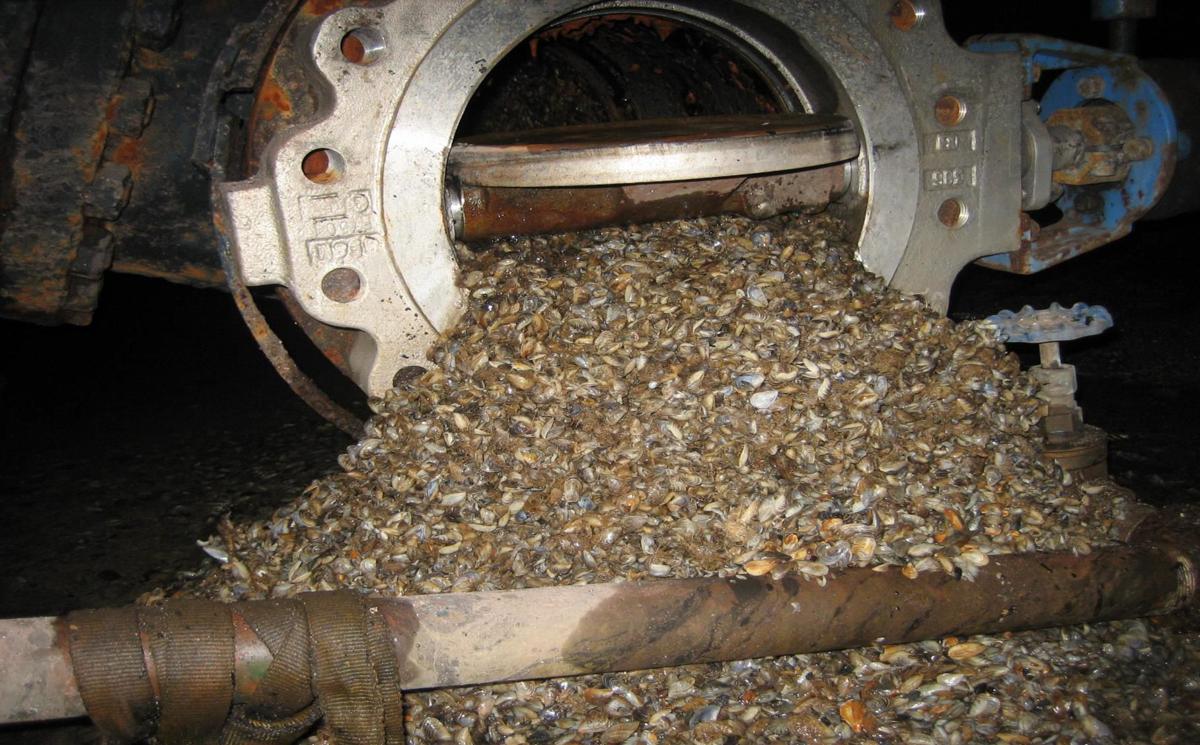 Federal funds apportioned since 2015 to the four Northwest states to help keep quagga and zebra mussels out of the Columbia Basin are now at risk of being diluted, after Congress added four more basins spanning another 11 states, without increasing the total appropriation.

The funding, from the Water Resources Reform and Development Act of 2014, has provided between $4 million and $6 million annually for setting up boat inspection stations, deploying mussel-sniffing dogs and launching public education campaigns.

"How do we find a consistent stream of income to prevent these things from getting into our waterways?" he asked, and then suggested. "The only thing I could come up with was the Columbia River Treaty."

Morrison said PNWER has asked lead negotiators in both Canada and the United States to consider adding a new provision to a renegotiated treaty. The idea, he said, is that before the two countries divvy up the benefits of the Columbia River's hydroelectric projects, a small portion of the net proceeds should be taken out to provide for a comprehensive prevention program—evenly divided between the U.S. and Canada—for aquatic invasive species prevention, with an emphasis on invasive mussels, he said. Prevention is less costly than dealing with established populations, he added.

Focused on issues that affect the Pacific Northwest region that spans the U.S. and Canada, PNWER has helped convince lawmakers in the U.S. to spend $21 million to date on preventing either of the mussels from reaching northwestern waters. The Northwest Power and Conservation Council also lobbies for the federal funding, which is matched by the states and goes toward watercraft inspections and monitoring.

Morrison noted Montana has been at the cutting edge of the effort, and receives about half the funding to the four U.S. states. "They're protecting everybody at the headwaters of the Columbia, basically," he said.

Montana state officials led a panel discussion on the threat of invasive mussels at the Columbia Basin Transboundary Conference in Kimberley, B.C., on Sept. 12. Kate Wilson, from the Montana Department of Resources and Conservation, told attendees that characteristics of quagga and zebra mussels that make them such a threat are that they can live attached to a boat without water for up to 30 days; they spread rapidly in a water body; and they attach themselves to hard surfaces.

Within months, they can clog pipes and other structures where water is designed to pass through. "Under good conditions, mussels can produce up to a million offspring in a single year," she said. "Even if a lot of them die, that's a lot of babies."

Tom Woolf, with Montana's Aquatic Invasive Species Bureau, said that thanks to the federal funds, boat inspection stations have been set up across the Pacific Northwest. "When you have a watercraft that moves through the West, it can be inspected up to 20 times," he said.

Despite the success to date in keeping invasive mussels out of the Columbia Basin, it's difficult to convince lawmakers to keep funding any prevention measures, Woolf noted. "It's hard to keep spending money on something that's hidden, and is an unknown threat," he said. "You're proving a negative. You're not detecting zebra mussels."

He said sustainable funding is necessary to successfully prevent the mussels from becoming established in the Columbia. "We've got to remember, this is a human-caused problem," he said. "It's us moving things from one place to another, and people are hard to manage."

Morrison said because mussel shells are sharp, when they attach themselves to underwater structures they can injure migrating salmon and steelhead.

Bill Tweit, Columbia River fishery coordinator for the Washington Department of Fish and Wildlife, agrees that salmon and steelhead smolts would be injured at bypasses and other fish passage structures if invasive mussels become established.

Tweit said his agency is also concerned about the potential loss of federal funding. "Without that federal money, I don't think we'd have a program," he told NW Fishletter. The state's share of funding comes largely from boat licenses, which are down, and charges to out-of-state boaters, which are lower than anticipated, he said, adding, "Funding remains a big concern for us."

The state agency has also been evaluating better ways to enforce the law for boaters who don't stop at mandatory inspection stations. On Sept. 27, the Fish and Wildlife Commission instituted a progressive penalty for those failing to stop. Law enforcement officers can now issue first-time offenders a notice of infraction, while prosecutors will be encouraged to charge repeat violators with a gross misdemeanor.

Washington now has two mandatory inspection stations, and this summer purchased a mussel-sniffing dog, Tweit said. "Puddles is working out great," he said. "She's really good at sniffing out mussels, but equally for us, she's an education tool. Puddles is one of the best media tools we've had." According to the Northwest Power and Conservation Council, Washington performed more than 26,000 inspections this year and one-third of those boats came from infested waters. They intercepted 13 boats with mussels.

While inspections help, Tweit said the best way to prevent mussels from getting into the Columbia Basin is through education—getting every boat owner to know they are required to clean, drain and dry their boats. "We'll never get to 100 percent on inspections," he said. "But if we can get 100 percent of the boaters complying with clean, drain and dry, we don't have a problem with quagga or zebra mussels."