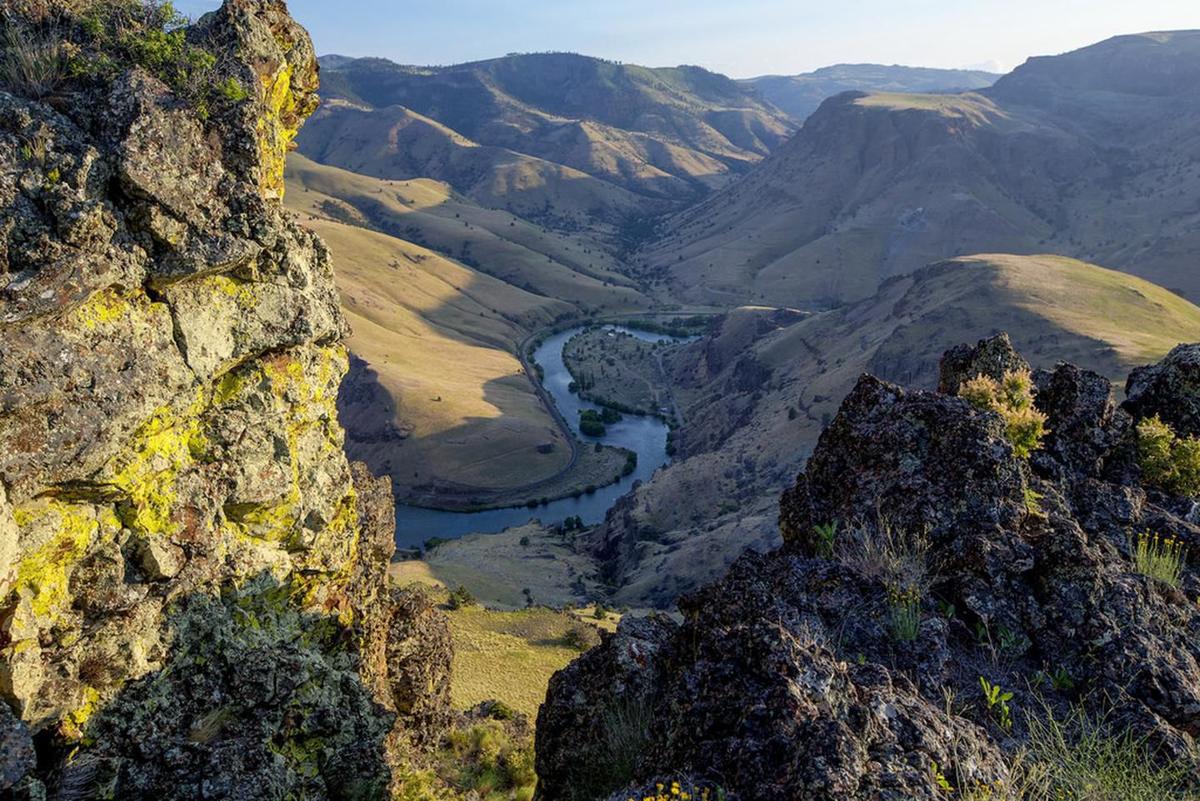 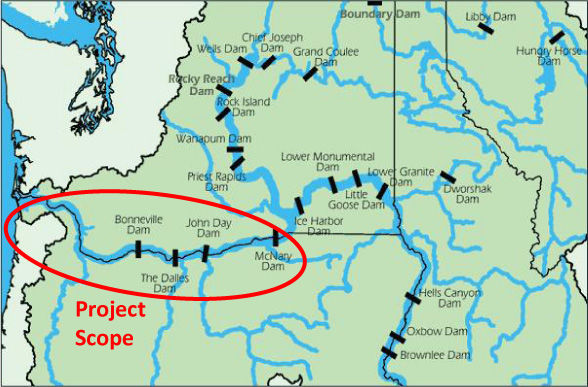 As water temperatures throughout the Columbia Basin continue to warm as a result of climate change, cold water refuges will become more important to the survival of some salmon and steelhead runs, an Environmental Protection Agency official told a Northwest Power and Conservation Council committee June 16.

And while a draft cold water refuge plan found that maintaining colder water volumes from 12 primary tributaries in the lower Columbia is sufficient, the final plan is likely to call for creating at least one additional cold water refuge.

John Palmer, EPA's project lead for the plan, explained the importance of cold water refuges for fish and outlined how his agency's final Columbia River Cold Water Refuges Plan may change from its draft, during a presentation to the Council's Fish and Wildlife Committee.

Although not included in a draft plan, the final version is likely to find a cooler Umatilla River is necessary to provide fish a cool resting spot in an important location for upstream migration, Palmer told the committee. In addition, the agency recommends restoring other tributaries to increase cold water refuges, he said.

Palmer said the draft plan determined that maintaining current volumes of water in cold water refuges appears to be sufficient for meeting a requirement by Oregon standards to ensure fish have adequate cold water refuges.

However, he said, public comments pointed out that the standard calls for sufficiently distributed cold water refuges, and there is a large gap of nearly 100 miles in these cool resting spots between the Deschutes River below John Day Dam and the Umatilla River, just below McNary Dam. Improving conditions in the Umatilla River has potential to reduce temperatures at its mouth by 2 to 3 degrees Celsius, or 3.6 to 5.4 degrees Fahrenheit, Palmer told the committee.

The Umatilla River and Fifteenmile Creek are two tributaries that could be restored to provide additional cold water refuge, the draft plan notes.

The Umatilla is important to restore because of its relatively substantial flow, its location between John Day and McNary dams, and the fact that a temperature study, or total maximum daily load, has been completed and indicates a potential for reducing summer temperatures.

According to the draft plan, the Umatilla River has a mean August flow of 168 cfs and its cold water refuge—which includes a portion of the river at its mouth and the plume extending into the Columbia River—is about 46,299 cubic meters (the size of more than 18 Olympic-sized swimming pools) during a time when the river is about 2 degrees Celsius cooler than the Columbia.

Palmer noted the Umatilla River is currently only a cold water refuge in late August and September, because that's the only time its average temperatures are cooler than the Columbia River.

The plan also identifies 12 primary tributaries that currently provide the most cold water refuges that should be protected.

Both Washington and Oregon adopted water quality standards that limit maximum water temperatures in the lower Columbia River to 20 C, or 68 F. Higher temperatures can cause fish to experience disease, stress, decreased spawning success or death.

In the lower Columbia River, refuges are mostly created by tributaries that bring cooler water to the main-stem river, Palmer noted. On their journey to spawning grounds, salmon and steelhead may use these plumes at the mouths of the tributaries, or may swim upstream into the cooler tributary for a break from the warmer water, he said.

However, Palmer said, most salmon and steelhead don't use cold water refuges in the Columbia River, because most runs would face even warmer temperatures along their journey if they took a significant break along the way.

"We think cold water refuge use is really an adaptation to these warmer temperatures we're seeing in the Columbia River," he said, adding, "As it continues to get warmer, most likely they'll increase use of cold water refuges."

EPA estimates that about half of the change since the 1950s was caused by climate change, and the rest by a combination of hydroelectric reservoirs, irrigation withdrawals, and fewer riparian areas and river channels. Palmer said in the 1950s, the lower Columbia experienced about 10 days of temperatures above 20 C, and none above 21 C, on average. Now, water temperatures rise above 20 C for an average of 57 days a year, with 27 of those days reaching 21 C, he said.

"We looked at actions to help restore [these tributaries] to lower temperatures, which we think we need to do because climate change is going to have upward pressure on all of them," Palmer said. Maintaining existing flows helps retain cold water refuges, while restoration can include planting vegetation, increasing channel complexity and improving summer flows, which all help to reduce water temperatures.

Palmer said of all the tributaries, the Deschutes is most at risk of falling off the cold water refuge list. "It is very well used," he said. "It's the last one before going up the John Day, and it's relatively warm compared to the others, so any incremental warming is a concern. I think that's the one that needs the focus," he said.

In addition to protecting existing cold water refuges and creating new ones, Palmer said EPA recommends continuing to study the problem by installing PIT-tag detector arrays and temperature and flow monitors in all the primary tributaries. This would allow determining the differences in survival rates between fish that use cold water refuges and those that don't, and assessing mortality rates caused by warmer temperatures in the Columbia River.

Palmer said it's not clearly understood whether fish are benefiting from holding back in colder water, or whether factors like additional fishing pressure is impacting their survival rates.