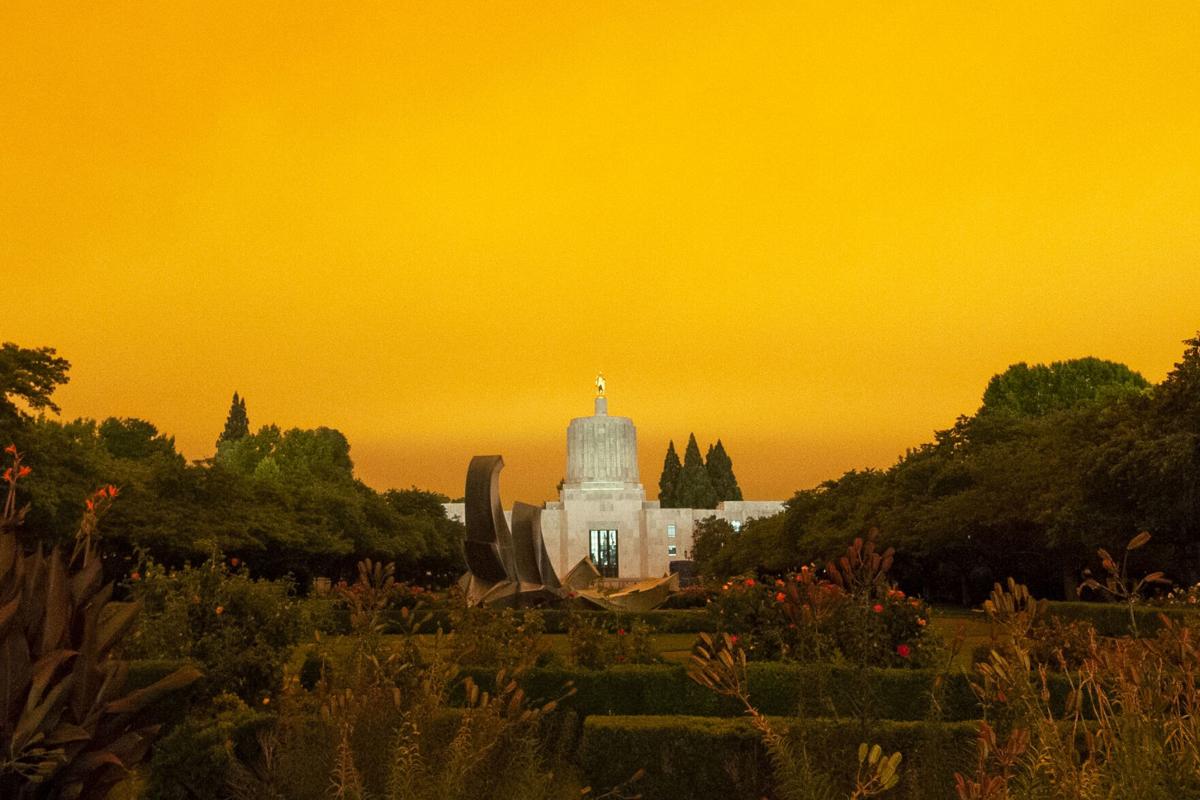 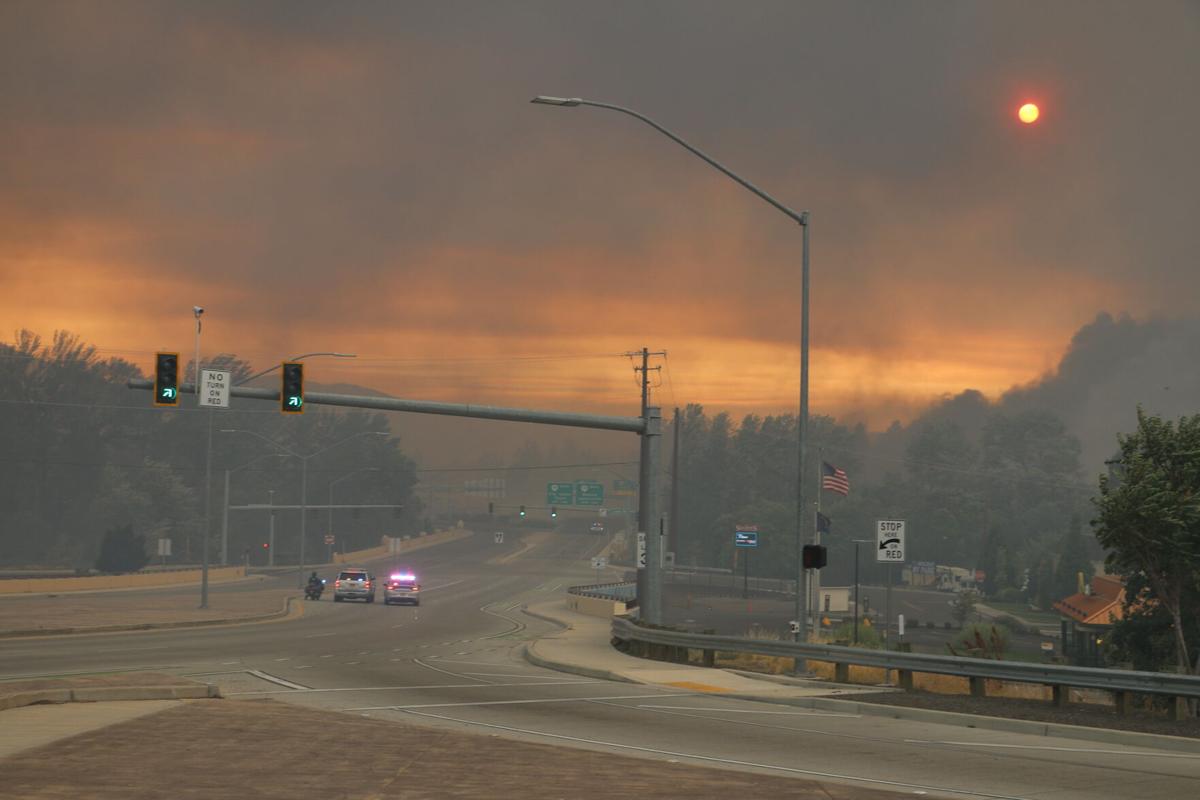 Wildfires continued to rage in Washington and Oregon on Sept. 11, as utilities hustled to restore power to areas that had been shut off, where and when it was safe.

As of Sept. 11, more than 1 million acres have burned in Washington and Oregon, and many utilities had de-energized distribution and transmission lines to assist with firefighting efforts and were waiting for conditions to change to begin restoration efforts.

Over 900,000 acres have burned in Oregon and at times the cities of Salem, Eugene and Medford were under threat. Some communities east of Portland were under Level 1 evacuation orders, meaning that people should be prepared to leave, as of Sept. 11.

On Sept. 9, the Almeda Fire raced north from Ashland destroying much of the small towns of Talent and Phoenix, which lie between Ashland and Medford.

On Sept. 11, the Oregon State Fire Marshal warned that two major fires—the Beachie Creek Fire and the Riverside Fire—were likely to merge. Together, they have burned 315,000 acres and forced evacuations in Clackamas and Marion counties.

Portland General Electric said in a filing with the Oregon PUC that the Riverside Fire was directly threatening its Oak Grove hydroelectric powerhouse in Clackamas County, and was rapidly approaching its Faraday complex and control room.

PGE reported 215,000 customers without power at the height of the outages. As of Sept. 10, the utility still had 28,000 customers without power and had proactively de-energized power lines in eight different high-risk fire areas. Efforts included shutting off power in the Mount Hood corridor, along U.S. Highway 26, to help clear the way for responders to fight the Santiam Canyon, Riverside and other fires, according to the company's Twitter feed.

PGE said in a prepared statement it received unconfirmed reports heavy winds and debris may have damaged its electric equipment, which could have sparked a number of fires that helped contribute to already burning wildfires.

The Santiam Fire, burning in Lane County, forced Lane Electric Cooperative and the Eugene Water and Electric Board to shut off power in certain places.

The co-op shut down all its substations the evening of Sept. 8, leaving its 13,000-plus customers around mostly rural Lane County without power through the night and into Sept. 9.

EWEB turned off substations on Sept. 7 that provide power to customers in the Thurston, Camp Creek, Walterville and Deerhorn areas. On Sept. 8, approximately 3,100 customers remained without power in EWEB's service area.

BPA spokesman Doug Johnson said Sept. 11 that Bonneville's system in the Salem and Eugene areas had been damaged.

"Basically, our power lines are damaged, and we are working with our utility customers to assess it," Johnson said. "As soon as we can get people safely in, we will. But we're making sure we aren't putting crews into harm's way."

Johnson said that BPA was waiting to inspect its lines in Okanogan County, Wash., that were also damaged in Washington's largest fire.

Washington's two largest blazes were burning in Okanogan and Douglas counties, near the cities of Omak and Bridgeport. The largest, the Cold Springs Fire, has burned more than 187,000 acres, according to the Northwest Interagency Coordination Center.

Nearly 500,000 acres in Washington had burned, as of Sept. 10, according to the state Department of Natural Resources.

Douglas County PUD had 2,200 customers without power on Sept. 7, but had returned power to all but 250 of its most rural customers by Sept. 11, Meaghan Vibbert, spokesperson for Douglas PUD, told Clearing Up.

At one point, fire was burning under the three high-voltage transmission lines connecting to Wells Dam hydroelectric project, but only one of the lines was damaged. That line was back in service by Sept. 11, Vibbert said.

At this point the Oregon PUC has no information attributing any specific wildfire to any specific Oregon utility, said PUC Chair Megan Decker, in a prepared statement issued Sept. 11 afternoon.

"As with every major fire, full investigations will deliver the facts that we need to determine root causes, including information about whether utility lines were a primary ignition source," she added. "Accurate, objectively determined facts are what we need to keep Oregonians safe from rapidly evolving fire threats in a changing climate."

Steve began covering energy policy and resource development in the Pacific Northwest in 1999. He’s been editor of Clearing Up since 2003, and has been a fellow at the Institute for Journalism and Natural Resource and University of Texas.

Join NWHA and NHA for a virtual workshop that focuses on a cross-section of topics relevant to the the hydropower industry in the Northwest. Topics this fall include national and regional hot topics, legislative updates, tools to communicate around hydropower and energy imbalance markets upd… Read more