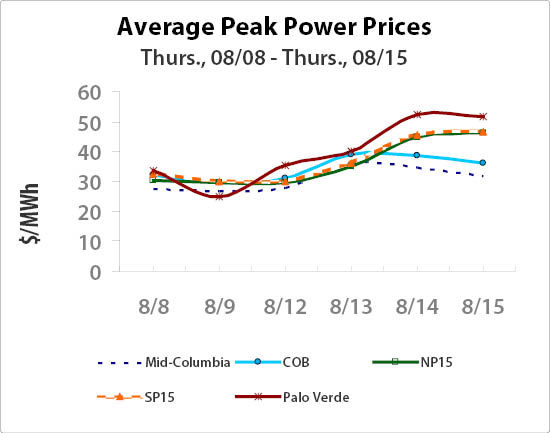 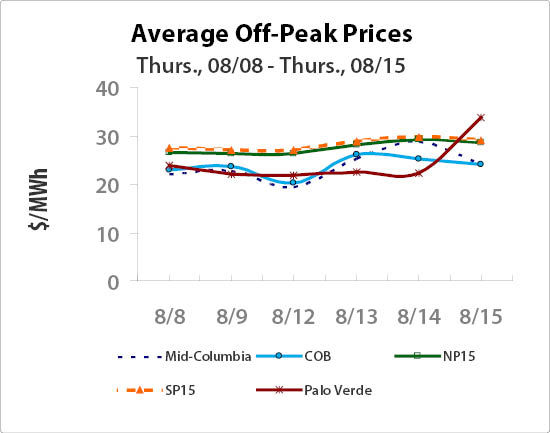 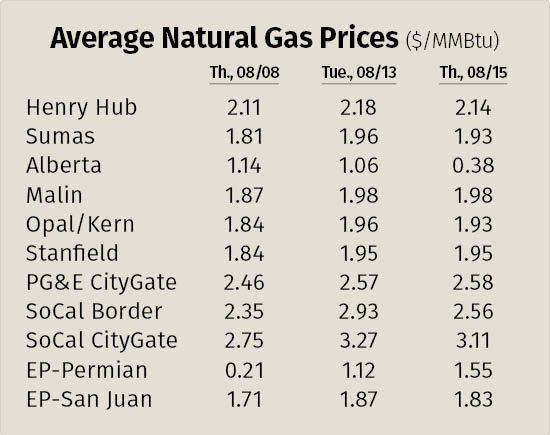 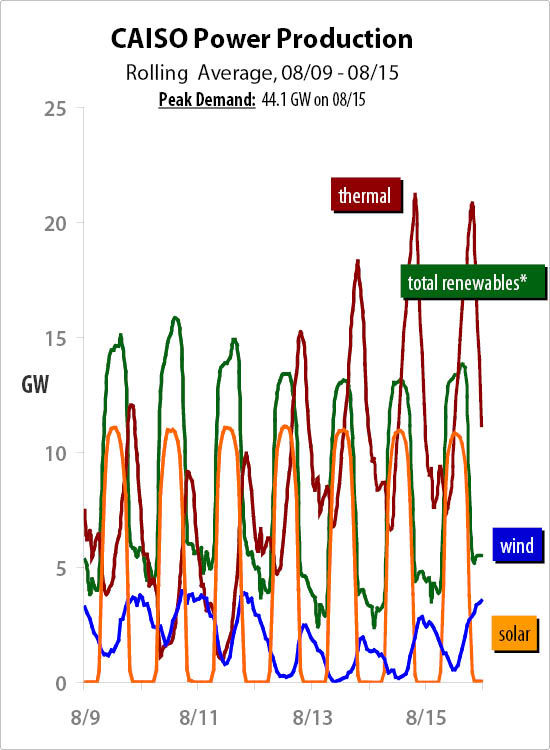 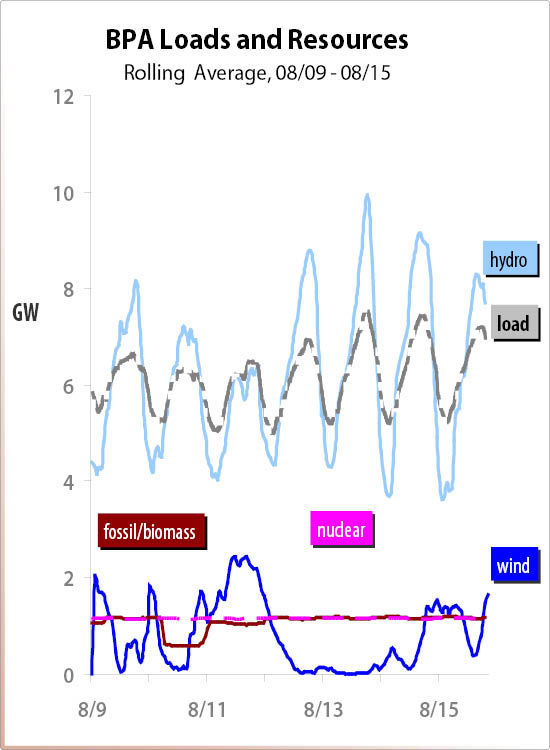 Peak power prices across the West picked up between $4 and as much as $18.25 in trading this week, a portion of which can be attributed to greater California demand and extreme heat across the Southwest.

Temperatures in the Desert Southwest climbed above averages for this time of year to around 110 degrees Fahrenheit Aug. 14 and 15. Some daytime highs approached records, according to Accuweather, which is forecasting near-record heat again Aug. 19 and 20 in areas such as Palm Springs, Phoenix and Las Vegas.

Meanwhile, Western natural gas prices added between 9 cents and as much as $1.34 in Aug. 8 to Aug. 15 trading. El Paso-Permian Basin natural gas added the most, jumping $1.34 to $1.55/MMBtu. Alberta natural gas was the exception, tumbling 76 cents to 38 cents/MMBtu.

Working natural gas in storage was 2,738 Bcf as of Aug. 9, according to the U.S. Energy Information Administration. This is a net increase of 49 Bcf compared with the previous week.

“Prices in Southern California traded in a wide range of $1.31/MMBtu throughout the report week as a result of continued supply constraints in the area,” the EIA said in its weekly report. SoCal CityGate ended above $3 at $3.11/MMBtu. PG&E CityGate closed the ­trading period at $2.58/MMBtu, and SoCal Border ended at $2.56/MMBtu.

Agency analysts also noted that natural gas spot prices “have been on a downward trend since early spring,” with Henry Hub spot gas prices at a ­multiyear low. The spot price at the hub was $2.02/MMBtu, the lowest recorded since May 30, 2016, EIA said.