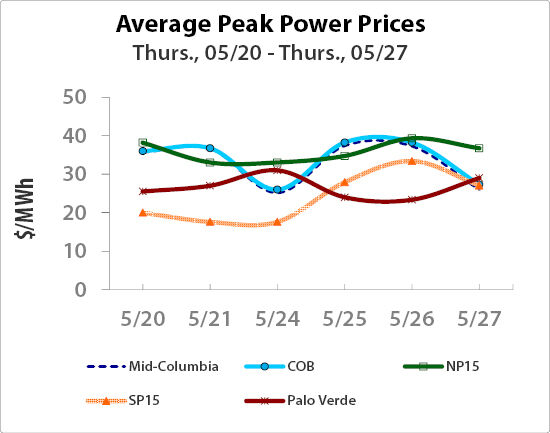 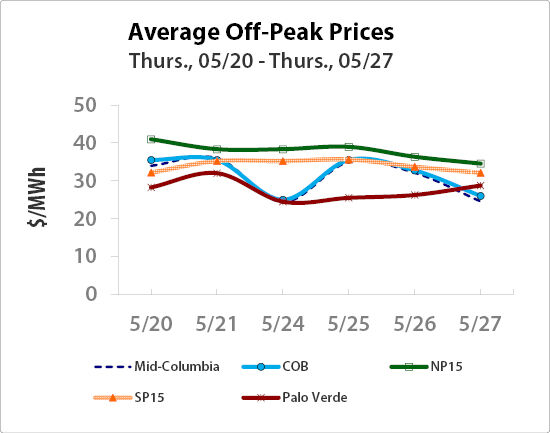 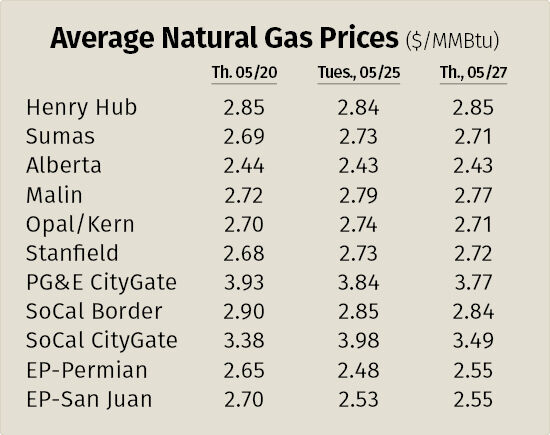 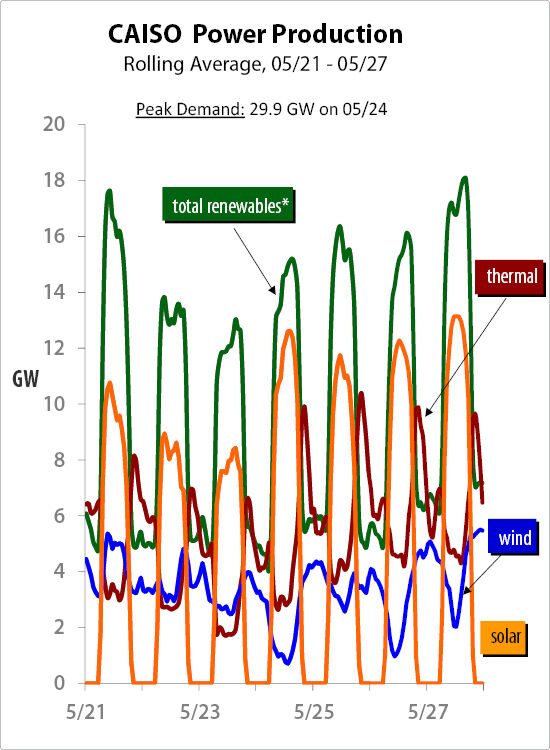 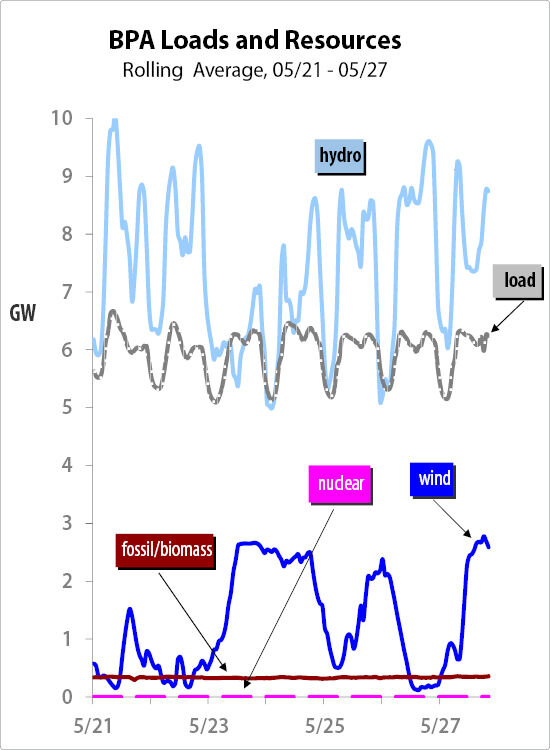 California natural gas prices were mixed for yet another week despite the end of scheduled maintenance in Southern California.

The U.S. Energy Information Administration attributed the situation to "weather and storage maintenance [that] continue to pull prices in opposite directions." Five of 10 Western natural gas hubs saw values drop in May 20 to May 27 trading, while another five posted gains.

The contrasts were more pronounced in the EIA's Wednesday-to-Wednesday report week, during which PG&E CityGate dropped 21 cents to $3.75/MMBtu by May 26 and SoCal CityGate jumped 86 cents to $4.10/MMBtu.

Southern California Gas reported "impairments to storage field injections across its network" totaling 430 MMcf per day, down from 810 MMcfd the previous week because annual maintenance at the Aliso Canyon storage facility was completed May 24, the EIA said in its weekly report. Injections were reduced by 545 MMcfd during the maintenance period. "Once this maintenance was completed, more natural gas began flowing into storage, and therefore, provided an outlet for excess natural gas volumes to balance the market, which was not available when this storage field was under maintenance," the EIA said.

But maintenance operations continue, according to the company's ENVOY postings. Work on a compressor station is scheduled to end May 28. The utility also said it intends to make withdrawals from the storage facility for cleanup flow testing May 25 and May 26, as well as June 2 through June 4. The withdrawals are exceptions to the California PUC's Aliso Canyon Withdrawal Protocol.

Also, injections into Playa del Rey storage have been halted. The facility is full. The capacity reduction is 25 MMcf.

National working natural gas in storage was 2,215 Bcf as of May 21, according to EIA estimates—a net increase of 115 Bcf compared with the previous week.

Henry Hub natural gas values remained even in trading at $2.85/MMBtu by May 27.

Off-peak prices generally lost value, led by California-Oregon Border nighttime power, which dropped $9.50 to end at $26/MWh by May 27. Palo Verde proved the exception, adding 50 cents to arrive at $28.75/MWh.