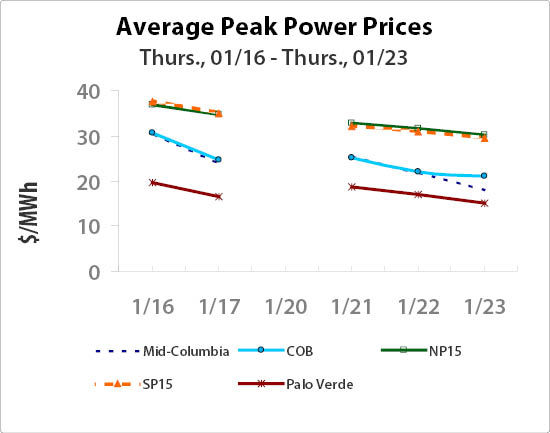 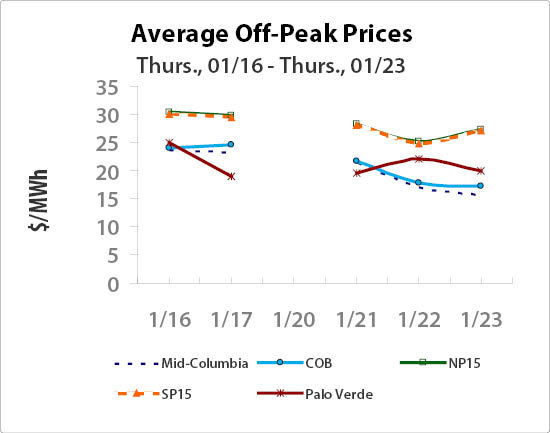 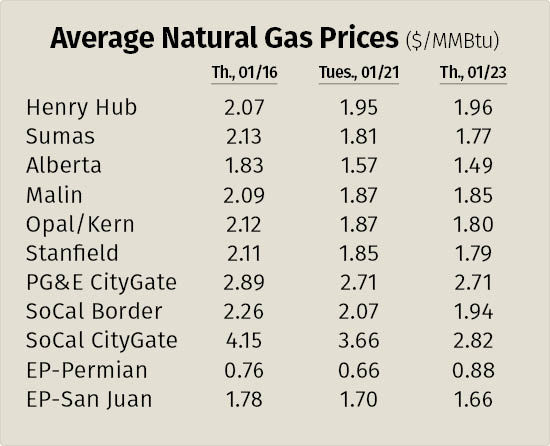 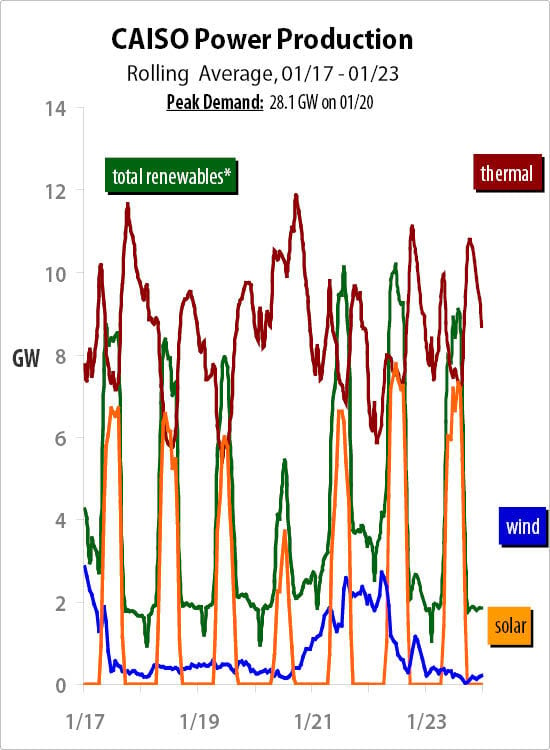 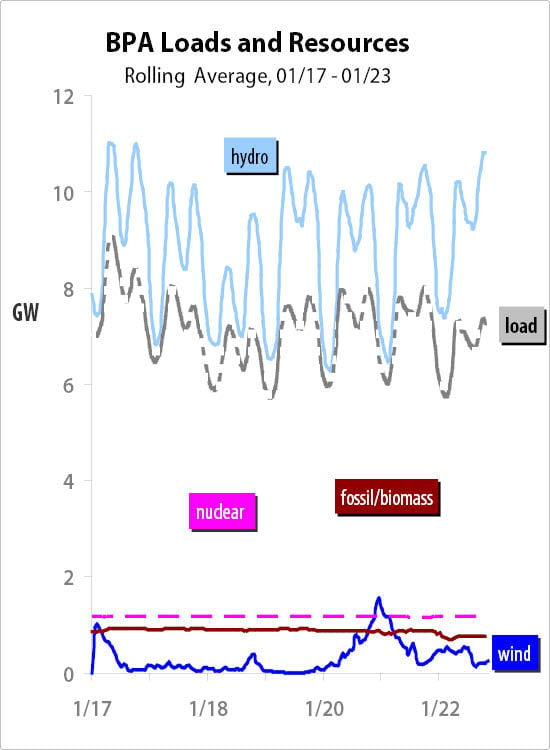 Western energy prices continued to plummet, depressed by a lack of cold weather across most of the continental United States.

The agency attributed the drop to "generally warmer than normal" conditions for most of the country, save for the Northeast and Midwest.

California experienced "more temperate weather" that "eased" net withdrawals from storage, according to the EIA. Energy GPS analysts note this weather pattern "has been locked in since early December 2019" and add that January "is going to go down as one of the warmest ones in recent history."

In Jan. 16 to Jan. 23 trading, SoCal CityGate natural gas posted the greatest loss among Western hubs, falling $1.33 to $2.82/MMBtu. PG&E CityGate was the only other Western hub that managed to trade above the $2 mark, at $2.71/MMBtu after shedding 18 cents.

Western natural gas prices generally fell by between 12 cents and as much as $1.33 in trading; however, El Paso-Permian natural gas was the exception, adding 12 cents to reach 88 cents/MMBtu.

National working natural gas in storage was 2,947 Bcf as of Jan. 17, according to the EIA. This is a net decrease of 92 Bcf compared with the previous week.

Energy GPS, in the same Jan. 23 note, said that until the weather changes, "the production numbers are going to be drowning the natural gas supply/demand balance equation."