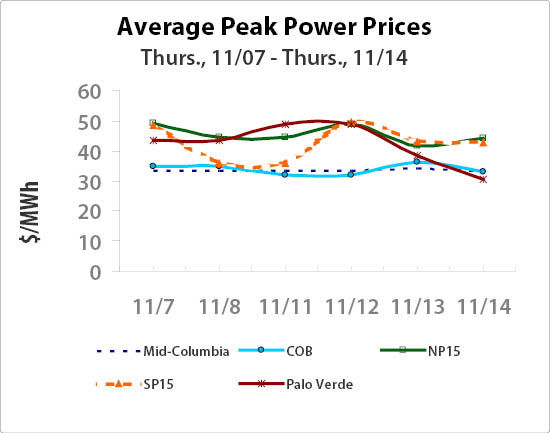 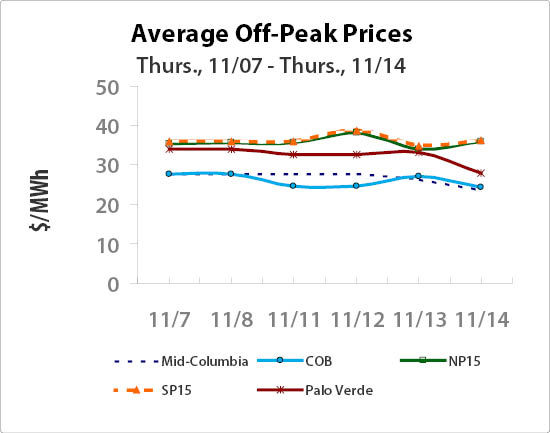 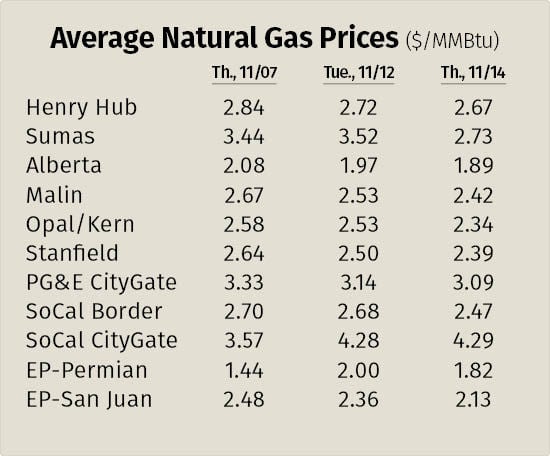 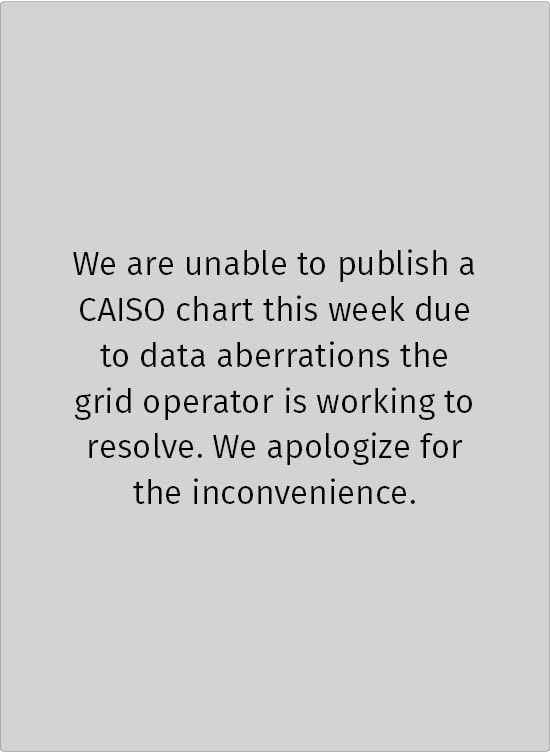 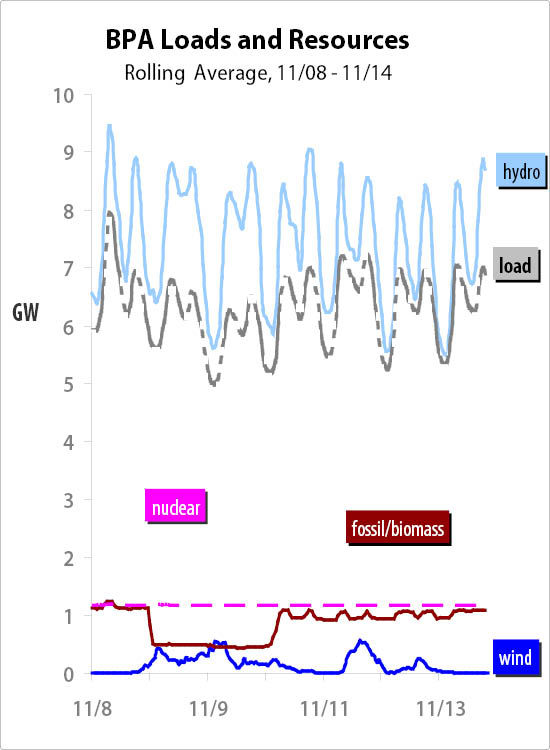 The West continues experiencing low amounts of wind generation, which is atypical for this time of year.

Both the Pacific Northwest and California have recorded "well below normal output the first two weeks of [November]," according to Energy GPS, a Portland-based energy consulting firm.

The month-to-date average for wind sent to the California ISO grid has been 0.4 GW, compared with roughly 1.2 GW, on average, across a 24-hour period around the same time last year.

At BPA, wind did reach almost a 610-MW peak between Nov. 8 and Nov. 14; however, for at least two days in total, the wind output was 10 MW or less. This is a relative improvement from the week prior, when wind generation struggled to reach a maximum output of 165 MW.

Working natural gas in storage was 3,732 Bcf as of Nov. 8, according to the U.S. Energy Information Administration. This is a net increase of 3 Bcf compared with the previous week.

Total U.S. consumption of natural gas reached an all-time high of 126 Bcf per day on Nov. 12, according to the EIA. This was 10 percent greater than the prior report week and roughly 15 Bcf higher than the previous record, which was set on Nov. 27, 2018.

The Pacific Region posted a 2-Bcf withdrawal, bringing regional natural gas stocks to 290 Bcf. This is 9 percent more than a year ago, but 11.6 percent less than the five-year average.

Western nighttime power prices generally dropped between $4 and $6 in trading. Palo Verde off-peak power lost the most, down $6 to $28/MWh. North and South of Path 15 edged higher, with each picking up less than a dollar over the trading week.

Data aberrations plagued CAISO starting Nov. 11. "We are experiencing problems with the data and are working to resolve it," the grid operator said. Similar issues in October were attributed to system maintenance.