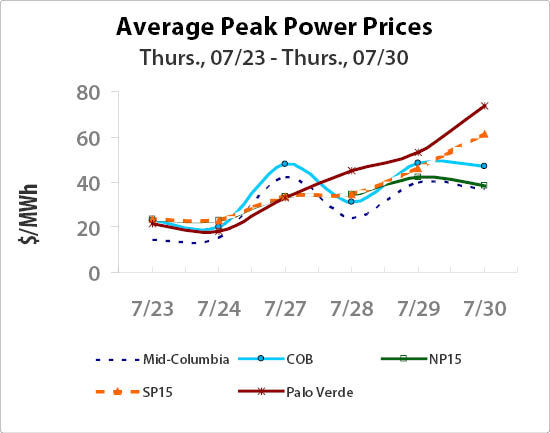 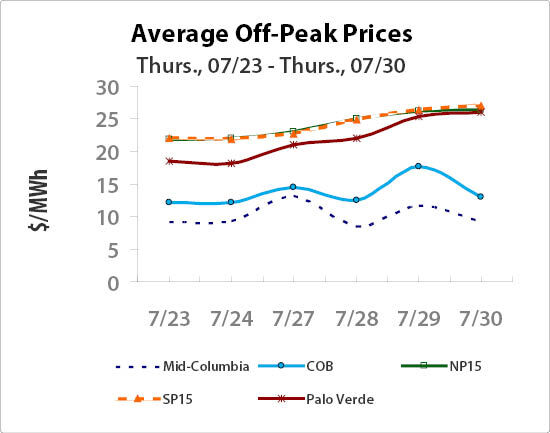 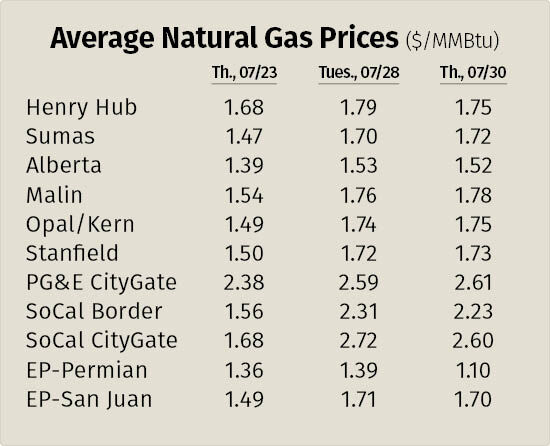 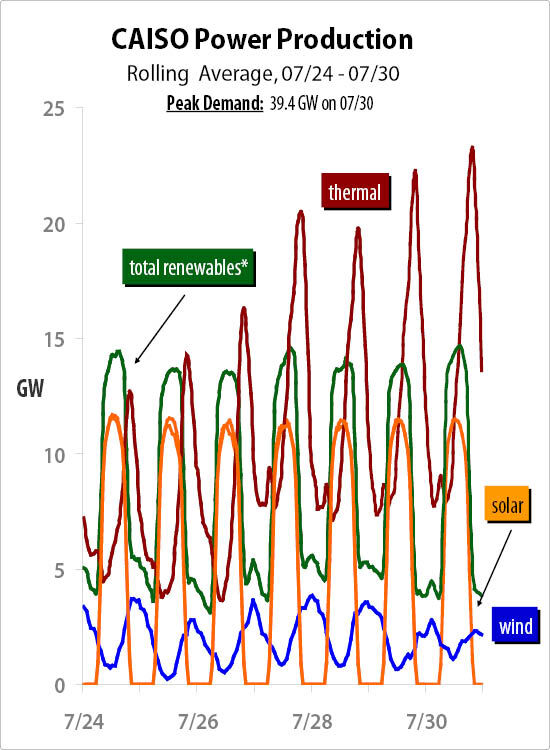 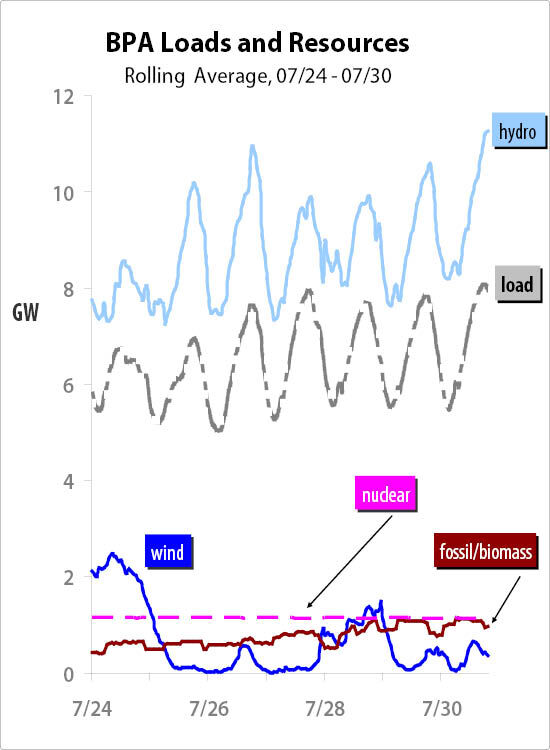 Restrictions at the SoCal Gas Honor Rancho storage facility started July 28 and are scheduled to continue through Sept. 19. The utility is conducting a well-isolation workover as part of its Storage Integrity Management Program, which reduced capacity by 45 MMcf. A separate line item in the schedule notes another 485-MMcf reduction. Work is also scheduled at the La Goleta storage facility in August that is anticipated to restrict storage capacity there.

Natural gas storage injections and withdrawals are already restricted at the Aliso Canyon storage field. A high inventory shut-in for maintenance that began at the facility July 22 is scheduled to end Aug. 6.

Western natural gas prices rose by between 13 cents and as much as 92 cents in July 23 to July 30 trading. SoCal CityGate gained 92 cents to $2.60/MMBtu while Southern California Border gained 67 cents, ending at $2.23/MMBtu. The exception was El Paso-Permian Basin natural gas, which shed 26 cents to $1.10/MMBtu.