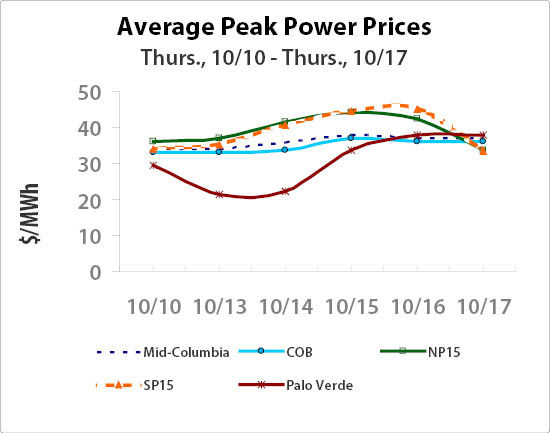 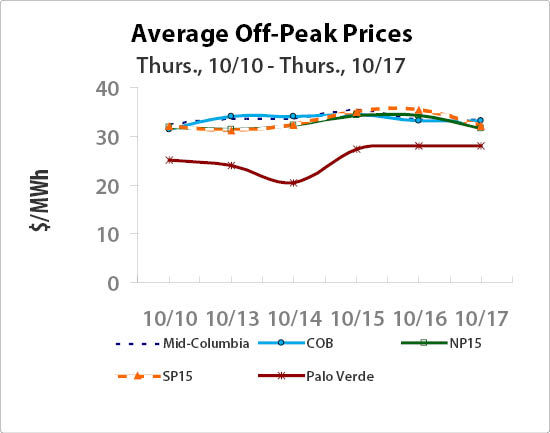 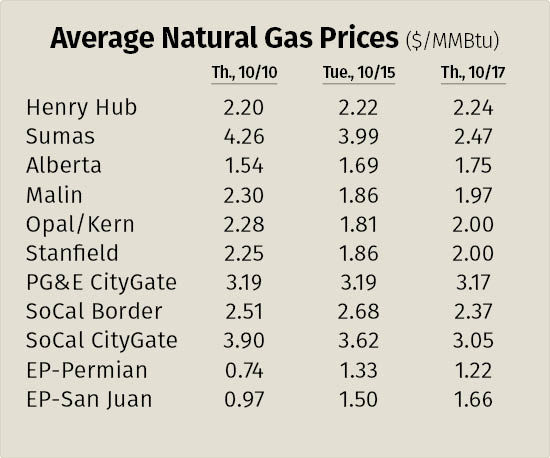 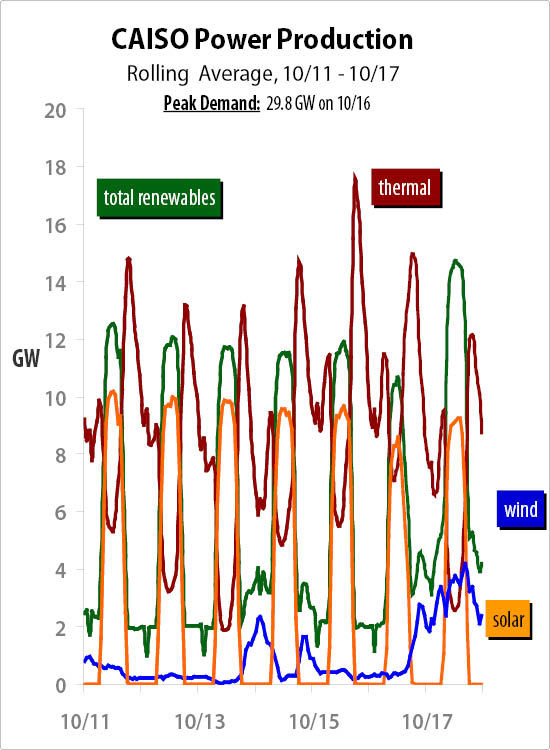 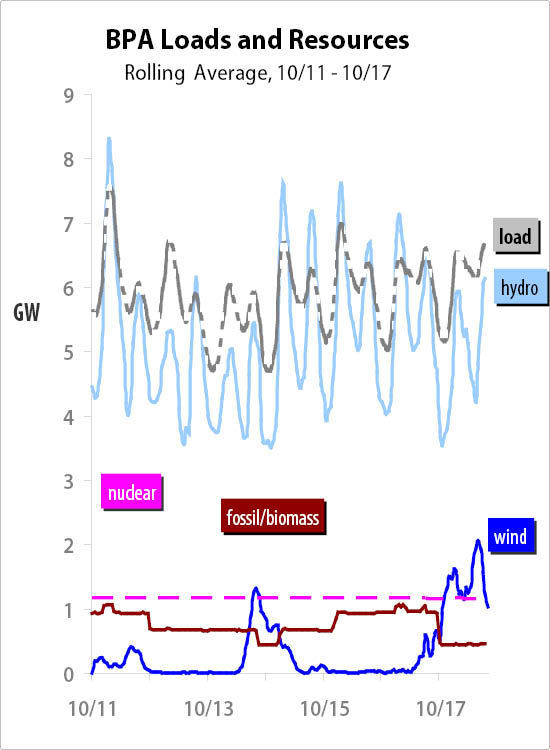 An end to repairs at key infrastructure locations in the West means natural gas transmission flows have resumed, sending some prices lower, although some lines are not yet at full capacity.

Southern California Gas returned its Line 235-2 to service and announced it would be scheduling transmission for the Oct. 15 gas day.

The progress was detailed in an Oct. 14 pipeline status report posted on the utility's ENVOY system.

The process of returning Line 235-2 to service was fraught with delays. It had been out of service since Oct. 1, 2017. In attempts to restore the line to full pressure, additional leaks were found in remote locations.

SoCal Gas had said it would start repairs to Line 4000 once Line 235-2 was back in service. Six different spots are currently being "remediated," and it should return to service once work is complete, the company said. It was previously expected to be in service by Nov. 4.

Sumas natural gas prices tumbled as maintenance wrapped up at the Jackson Prairie storage facility. Flows started again Oct. 18. This will "relieve some of the cash pressure that is currently showing up at the Sumas hub," Energy GPS analysts said in an Oct. 17 report.

The increased regional supply, Energy GPS analysts said in an Oct. 18 report, places the West "in 'discovery mode' as SoCal Gas is expecting the transport line maintenance to be ending and the capacity to its north zone to increase." This will help going into winter as the grid needs the supply. In the Pacific Northwest, Enbridge said it would like to have its pipeline back to 90 to 95 percent by the beginning of November. This is a "game changer" and was reflected in the November and December futures contracts, Energy GPS said.