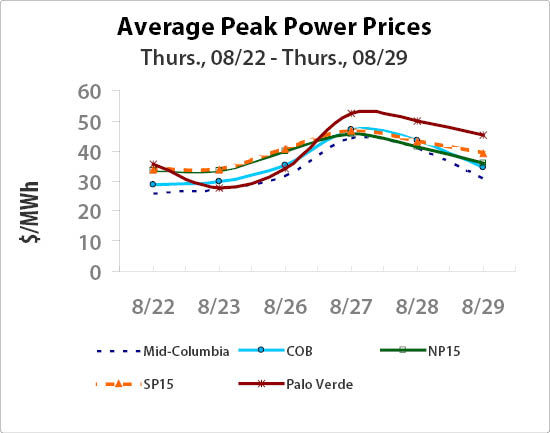 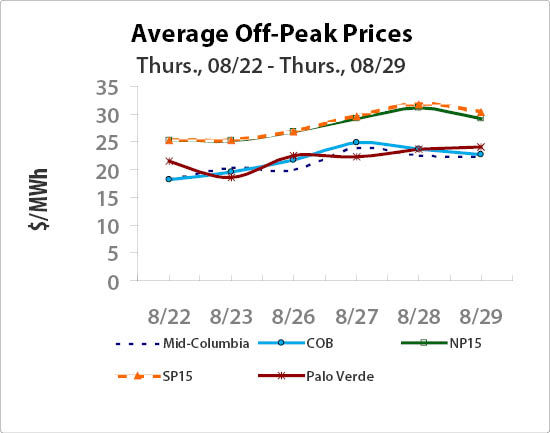 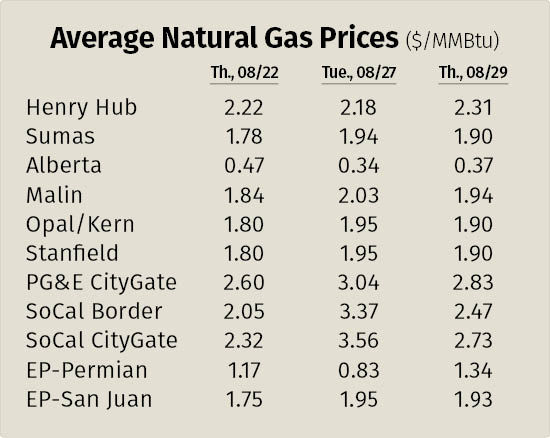 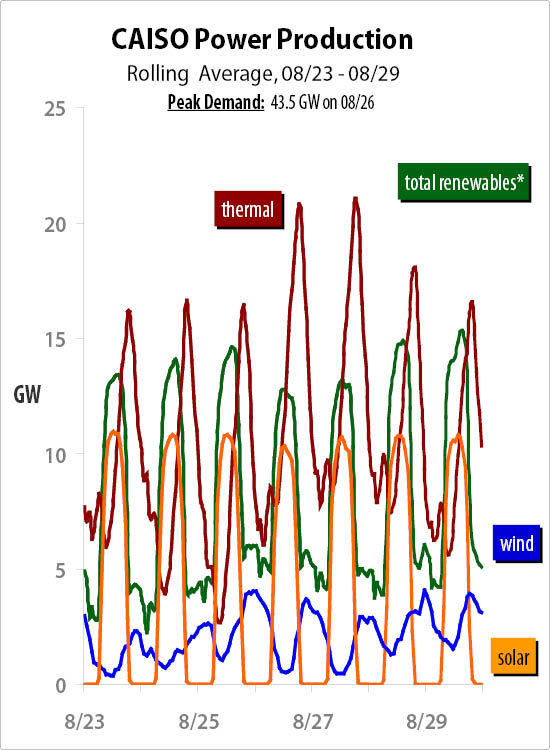 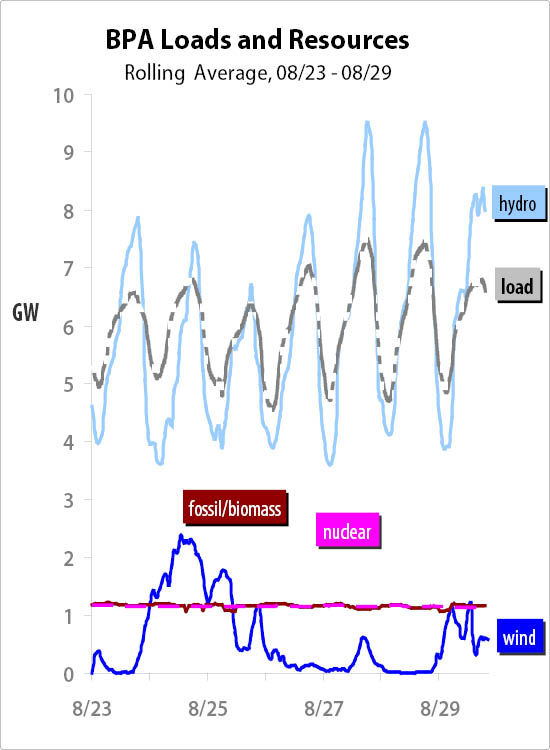 Natural gas prices at three California hubs moved above the $3 per MMBtu mark as withdrawals were made from regional storage facilities.

A total of 0.91 Bcf of natural gas was withdrawn from regional storage between Aug. 24 and Aug. 28. This included 0.115 Bcf that Southern California Gas Co. withdrew from Aliso Canyon Aug. 28 as protocol ­conditions for withdrawal were met.

The utility reported via its ENVOY system that it started making withdrawals at approximately 7:40 a.m. Pacific Time Aug. 28 and stopped at roughly 7:11 p.m.

Western natural gas prices gained between 10 cents and as much as 42 cents in trading. Alberta proved the exception, shedding 10 cents to end up at 37 cents/MMBtu.

Western power values also experienced increases over the trading period. Palo Verde peak power was up 27 percent or $9.65 to $45.30/MWh, while other hubs added a few dollars. By Aug. 29, daytime Western power prices ranged from $30.95/MWh at Mid-Columbia to $45.30/MWh at Palo Verde.

Working natural gas in storage was 2,857 Bcf as of Aug. 23, according to the U.S. Energy I­nformation Administration. This was a net increase of 60 Bcf ­compared with the previous week.

EIA analysts say the average rate of net additions into gas storage is 30 percent greater than the five-year ­average for the April through October refill season.

Should the rate of injections match the five-year ­average of 10.7 Bcfd for the remainder of the refill ­season, the agency said there would be 3,592 Bcf of ­natural gas in storage by Oct. 31, which would be 100 Bcf less than the five-year average of 3,692 Bcf for that time of year.