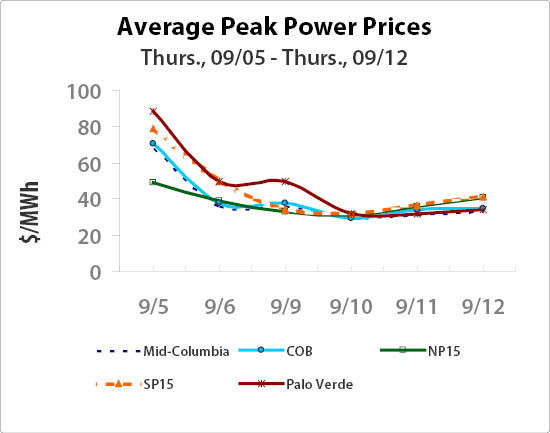 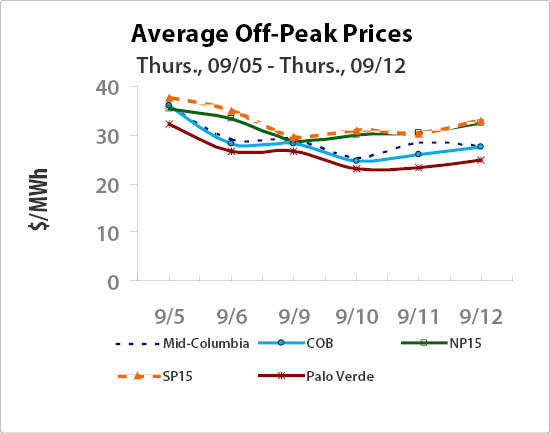 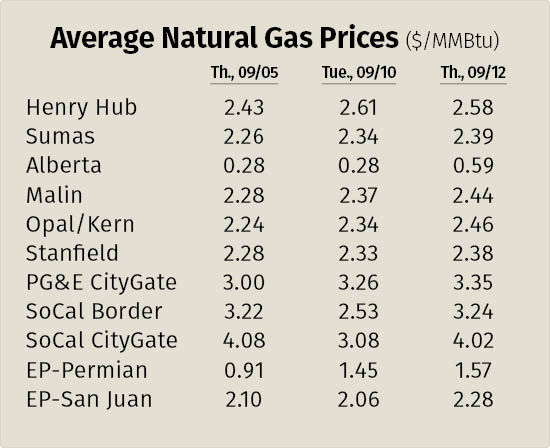 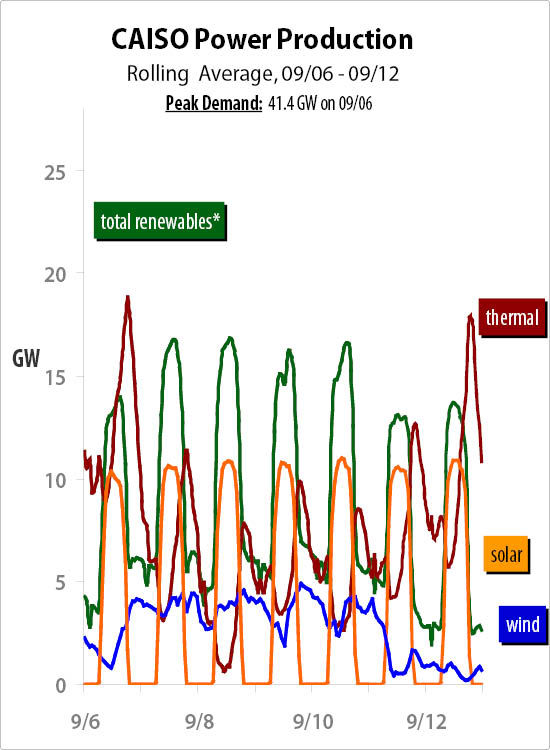 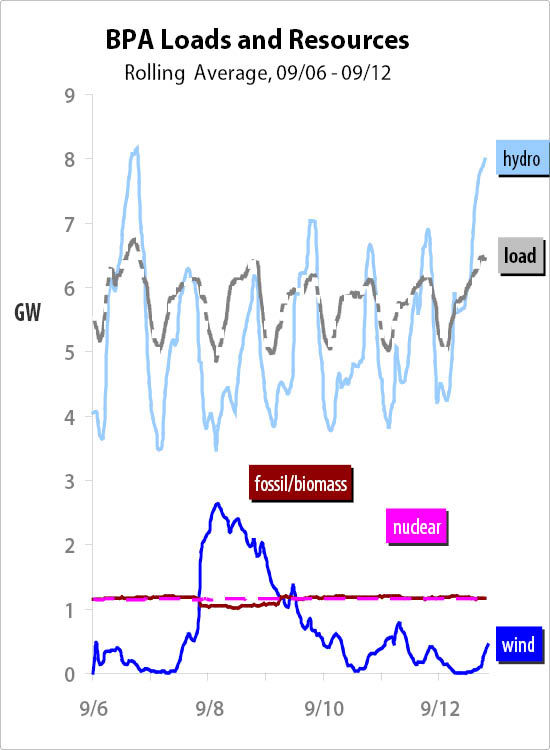 With the departure of warmer-than-normal temperatures across the West, regional energy prices deflated over the trading week.

Between Sept. 5 and 6 alone, Western power prices fell between 21 and 47 percent. Over the Sept. 5 to Sept. 12 trading period, prices dropped between 17 and 62 percent.

Western natural gas prices trended higher throughout trading, with hubs adding between 2 cents and as much as 66 cents per MMBtu in trading. El Paso-Permian Basin values increased the most, ending at $1.57/MMBtu. SoCal CityGate natural gas proved the exception, eroding 6 cents, but managing to stay above $4 at $4.02/MMBtu.

Working natural gas in storage was 3,019 Bcf as of Sept. 6, according to the U.S. Energy Information Administration. This is a net increase of 78 Bcf compared with the previous week.

In a Sept. 11 pipeline status report, the utility said the line might be back in service by Oct. 14. Once returned to service, it will be inspected again. Line 235-2 has been out of service since rupturing and exploding on Oct. 1, 2017. Additional leaks were found in remote locations as the line was being brought back to full pressure, SoCal Gas said.

Line 4000 work is set to begin Sept. 19. The line will be taken out of service for validation dig activities and should return to service Nov. 14.

No progress was reported on repairs to Line 3000. There have been no changes on the line reported since the initial status report was released Jan. 28. It had been out of commission since July 2016 and is now back in service at reduced pressure, which does not increase system capacity due to the bottleneck created by the outages on lines 235-2 and 4000, but does increase redundancy, according to the California PUC.