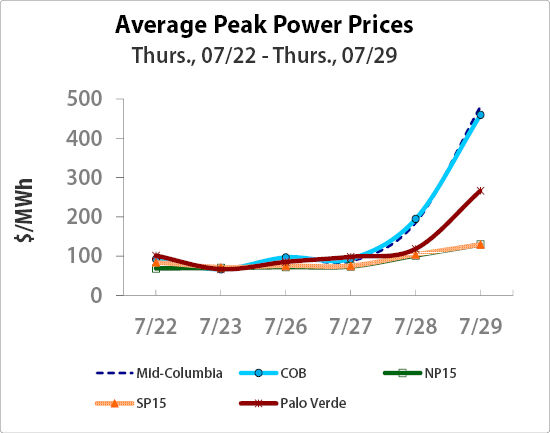 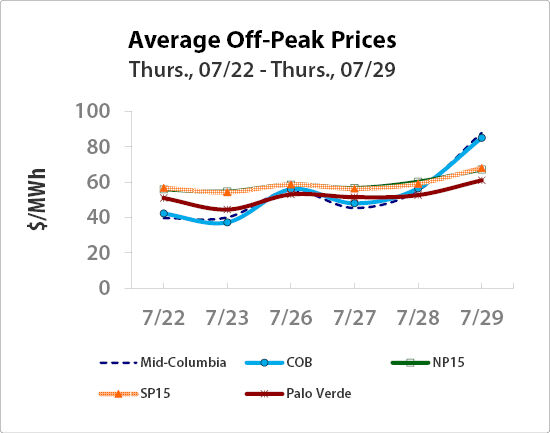 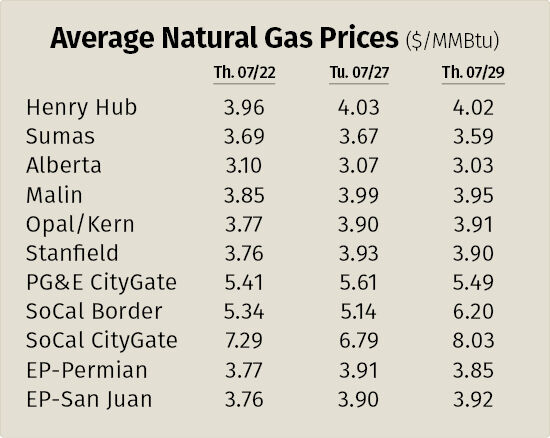 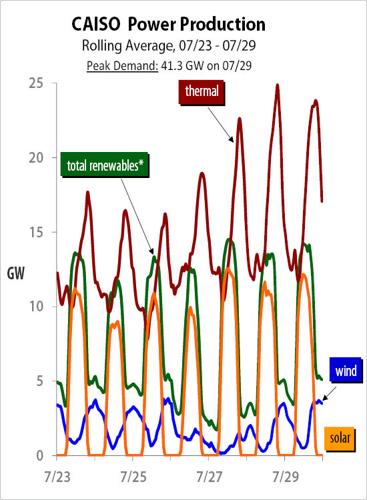 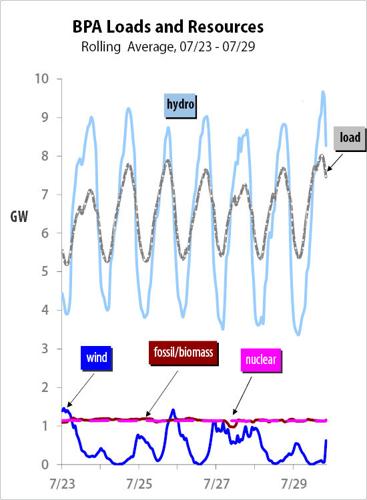 Another round of intense heat across the Western U.S. prompted most energy prices to skyrocket in trading.

The California ISO issued a Flex Alert for July 28 on the expectation of heavy heat-related demand in Northern California. That day, demand was 40,855 MW, but the week's high of 41,281 MW was recorded July 29. Although no Flex Alert was called July 29, CAISO did issue a Grid Warning.

Western peak power prices jumped by as much as roughly $392 in July 22 to July 29 trading, while almost all natural gas hubs saw increases that pushed California prices above $5/MMBtu.

Western natural gas generally added value in trading. California hubs—led by SoCal Border, which gained 86 cents—moved well above $5 by the end of trading. SoCal CityGate had the highest price at $8.03/MMBtu. PG&E CityGate gas ended at $5.49/MMBtu and SoCal Border gas at $6.20/MMBtu.

Exceptions were Alberta and Sumas natural gas, which shed 7 and 10 cents, respectively, ending at $3.03/MMBtu and $3.59/MMBtu.

National working natural gas in storage was 2,714 Bcf as of July 23, according to U.S. Energy Information Administration estimates, a net increase of 36 Bcf compared with the previous week. This is 523 Bcf less than last year and 168 Bcf less than the five-year average of 2,854 Bcf.

Consumption of natural gas for power generation in the Western U.S. increased by 3.5 percent week over week, according to the EIA. Total U.S. consumption of natural gas increased 3.6 percent between July 21 and July 28. Natural gas used for power generation rose by 2.2 Bcf per day, or 5.8 percent, week over week, which the agency said was largely due to decreased power demand in the West and the northern U.S.