Sign Up
Log In
Purchase a Subscription
You are the owner of this article.
Edit Article Add New Article
You have permission to edit this article.
Edit
Welcome, Guest
Home
Briefs
Opinion & Perspectives
Price Report
Supply & Demand
Courts & Commissions
Environment
Clearing It Up
Share This
1 of 7 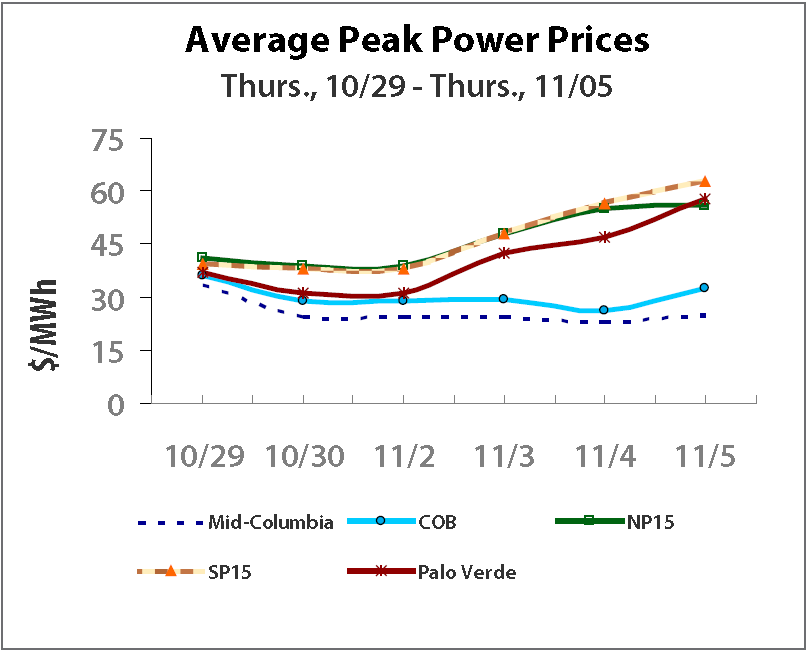 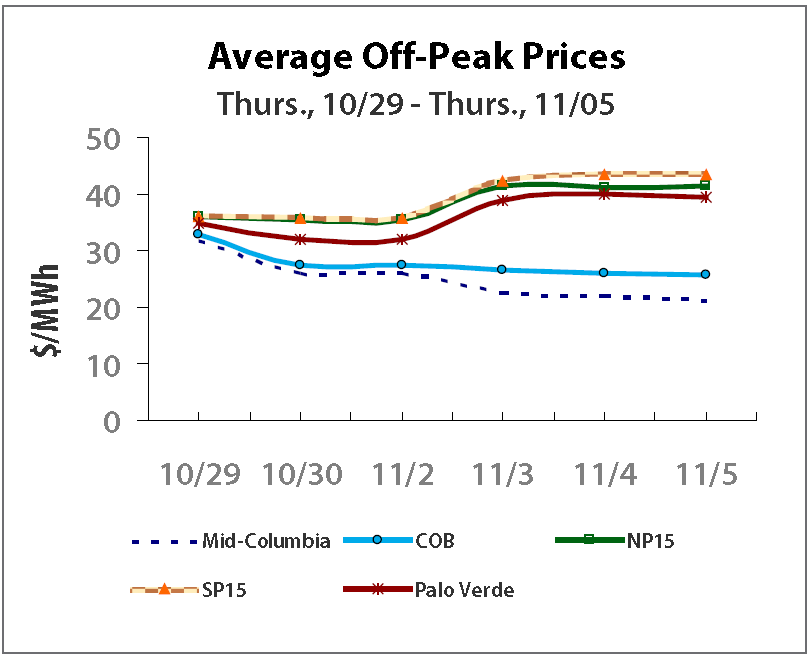 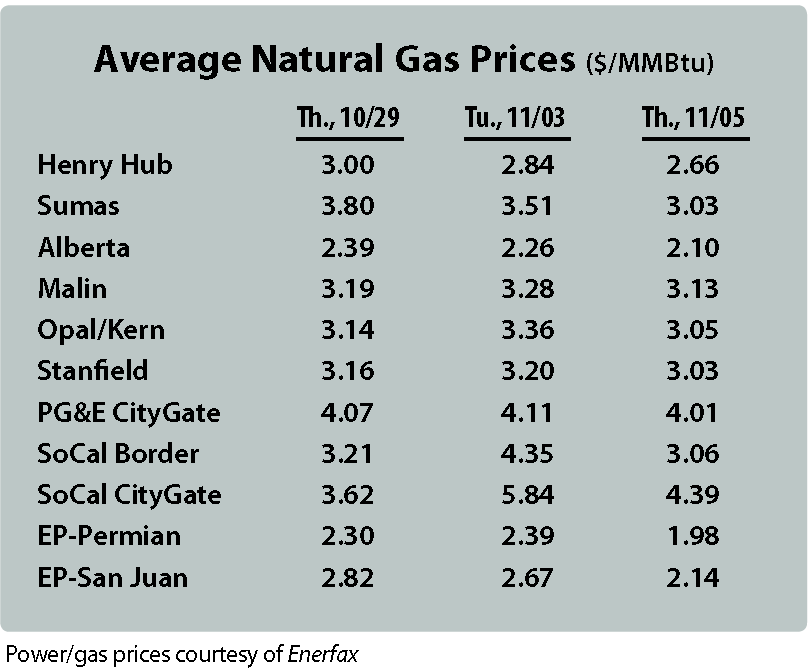 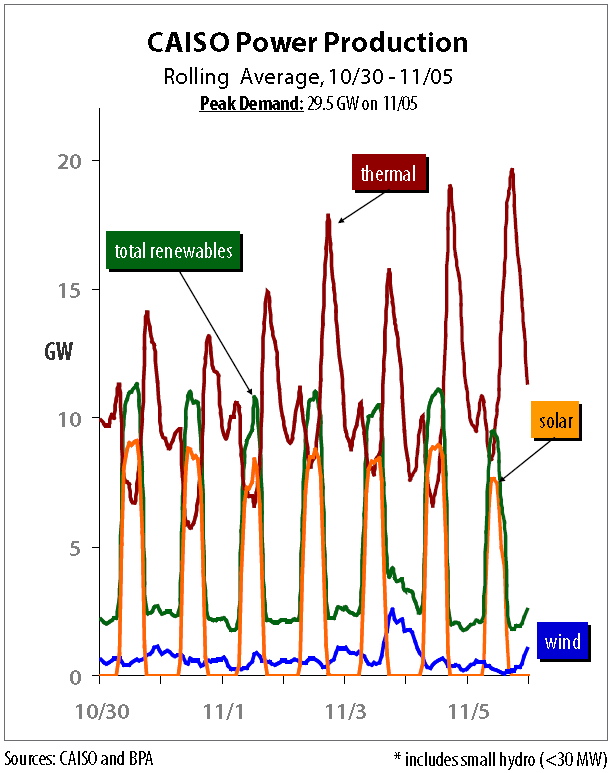 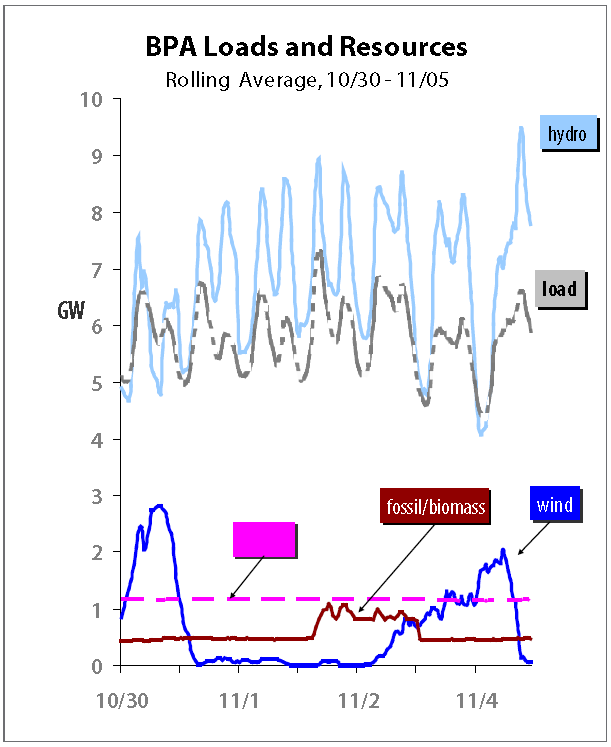 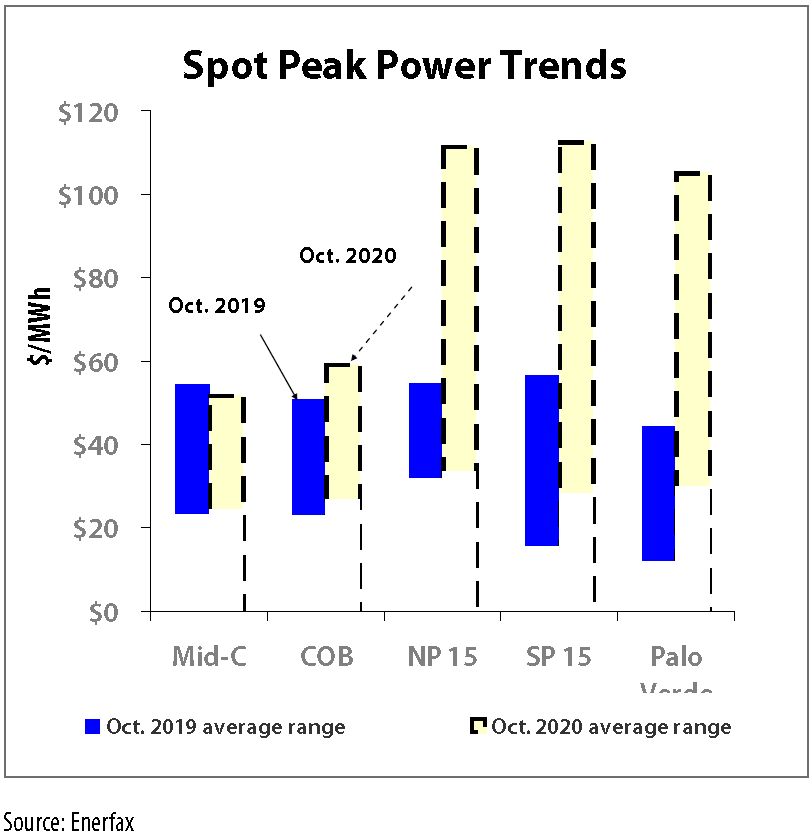 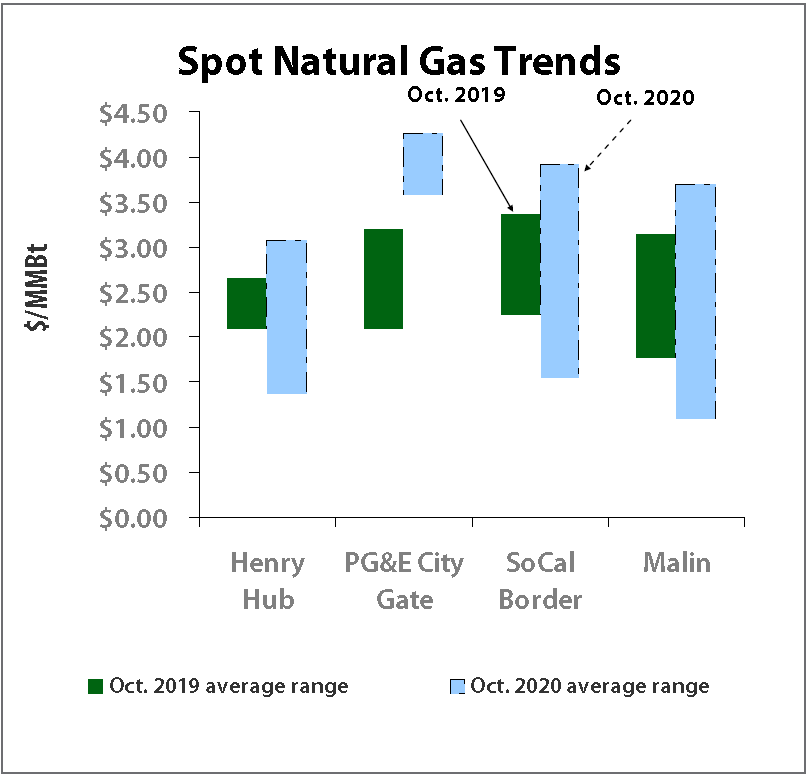 Increased solar-generation has precipitated an added need for natural gas-fired generation between 4 p.m. and 6 p.m. to meet California power demand, according to a new U.S. Energy Information Administration analysis.

In those 2020 summer months when the daily solar generation accounted for between 30 and 40 percent of total generation between 10 a.m. and 2 p.m., natural gas-based generation increased by between 2.5 and 4.5 GWh. The agency based this on data from its Hourly and Daily Balancing Authority Operations Report.

The agency said there were several days this summer when the California ISO and other balancing authorities needed on average 3.7 GW more natural gas fired generation between 4 p.m. and 6 p.m. It said that for several days in the summer of 2020, "more than 5.5 GW of natural gas-fired capacity ramped up between 4:00 p.m. and 6:00 p.m. to meet higher-than-average peak demand."

Natural gas prices in the West lost value by the end of trading. Sumas natural gas lost the most, down 77 cents to $3.03/MMBtu. SoCal CityGate proved the exception, adding 77 cents after a $2.22 Thursday-to-Tuesday leap, ending at $4.39/MMBtu.

National working natural gas in storage was 3,919 Bcf as of Oct. 30, according to the EIA. This is a net decrease of 36 Bcf compared to the previous week.

Average Western peak power prices for October generally increased compared to the year prior. Palo Verde added the most year over year, up $61 to $105.25/MWh. Mid-Columbia values tumbled $2.65 year over year to $51.65/MWh.