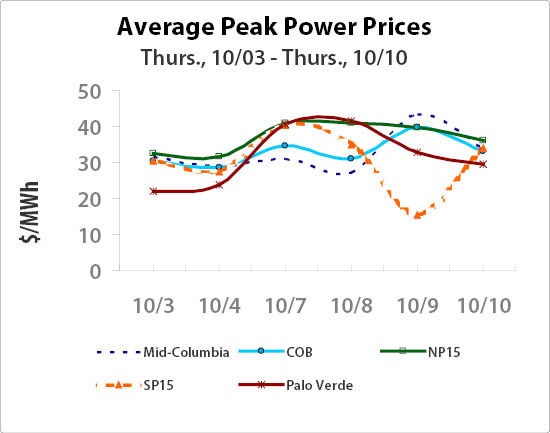 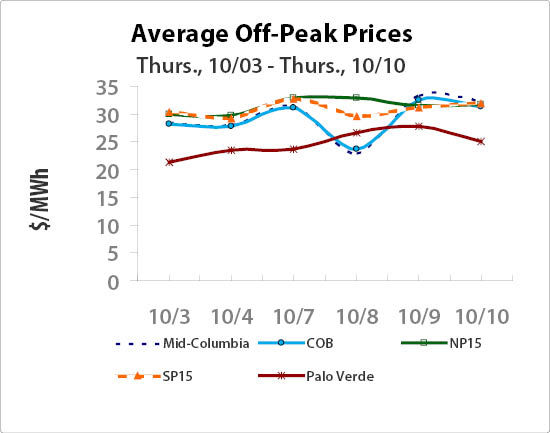 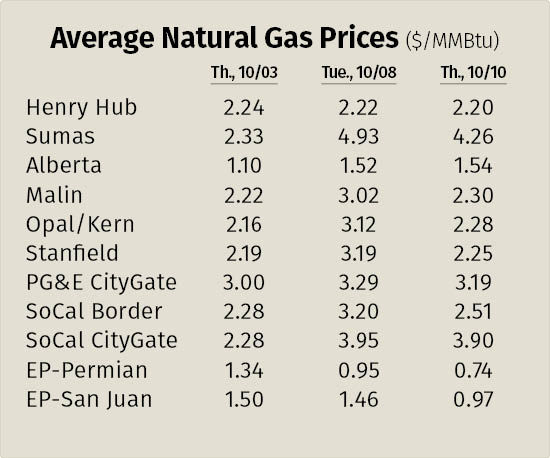 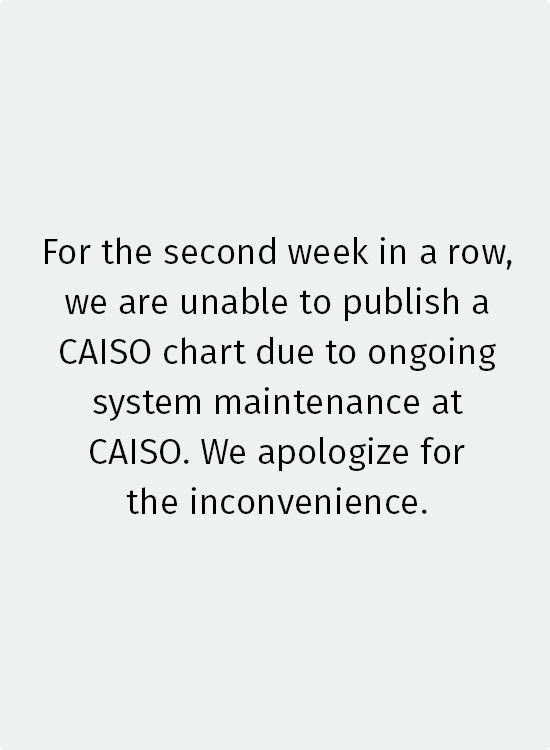 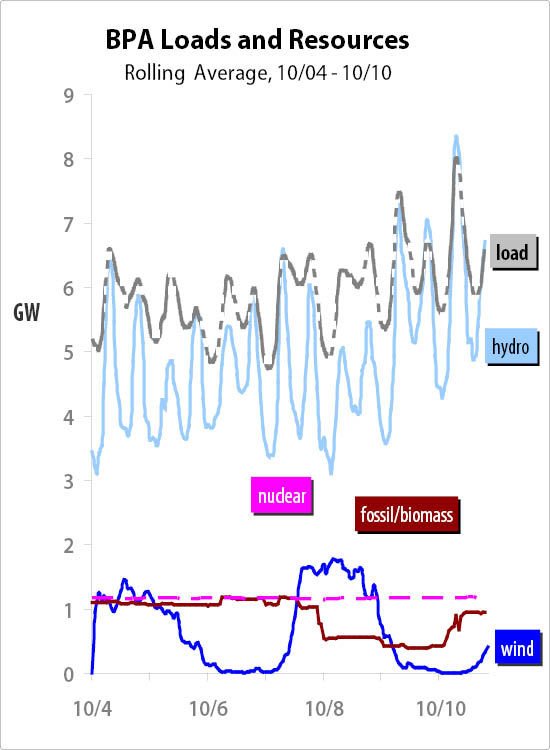 Flows on the Redwood Path natural gas pipeline, which Pacific Gas & Electric operates, were 2.1 Bcf per day in the weeks before the shut-off and are now 0.5 Bcfd lower due to “demand destruction and a planned ­maintenance event,” according to the U.S. Energy­ I­nformation Administration. The pipeline transports gas from Malin, Ore., into California.

The California ISO continued to experience data issues, which it attributed to ongoing system ­maintenance. A disclaimer for Oct. 4 through Oct. 7 data was issued by the grid operator, reflected in a “No Good Data for C­alculation” notice across several raw data points for Oct. 10.

Southern California Gas expects Line 235-2 to return to service by Oct. 14. The utility said this is “dependent on a successful progressive pressure restoration process after the leak repairs are completed.” Once it returns to service at a reduced pressure, it will be inspected again. The line has been out of service since Oct. 1, 2017. In continuing to restore the line to full pressure, additional leaks have been found in remote locations.

Additionally, a planned San Diego Gas & Electric systemwide curtailment of CAISO dispatchable electric generation will start Oct. 14 and is expected to last either through Oct. 21 or until the pipeline maintenance necessitating the curtailment is completed.

Palo Verde Nuclear Generating Station’s 1,333 MW Unit 3 has been off line for refueling since midnight Oct. 4. Diablo Canyon Power Plant’s Unit 2 also remains off line after being shut down for scheduled refueling and maintenance Sept. 22.