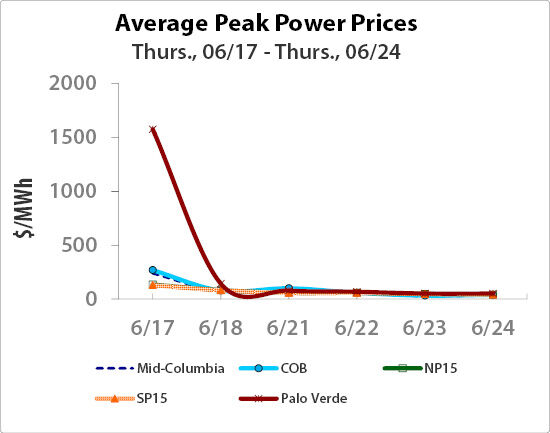 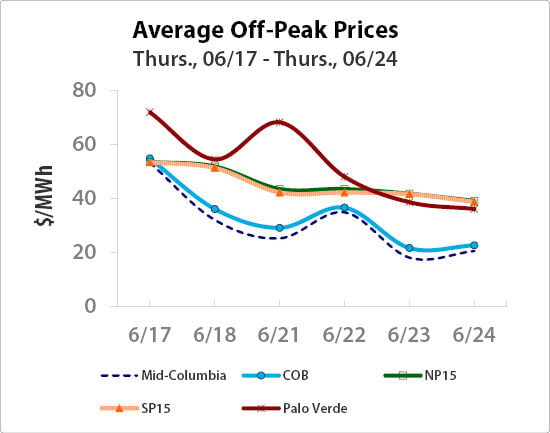 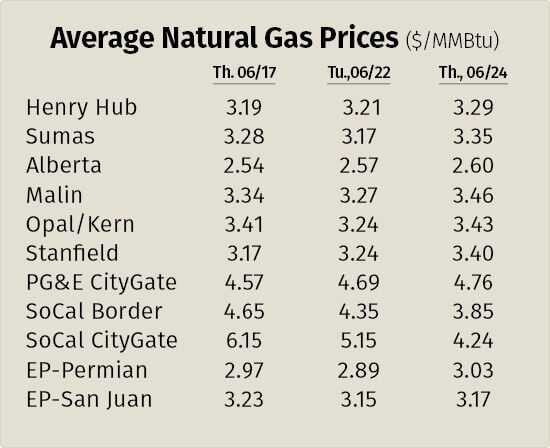 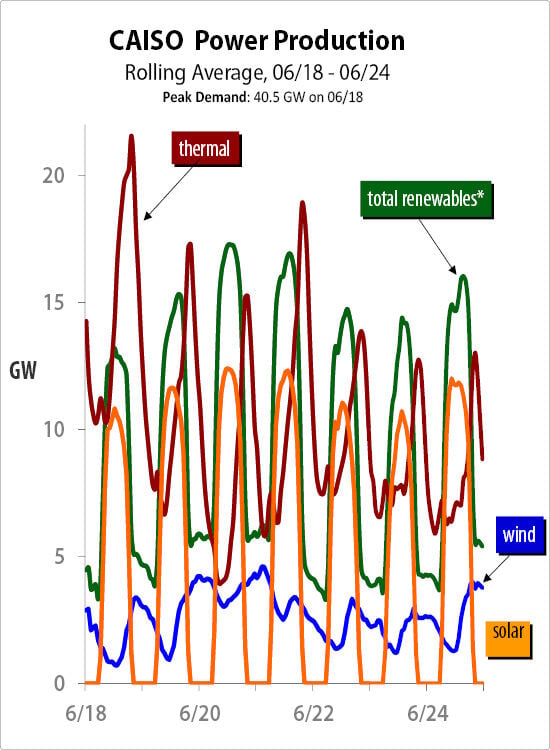 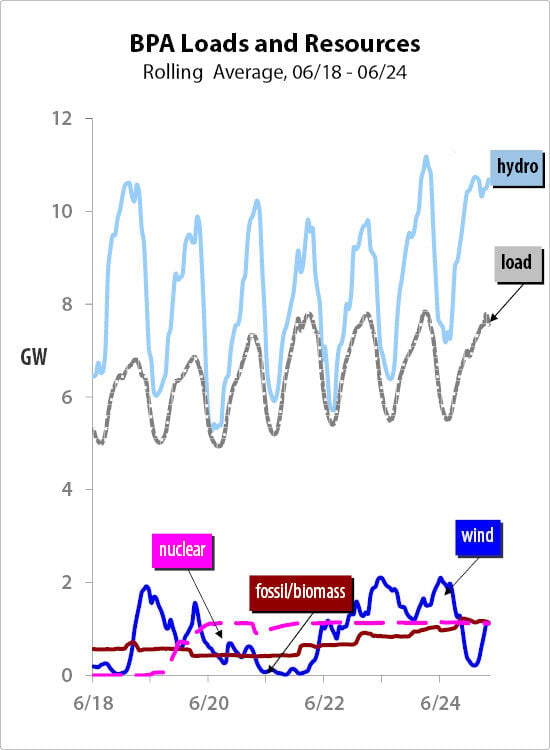 A lull in the extreme heat across the West suppressed regional power prices this week, but might be a preview of upcoming demand and pricing patterns, especially in the Desert Southwest.

"Usually when prices spike in this manner, it is event or outage driven, Energy GPS analysts said in a June 22 report. Typically, the grid has sufficient supplies in normal conditions, but when temperatures soar, "there is not enough rampable power supply to meet the peak hours of the day. Power prices had to rise enough to incentivize power imports from the Intermountain as well as California power grids to supplement supply. The problem is that as summer progresses, the call on peaking energy is going to grow, threatening the [Desert Southwest]'s ability to meet its needs."

Coupled with the severe drought threatening hydroelectric generation, this poses a reliability risk throughout the Western U.S. analysts said. "For a balancing region like the Desert Southwest which relies on peaking imports, it has the makings of a catastrophe."

Drought is only one of many potential grid threats as July approaches.

Total renewables on the grid peaked at 17,280 MW June 20, which was roughly 51 percent of the day's demand. That same day, solar resources supplied 12,384 MW or almost 37 percent of demand.

Western natural gas prices generally posted increases during trading. A majority of hubs added between 2 cents at 23 cents, led by Stanfield, which gained 23 cents to end at $3.40 by June 24. Among the three hubs that shed value, SoCal CityGate fell $1.92 to $4.24/MMBtu.

National working natural gas in storage was 2,482 Bcf as of June 18, according to U.S. Energy Information Administration estimates, which is a net increase of 55 Bcf compared to the previous week.