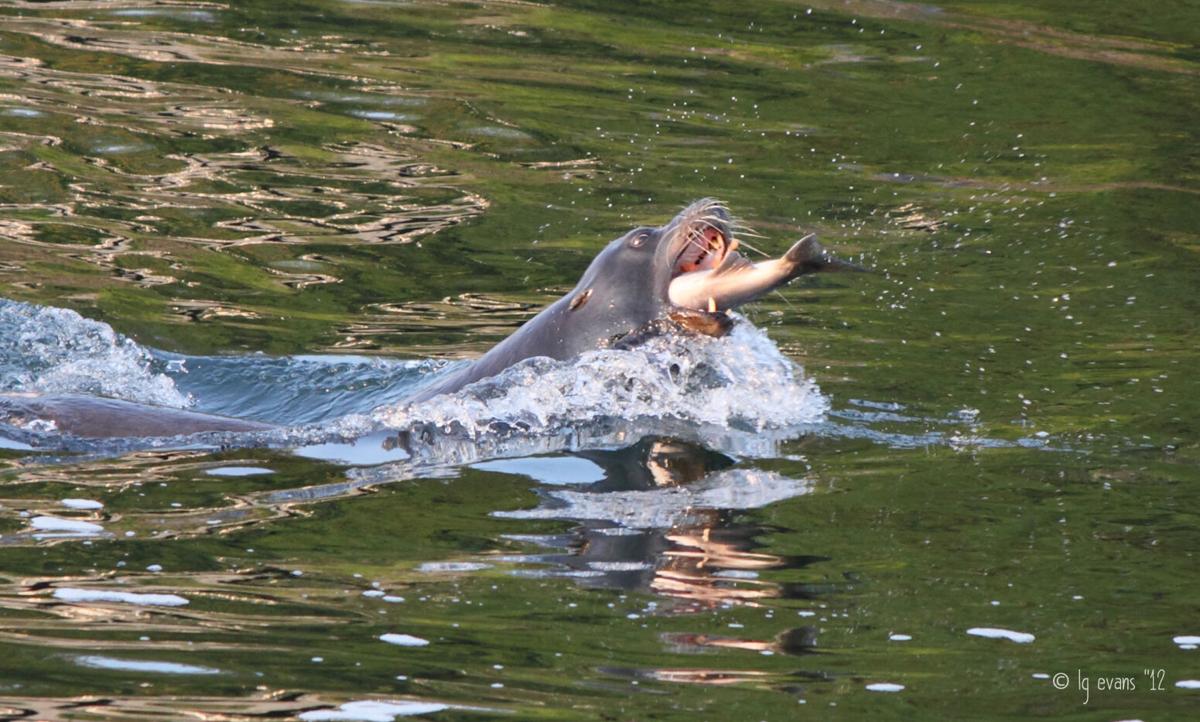 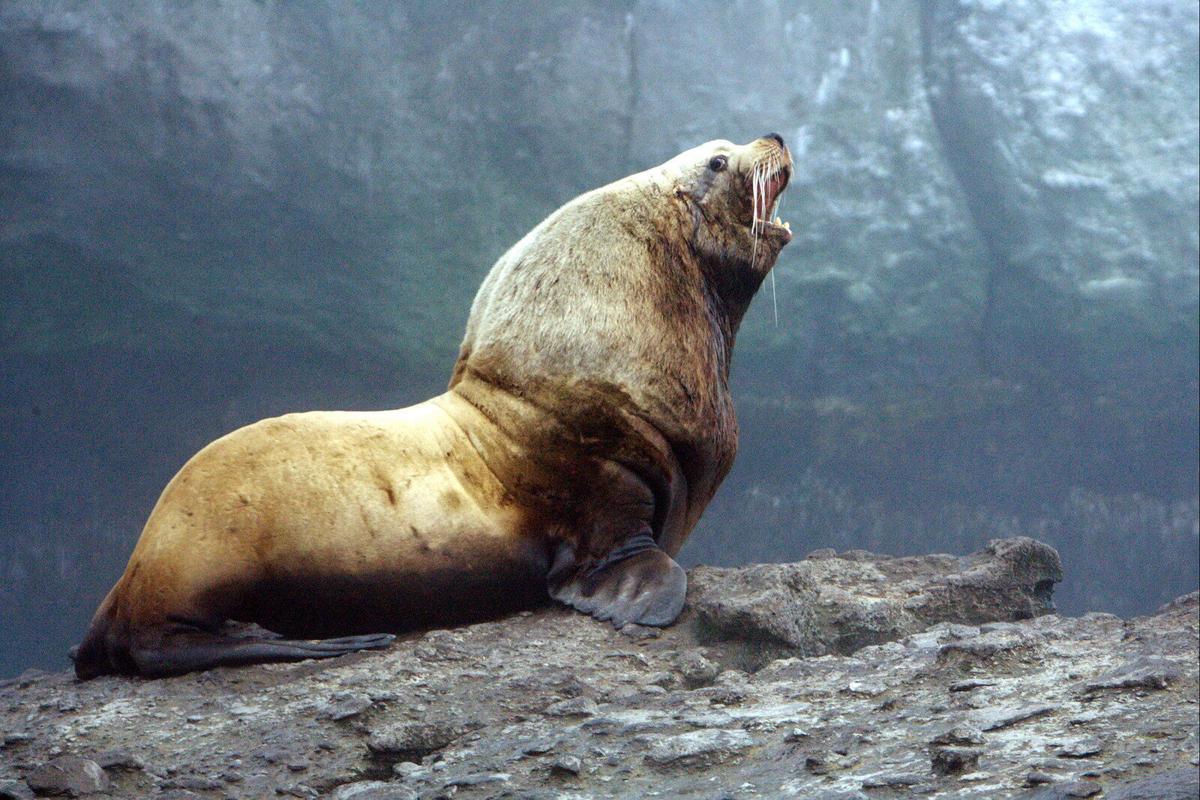 Three states and four tribes are now authorized to kill or move to captivity up to 540 California sea lions and 176 Steller sea lions from the Columbia Basin below McNary Dam over the next five years.

The removal program instituted under the NOAA Fisheries permit issued Aug. 14 will save between 13,089 and 78,533 salmon and steelhead over the next five years, according to an environmental assessment released with the permit.

The permit is intended to reduce or eliminate sea lion predation on 13 species of salmon and steelhead listed as threatened or endangered, a threatened population of eulachon (smelt), and species of lamprey or sturgeon that are not listed, it states.

Washington, Oregon and Idaho were already authorized under two special permits to kill California sea lions known to be preying on threatened or endangered salmon and steelhead at Bonneville Dam and Willamette Falls.

The new permit issued by NOAA Fisheries Aug. 14 allows removal of both California sea lions and the increasingly numerous Steller sea lions, which have not been included in previous authorizations. It does not require documentation currently required showing each individual being removed was in the area for at least two days and had been seen feeding on ESA-listed salmon or steelhead.

It also vastly expands the removal area to include the main-stem river from McNary Dam to River Mile 112 at the Interstate 205 bridge, and tributaries downstream from McNary where listed salmon or steelhead spawn. And it adds the Nez Perce, Umatilla, Warm Springs and Yakama tribes to the list of entities allowed to capture and kill sea lions in the Columbia Basin.

Prior permits have resulted in removal of 238 California sea lions since 2008, including 15 animals placed in captivity, 216 animals euthanized, and seven animals accidentally killed during trapping.

Shaun Clements, policy analyst for the Oregon Department of Fish and Wildlife, told Clearing Up that tribes and states plan to work together to first remove as many sea lions as possible from Bonneville Dam and Willamette Falls to quickly reduce their numbers. "Hopefully, in a couple of years we can scale back," he said.

Once the majority of sea lions have been killed or relocated to a facility, states and tribes will then address any continuing issues that arise in the main-stem river or in tributaries, where catching them will be logistically more difficult, Clements said. "If we do have to work in those tributaries, it's going to take a little while to figure it out," he said.

Once a rare sight in the Columbia Basin, sea lions in greater numbers are finding their way up the Columbia River. They tend to stay in areas where salmon, steelhead and other migrating fish are easy prey—at the base of dams and below falls. Scientists estimate that between 144 and 286 California sea lions and between 105 and 130 Steller sea lions now live in the Columbia Basin, some for as long as 11 months of the year. The majority can be found at Bonneville Dam and Willamette Falls.

The new permit is the result of the Endangered Salmon Predation Prevention Act, enacted by Congress in December 2018 after state and federal agencies tried everything from hazing animals to capturing and releasing them hundreds of miles away, only to find they returned in a few days.

Under the new authorization, states and tribes must be ready to hold the sea lions for up to 24 hours if notified that a zoo, research or educational facility is willing to take them. Otherwise, the animals will be killed under protocols developed by a committee that includes veterinarians, marine mammal biologists and others. Those methods and protocols will be evaluated annually.

According to NOAA Fisheries, sea lions have consumed an estimated 71,000 salmon and steelhead since 2002 at Bonneville Dam alone. The environmental assessment says California and Steller sea lions combined consume between 1,000 and 10,000 salmonids at Bonneville Dam each year. Depending on the run, that's equivalent to between less than 1 percent and nearly 6 percent of the total run.

But their impact on individual runs can be even greater. At Bonneville Dam, sea lions are eating between 4 and 11 percent of steelhead attempting to cross the dam. In 2017, scientists estimate California sea lions alone picked off one-quarter of the winter steelhead run at Willamette Falls.

Sea lions are also eating hundreds of Pacific lamprey and hundreds to thousands of white sturgeon in the Bonneville Dam tailrace each year.

One of the biggest changes with this permit is the addition of Steller sea lions, which are two to three times larger than their California cousins. Male Steller sea lions average about 1,250 pounds and 10 feet in length, compared to the 600-pound male California sea lions.

Wildlife agencies are gearing up to be able to trap and move these larger animals. To do that, they'll need a larger barge and traps, as well as training for additional staff.

The Washington Legislature has earmarked $462,000 in the current biennium to help with the removal effort, according to a Washington Department of Fish and Wildlife spokesman. Other entities have committed annual contributions, including $425,000 from Oregon, $300,000 from the National Marine Fisheries Service and $40,000 from Idaho, Clements said.

He added that BPA money given to the Columbia River Inter-Tribal Fish Commission and U.S. Army Corps of Engineers currently used for hazing sea lions may also be reallocated to trapping and euthanizing.

The funds will also be used to hire more people to expand the capture program through the fall, Clements said.

Before issuing the permit, NOAA Fisheries convened a Pinniped-Fishery Interaction Task Force of 22 members from various stakeholder groups. Sixteen members recommended approving the application for lethal removal with conditions, while two members recommended denying it, one abstained, and three were intermittently absent from the meetings and did not provide a recommendation.

As a permit condition, entities must submit an annual monitoring report with the number of sea lions observed, locations where individuals were captured, number of sea lions killed or relocated, impact of sea lion predation on at-risk stocks and other information. They must also evaluate effectiveness of the permanent removal program.

Several voluntary conditions were also included, such as development of a long-term strategy to prevent new sea lions from repopulating the area, and continuation of nonlethal methods to discourage them.

NOAA Fisheries received 22,225 public comments on the application for the new sea lion removal permit in the Columbia Basin, and according to the agency, most of them raised the issue of addressing other sources of salmon and steelhead mortality before issuing a permit to kill sea lions.

According to the environmental assessment, "There is no single action available that would be likely to recover these ESA-listed species on its own. As identified in recovery planning documents, the recovery of these species requires incremental improvements in the array of factors that cause mortality.

"The proposed action would make an incremental contribution, in addition to other efforts, to decreasing all sources of mortality," the assessment said. "Therefore, despite the negative impacts of climate change and the continued degradation of habitat from development, when taken cumulatively, the proposed action will result in a small, positive effect to the at-risk fish species considered herein."