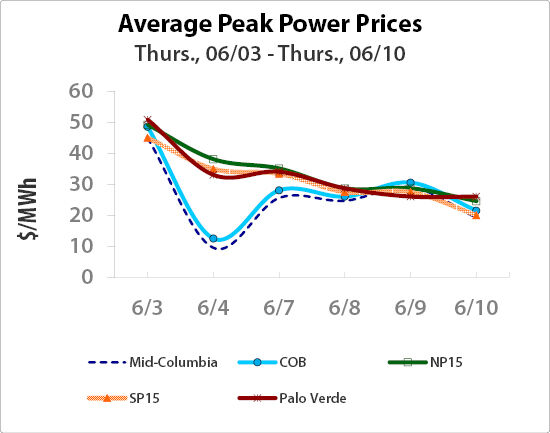 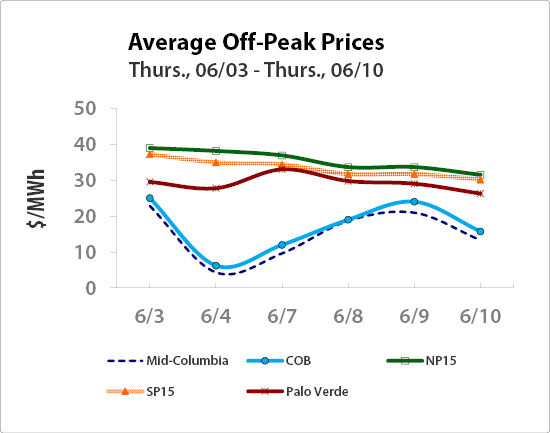 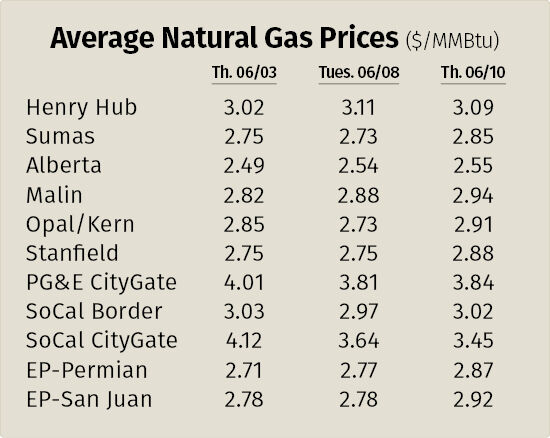 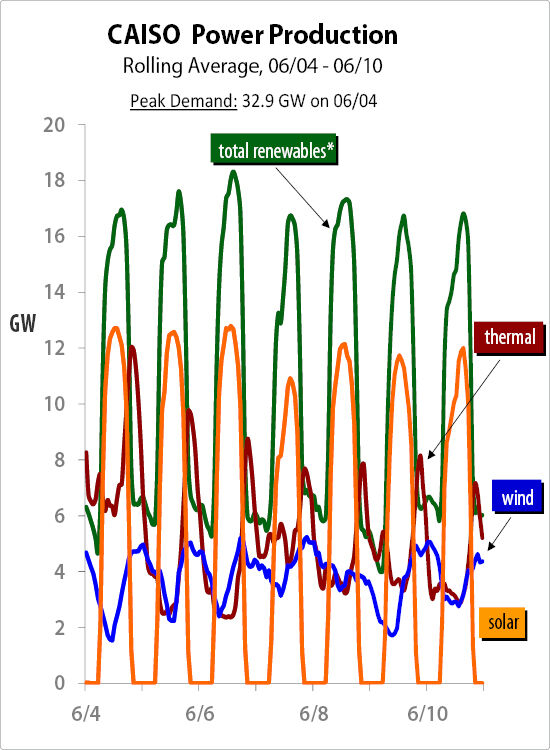 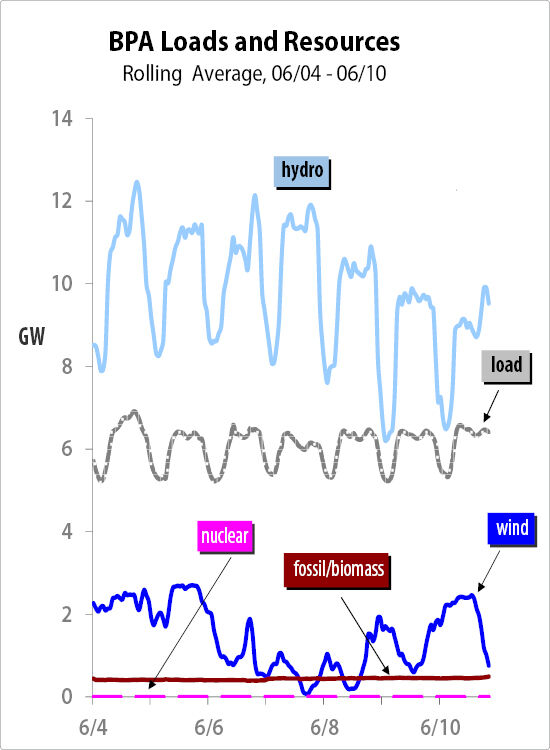 After setting all-time daily records, temperatures in California declined rapidly, the U.S. Energy Information Administration said in its weekly report. Temperatures in Bakersfield declined from a daily high of 106 degrees Fahrenheit on June 2 to a daily high of 78 F on June 9, about 12 degrees below normal, the EIA said. Demand for natural gas-fired power generation contracted by roughly 1 Bcf per day between June 2 and June 9, it said.

California Independent System Operator demand reached 32,963 MW June 4, which should be the week's high. The previous day's high of 34,468 MW was the peak for the prior report period, which is a decrease of roughly 4 percent. By June 9, when usage was 27,374 MW, demand on the grid dropped by almost 21 percent from June 4.

After rocketing above the $100 mark during the heat, Northwest daytime power prices plunged, with California-Oregon Border peak power trading in a range from $12.50/MWh to $48.50/MWh and Mid-Columbia peak power prices between $9.50/MWh and $44.90/MWh. Energy GPS analysts in a June 11 report said that Columbia River flows increased by 22 percent. Regional hydro generation reached 16.8 GW June 4, the highest peak since mid-February. Off-peak prices followed the downward path. Mid-C nighttime power lost the most value, down $9.50 to $13.30/MWh by June 10.

What's ahead: Heat is expected across the West starting the week of June 14. "There is still a small amount of snowpack left in the Columbia Basin, and next week's warm weather should be enough to give the hydro system one final boost for the season," Energy GPS analysts said. "We expect the Desert Southwest and California to demand megawatts . . . while the Pacific Northwest will have to battle the simple question of utilizing storage water to fill the need now or hold onto it for the summer months when the elements outside of power economics are in play and the resource is needed to cool the Lower Columbia waters."