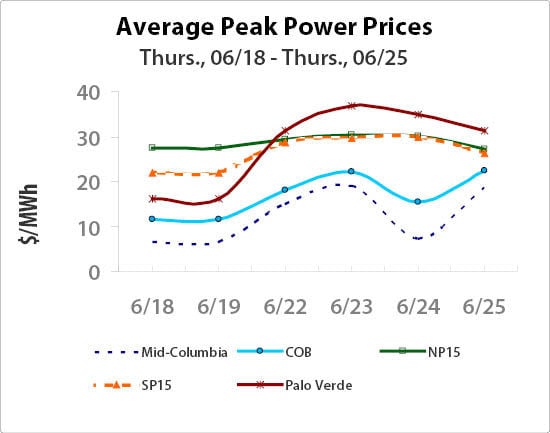 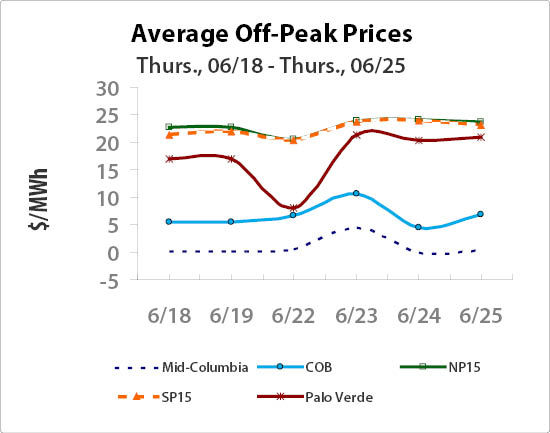 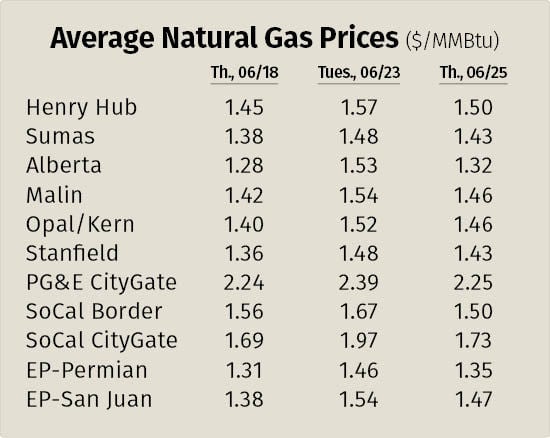 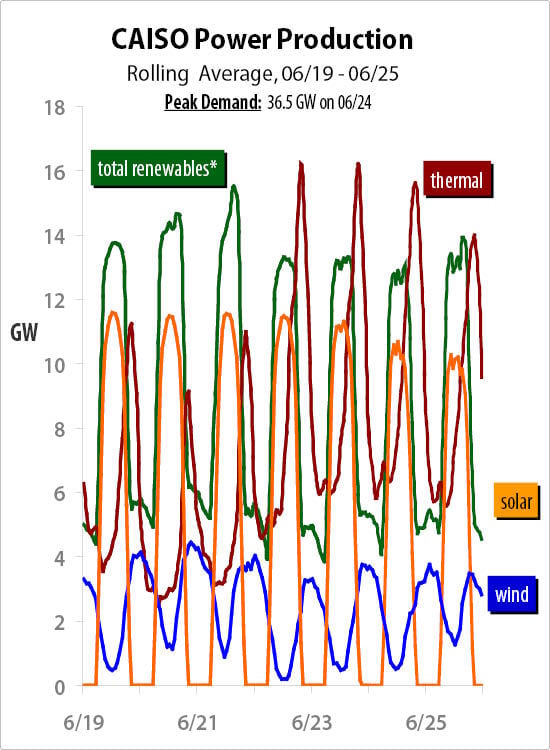 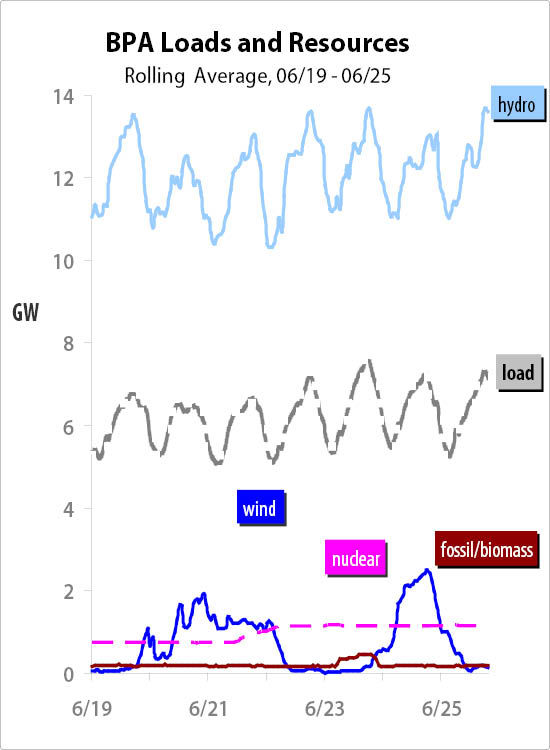 Western energy prices lifted as weather conditions modulated to seasonally normal temperatures, with triple-digit highs posted in portions of Arizona and the San Joaquin Valley the week of June 22.

After periodically adjusting operations to accommodate hydro generation conditions at the Bonneville Power Administration, the Columbia Generating Station was operating at full capacity as of June 23, according to the U.S. Nuclear Regulatory Commission. This might be short-lived, however: Energy GPS analysts, in a June 25 note, said they expect "the continuation of plenty of supply from hydro." They also anticipate wind generation to be "up to over 2.8 GWa" starting June 28.

National working natural gas in storage was 3,012 Bcf as of June 19, according to the U.S. Energy Information Administration. This is a net increase of 120 Bcf compared with the previous week.

U.S. natural gas demand rose 9.8 percent during the EIA's Wednesday-to-Wednesday report week. Natural gas usage for power generation increased by 20.5 percent compared with the week prior, which the EIA attributes to increases in temperature.

The amount of natural gas in storage in the Pacific region is now 299 Bcf after a 9-Bcf addition, according to the EIA. This is 23.6 percent more than a year ago.

Southern California Gas Co. on June 23 issued an update for work on Line 235-2, located in the Needles/Topock Area Zone. The utility continues to wait on a final report from the vendor that conducted the circumferential inspection of the line, according to the latest ENVOY posting. SoCal Gas continues to forecast that Line 235-2 will return to service Dec. 1 (see CEM No. 1595).