Sign Up
Log In
Purchase a Subscription
You are the owner of this article.
Edit Article Add New Article
You have permission to edit this article.
Edit
Welcome, Guest
Home
News in Brief
Bottom Lines
Western Price Survey
Regulation Status
Regional Roundup
Southwest
Northwest
Financial News
Potomac
Share This
1 of 7 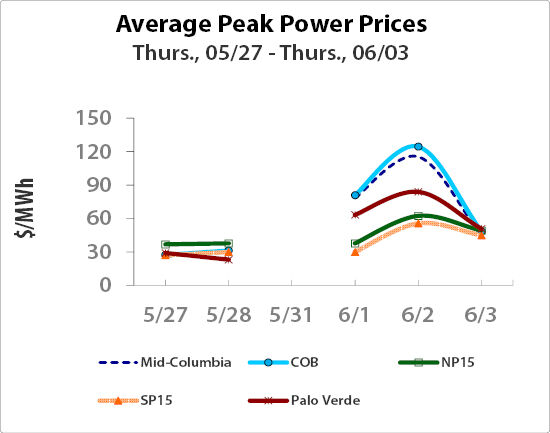 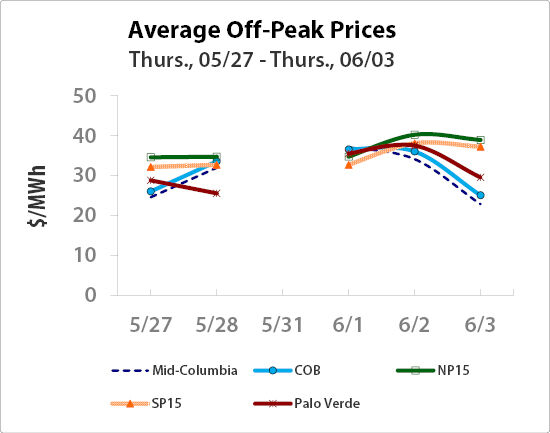 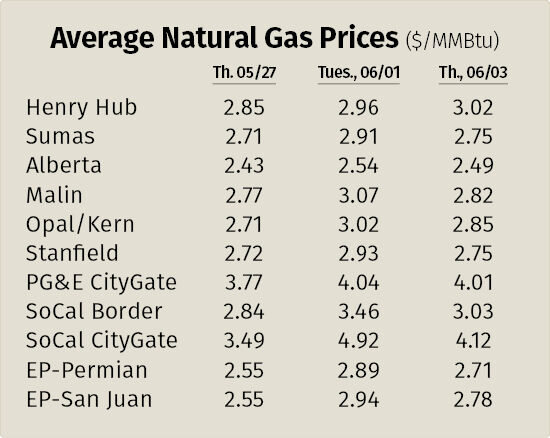 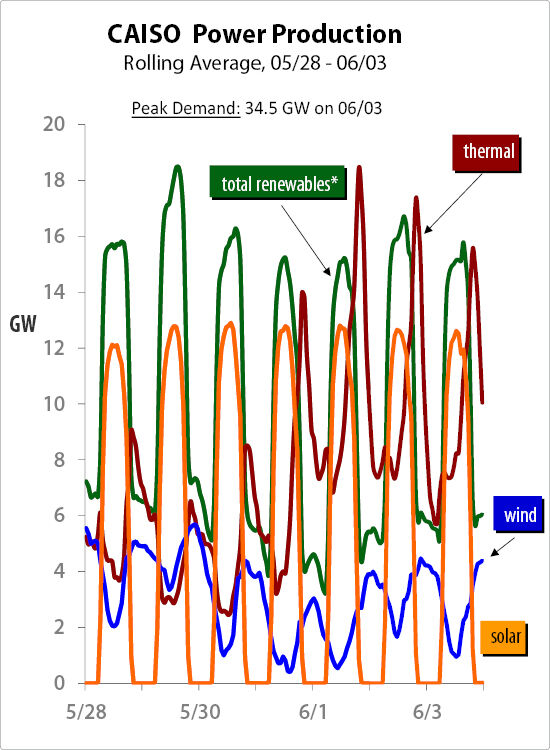 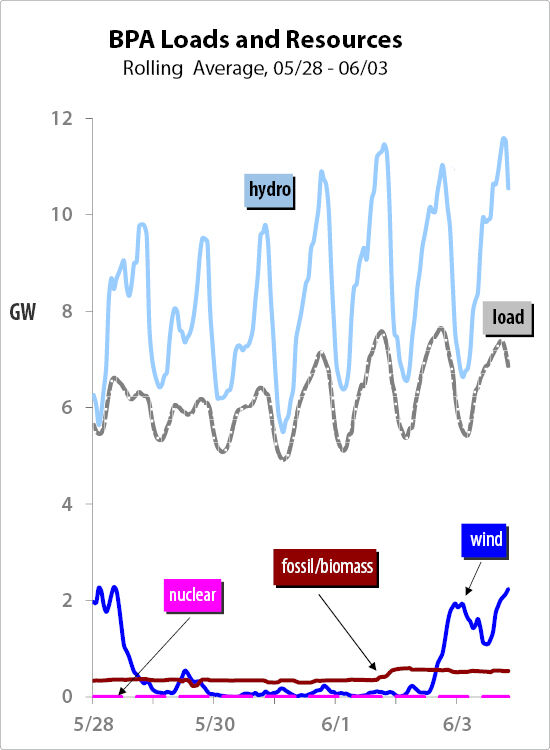 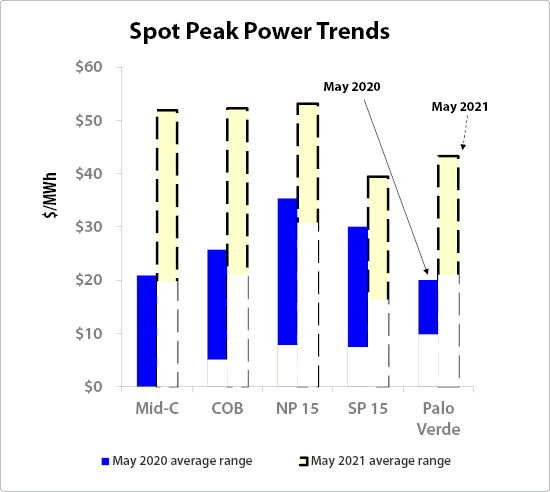 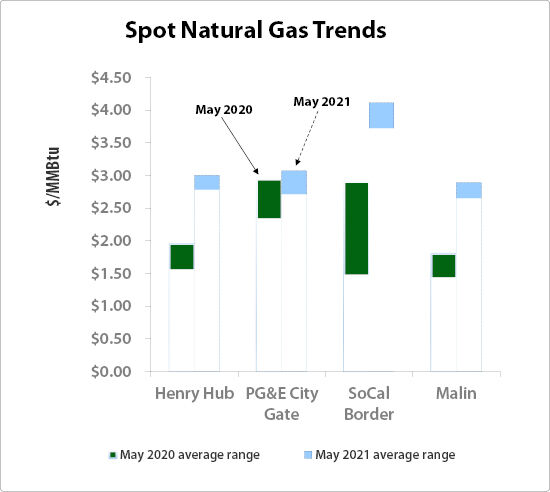 The Portland airport reached 95 degrees Fahrenheit June 1, which eked past the 1970 record of 94 F. Farther north, Seattle temperatures hit 86 F and 85 F the first two days in June—the highest temperatures during that period since 1979 and the third-highest since records began being kept in the 1890s, according to the National Weather Service.

Above-normal temperatures persist in Arizona and California, but the hottest day of the year to date is forecast to occur in Phoenix June 4.

California Independent System Operator demand reached 34,468 MW June 3, which should be the week's high. This is a 15-percent increase in demand compared with the previous report-period peak of 29,970 MW recorded May 24.

Off-peak prices diverged, with South of Path 15 posting a $5.10 gain to $37.20/MWh while northwest nighttime power values dropped about a dollar.

Markets were closed Monday, May 31, in observance of Memorial Day.

The U.S. Energy Information Administration said average California natural gas consumption for power generation rose 50 percent week over week and exceeded 2.2 Bcf per day on June 2—the greatest amount recorded for the start of June since 2016.

National working natural gas in storage was 2,313 Bcf as of May 28, according to EIA estimates, a net increase of 98 Bcf compared with the previous week.

Average Western peak power prices for May were also higher compared with the year prior. Mid-C gained the most value year over year, up $31 in May to $51.90/MWh. Unlike the prior year, low prices in May did not dip below $10/MWh.