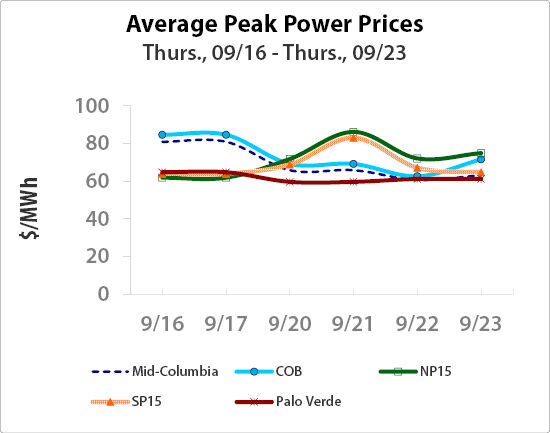 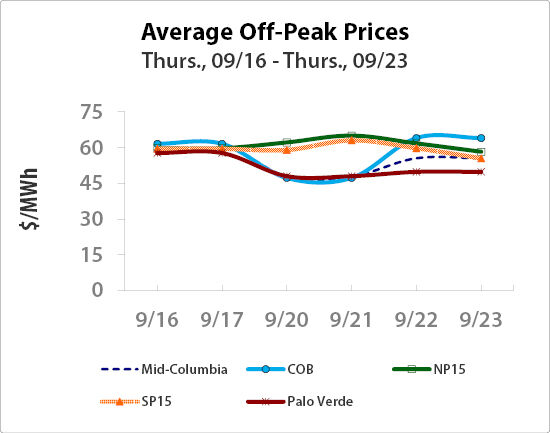 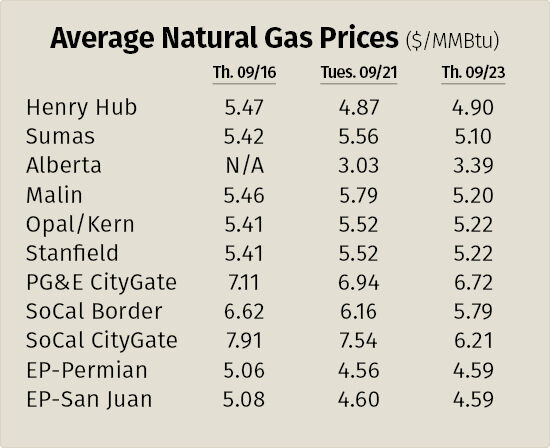 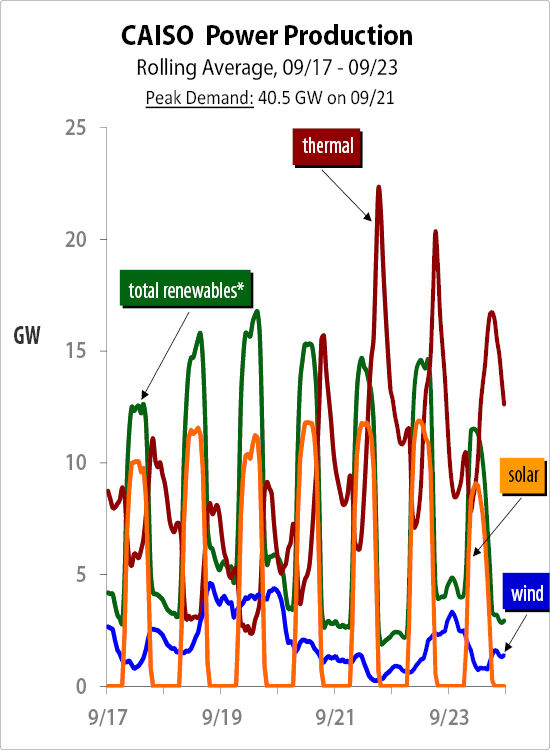 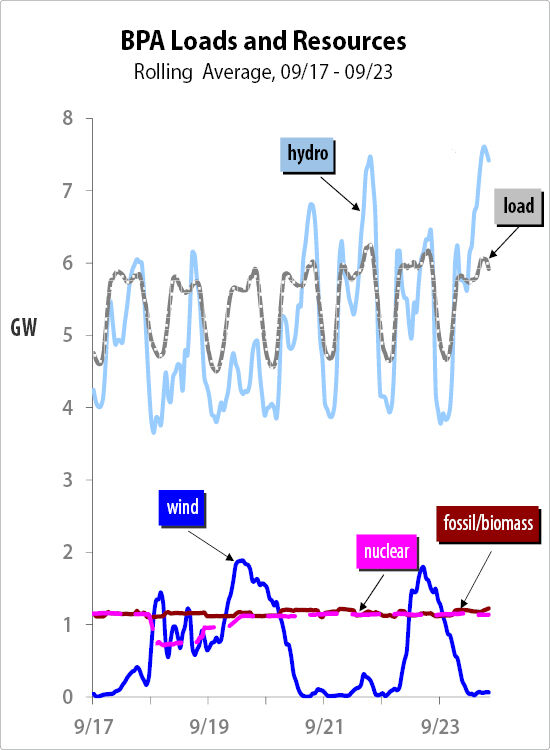 Demand and heat have tended to push prices in recent weeks, but prices have deflated lately without support from heat-driven demand.

California prices in particular fell due to "generally lower natural gas prices across the country and lower demand week on week," according to the U.S. Energy Information Administration. The agency's report week spans Wednesday to Wednesday.

National electric power sector demand dropped by 1.1 Bcf per day, or roughly 3 percent, week over week "as temperatures moderated this week compared with last week, especially in the Northwest." In the West, natural gas used for electric generation dropped by 1.1 Bcfd, or 18 percent.

The EIA noted that average temperatures in downtown Los Angeles remained below normal between Sept. 16 and Sept. 19, "decreasing cooling demand." By Sept. 21, the average area temperature was 6 degrees above seasonal norms.

Regional natural gas traded above the $5 mark by the end of Sept. 23 trading. The outliers were on the outer edges of the region. Alberta natural gas ended at $3.39/MMBtu, while the Permian Basin hubs both ended at $4.59/MMBtu.

National working natural gas in storage was 3,082 Bcf as of Sept. 17, according to EIA estimates, which is a net increase of 76 Bcf compared with the previous week.

In the Pacific Region, the amount of natural gas storage remained at 240 Bcf after no addition to or withdrawal from regional storage. Stocks are now 23.1 percent less than a year ago, when there was 312 Bcf of natural gas in storage.