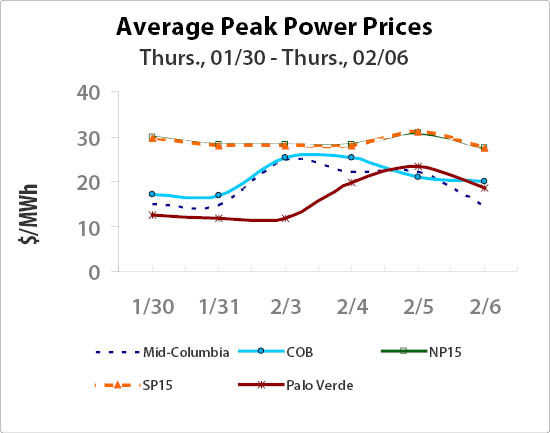 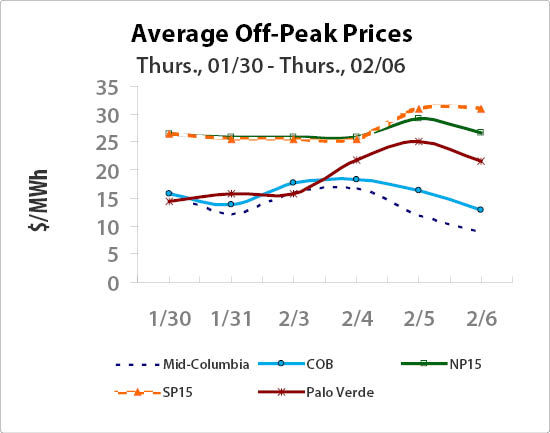 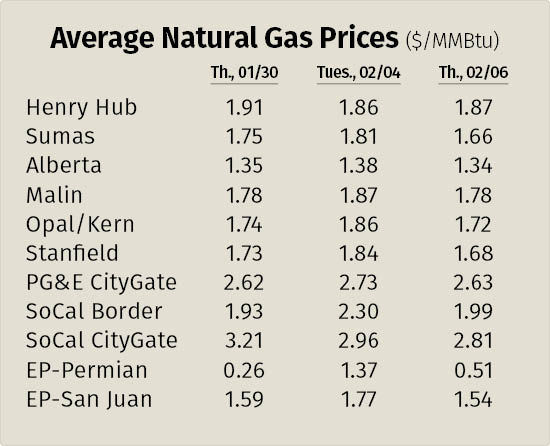 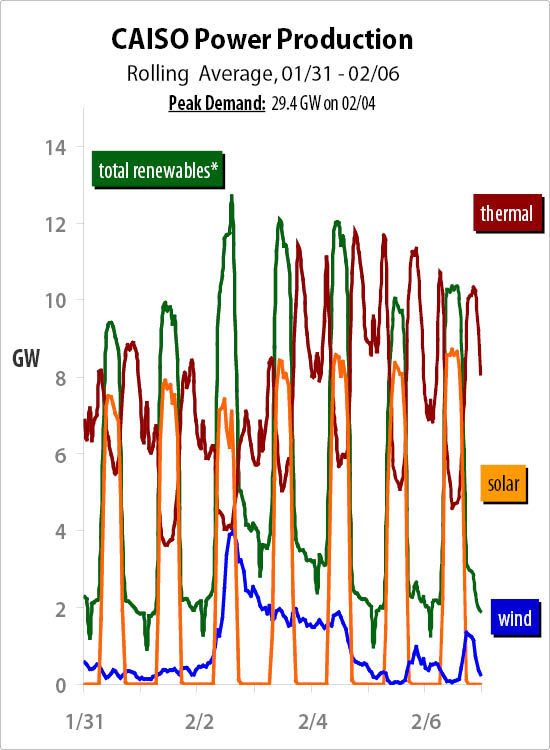 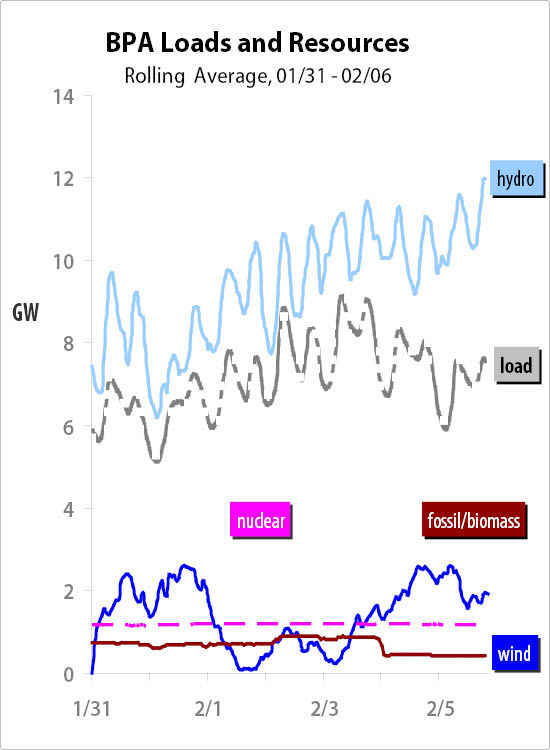 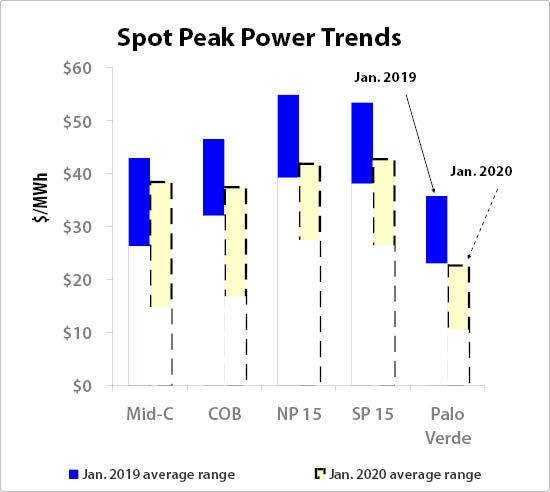 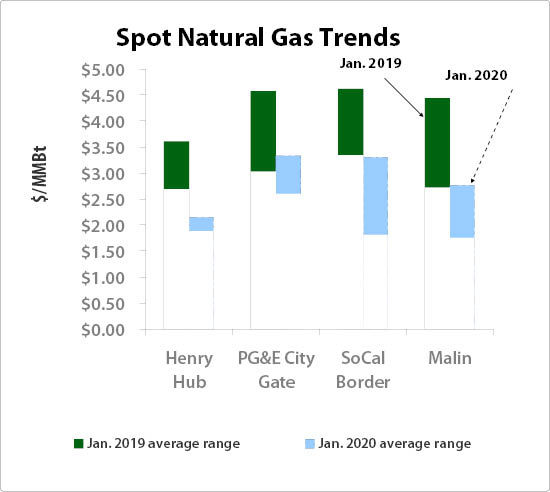 A shot of cold weather across the West during the trading week resulted in mixed regional energy prices. Enerfax noted that colder weather will only become a factor influencing national prices if it continues moving east.

January 2020 had the third-highest monthly dry natural gas production on record with an average of 95 Bcf per day. Production is on pace to be 7 Bcfd greater than last winter, which set a production record.

National working natural gas in storage was 2,609 Bcf as of Jan. 31, according to the EIA. This is a net decrease of 137 Bcf compared with the previous week.

A total of 1.355 Bcf of natural gas was withdrawn from Aliso Canyon on the gas days between Feb. 3 and Feb. 5, with withdrawals continuing into Feb. 6, according to ENVOY reports. A "gas day" spans 7 a.m. to 7 p.m.

Western natural gas hub prices dropped between $1.24 and as much as $1.68 compared with the year prior. Malin natural gas lost the most value year over year, falling from $4.44/MMBtu to $2.76/MMBtu.