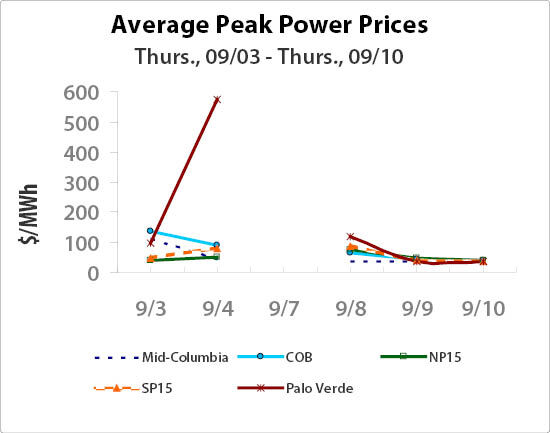 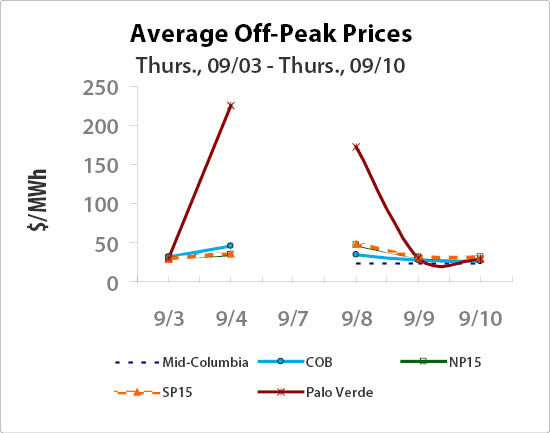 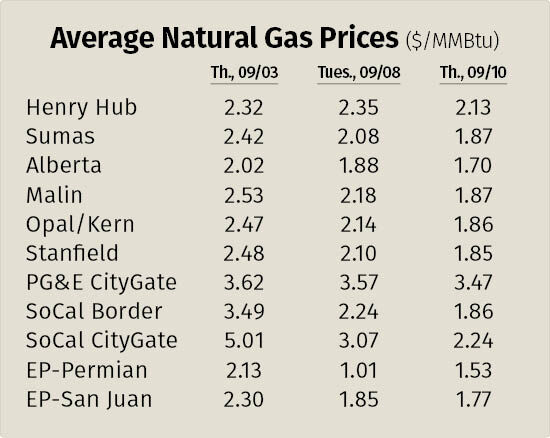 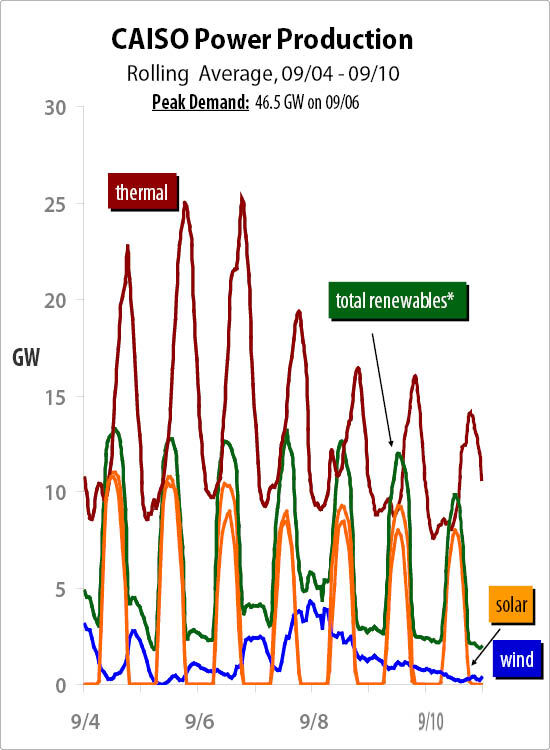 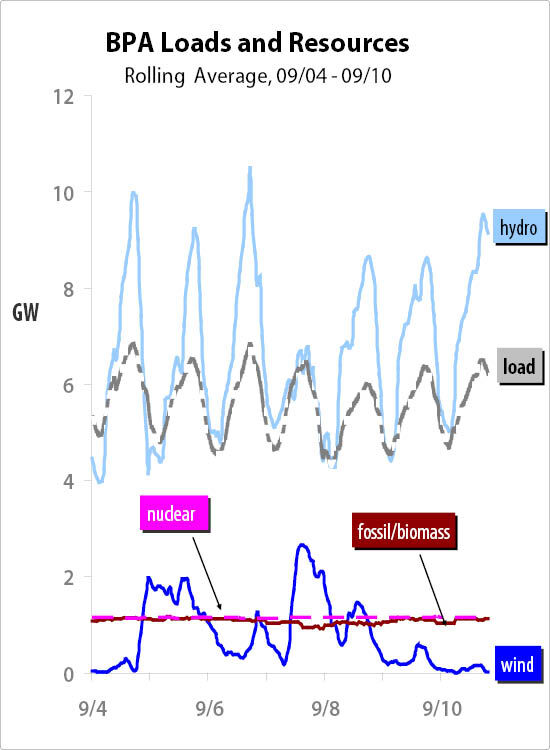 Markets were closed Sept. 7 in observance of Labor Day.

Meanwhile, Western natural gas prices dropped by as much as $2.77 in trading. SoCal CityGate posted the greatest loss, plunging from $5.01/MMBtu to $2.24/MMBtu. SoCal Border natural gas values fell $1.63 in trading to $1.86/MMBtu. PG&E CityGate gas had the highest price among Western hubs at $3.47/MMBtu.

Southern California Gas Co. in a Sept. 3 ENVOY post noted that an error was made in how it allocates storage under the California Public Utilities Commission's 2020 Triennial Cost Allocation Proceeding Decision [D20-02-045].

SoCal Gas modified its allocation for the storage capacity reserved for balancing starting May 1, but said that since that time, it "has been inadvertently prorating summer withdrawal and injection capacities above the maximum authorized capacity in D.20-02-045." It indicated this would be addressed by mid-September, after information technology modifications are made.

In a different ENVOY notice, SoCal Gas said it will continue testing-related withdrawals from Aliso Canyon on Sept. 17 and 18.