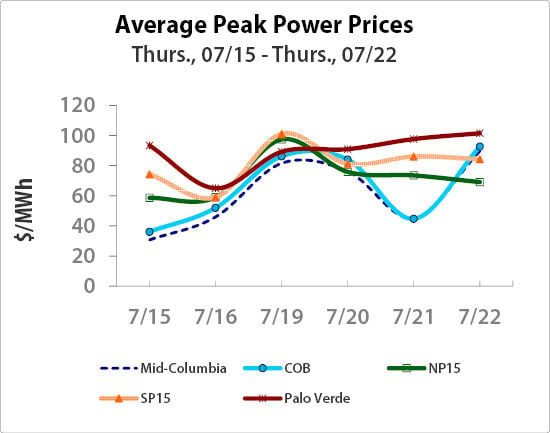 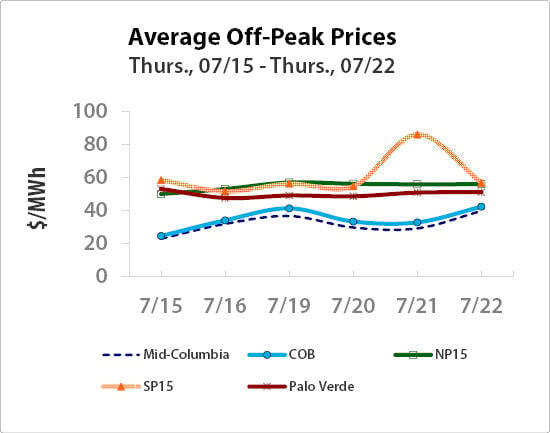 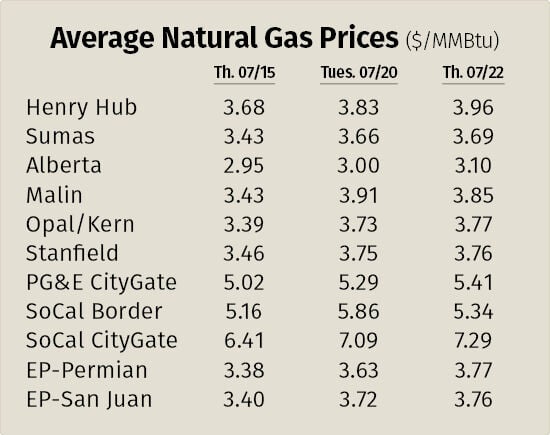 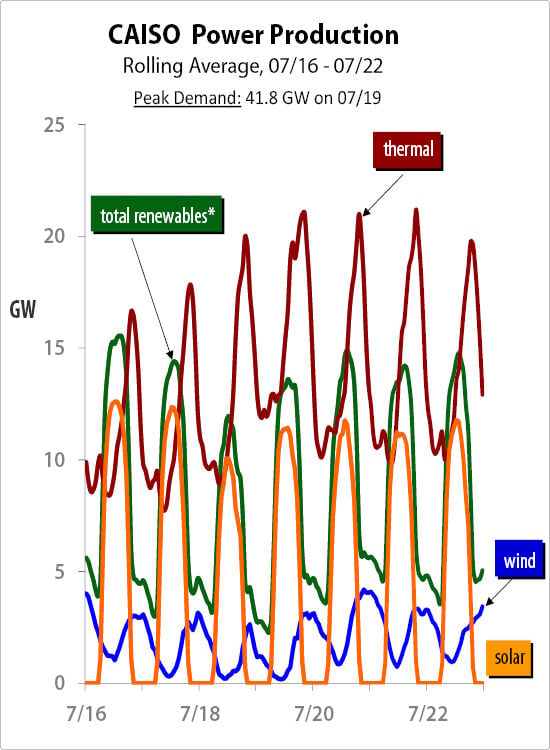 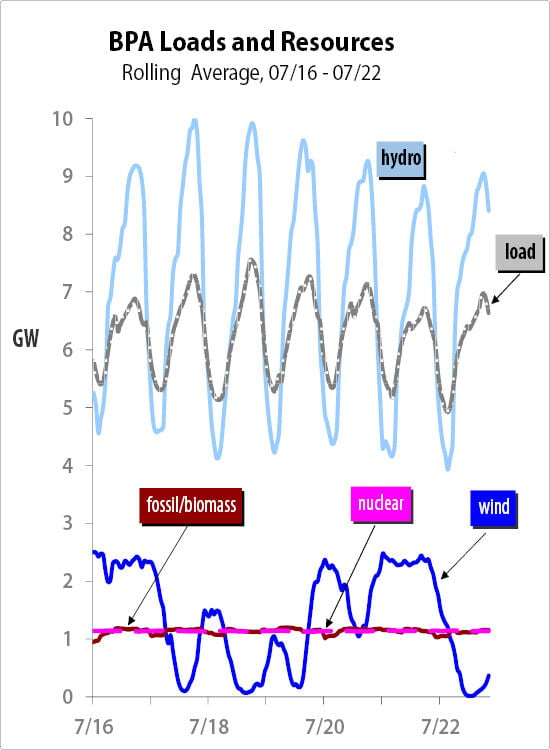 "Maintenance on the El Paso pipeline is limiting flows of natural gas from the Permian Basin to the West, where consumption of natural gas remains elevated in the electric power sector for cooling," the U.S. Energy Information Administration said in its weekly report.

Western natural gas prices increased by between 15 cents and 88 cents between July 15 and July 22. SoCal CityGate gas gained the most value, adding 88 cents in trading to reach $7.29/MMBtu by July 22. California hubs posted some of the highest regional natural gas prices, with both PG&E CityGate and SoCal Border natural gas rising above $5.

California Independent System Operator demand reached 41,814 MW on July 19, which should be the week's high and was only about 1,000 MW less than the peak for the previous report period.

National working natural gas in storage was 2,678 Bcf as of July 16, according to EIA estimates, which is a net increase of 49 Bcf compared with the previous week. This is 532 Bcf less than last year and 176 Bcf less than the five-year average, which is 2,854 Bcf.

The agency noted that total U.S. consumption of natural gas between July 14 and July 21 was driven by power generation. Total usage increased 1.5 percent, while natural gas used for power generation rose by 3.3 percent week over week, which the agency said was largely due to decreased power demand in the West as well as in the Northern Plains states.

Southern California Gas Co. in ENVOY postings stated that it intends to make withdrawals from its Aliso Canyon storage facility for performance flow testing between July 27 and July 28.

The work is part of the SoCalGas Storage Integrity Management Program and an exception to the Aliso Canyon Withdrawal Protocol.