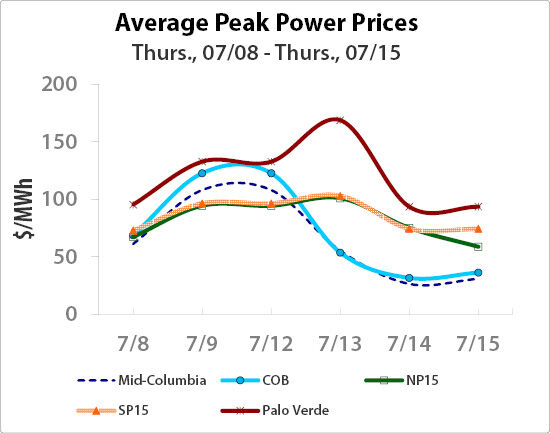 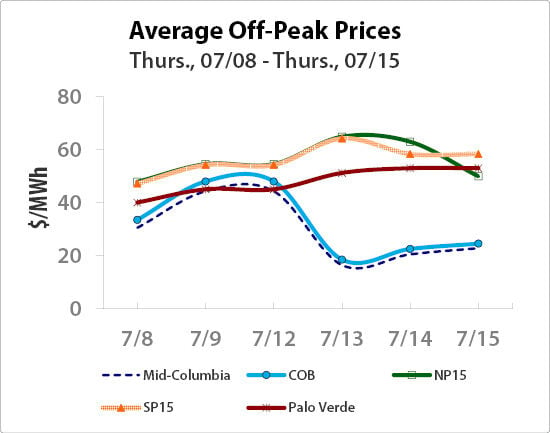 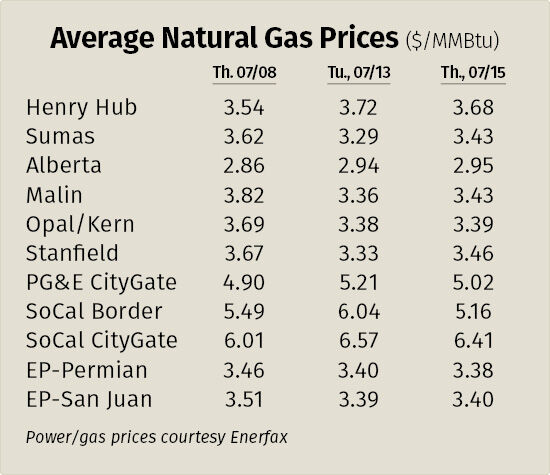 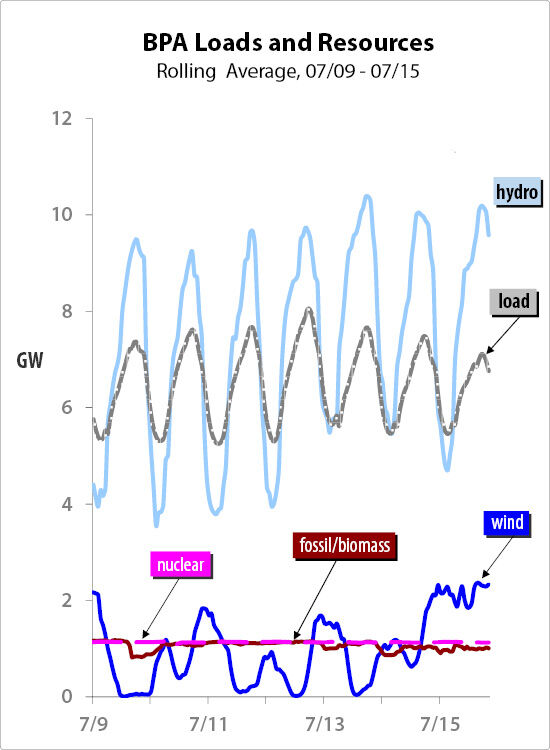 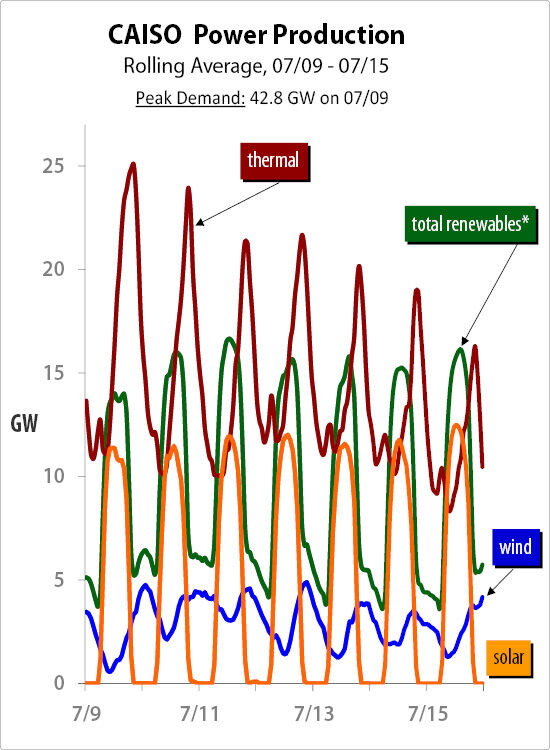 As weather conditions across the Western U.S. moderated, so too did most regional energy prices; however, transmission derates were a significant factor that supported prices for a few days during the week.

South of Path 15 prices on the real-time market reached the $1,000/MWh cap on July 9 and July 10, according to Energy GPS analysts, as a result of transmission line derates prompted by the Bootleg Fire in Southern Oregon. The Bonneville Power Administration dropped the AC line capacity from 4.4 GW to .428 GW, analysts said, and the DC line from 3.1 GW to 1.5 GW on July 9. This, "was not good for the CAISO evening ramp," analysts said but "the battery capacity that was available came in handy for the CAISO balancing act."

Western natural gas prices also generally dropped, with a majority of hubs losing value in trading. Malin natural gas fell the most, down 39 cents to $3.43/MMBtu. Three hubs gained value in trading, led by SoCal City Gate natural gas, which rose 40 cents to $6.41/MMBtu by July 15. It—along with SoCal Border and PG&E CityGate—posted the highest regional prices for the trading period. All those hubs' prices were greater than $5/MMBtu by July 15.

National working natural gas in storage was 2,629 Bcf as of July 9, according to U.S. Energy Information Administration estimates, representing a net increase of 55 Bcf compared with the previous week.

Natural gas used for U.S. power generation  rose by 3.4 percent between July 7 and July 14, which the EIA said was primarily the result of increased Western demand. The agency said that Southern California Gas withdrew natural gas on six consecutive days, July 8 through 13.