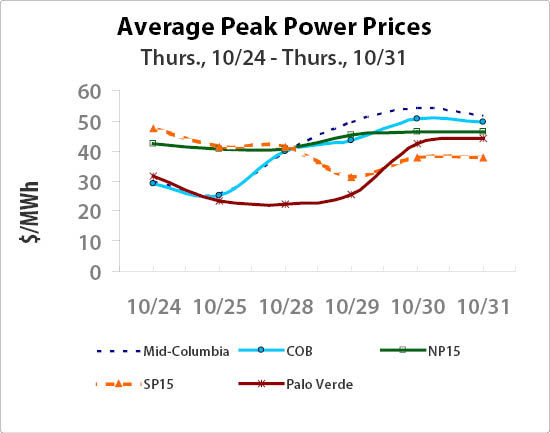 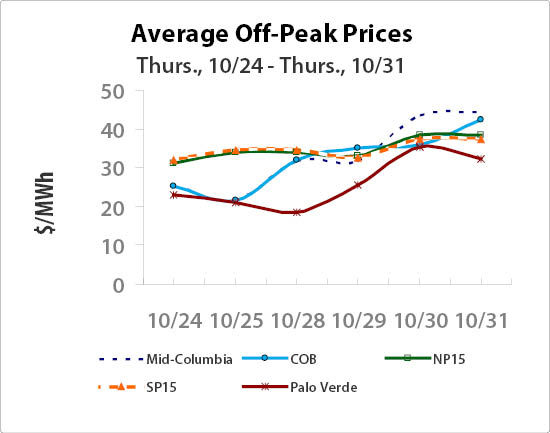 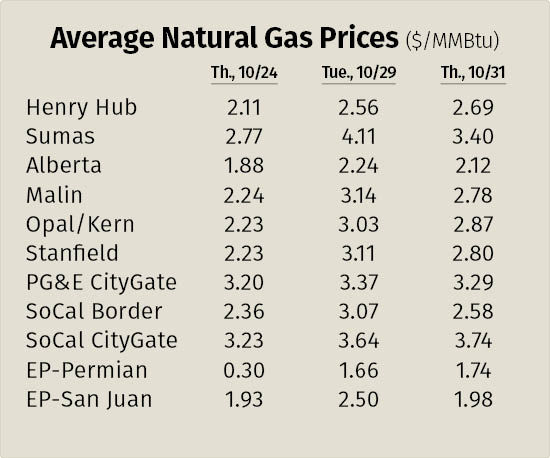 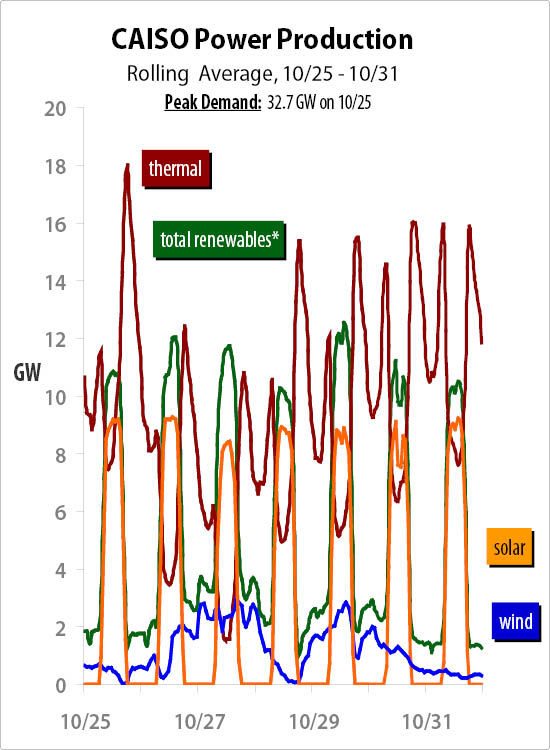 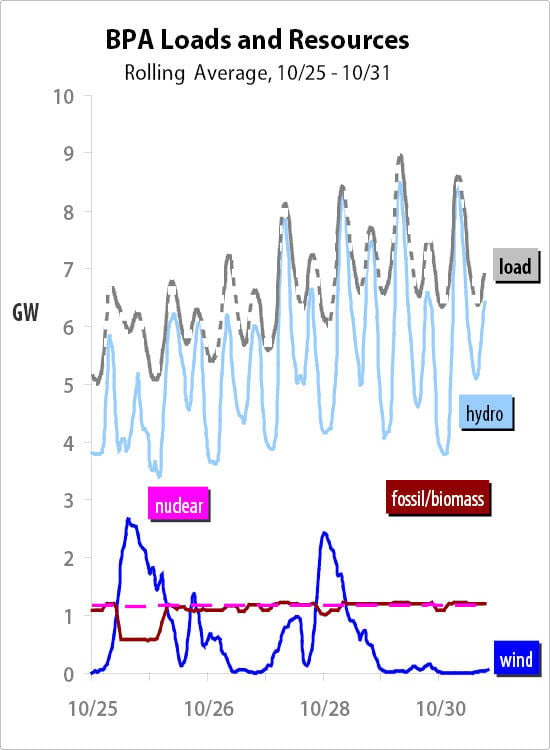 Temperatures dropped into the 20s and 30s in the Portland area Oct. 29 and 30, while some portions of Washington fell into the 20s—even the teens—Oct. 30.

This was mild compared with Peter Sinks, Utah, which plummeted to minus 45.5 degrees Fahrenheit that same day, setting a record for October in the continental United States. Utah saw numerous all-time daily records for October broken. Some records had stood since the 1800s, according to the National Weather Service.

The U.S. Energy Information Administration stated in its weekly report that "Because much of the natural gas delivered into California flows through the Opal and Sumas hubs, California natural gas spot prices also rose." Indeed, by Oct. 31, SoCal CityGate gas added 51 cents to end at $3.74/MMBtu and SoCal Border gained 22 cents to reach $2.58/MMBtu.

Working natural gas in storage was 3,695 Bcf as of Oct. 25, according to the EIA. This is a net increase of 89 Bcf compared with the previous week, and is 559 Bcf more than at this time last year.

The average rate of net additions to storage to date is 27 percent greater than the five-year average recorded in the refill season, which spans April to October.