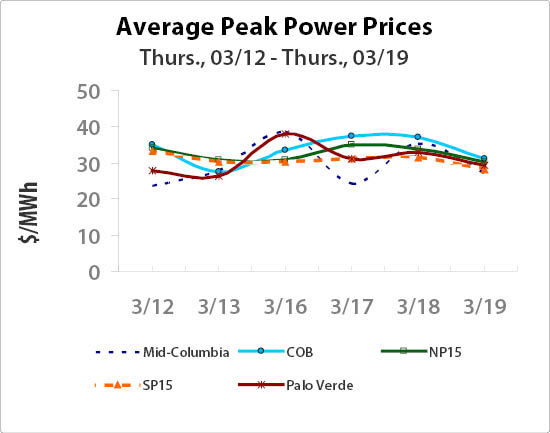 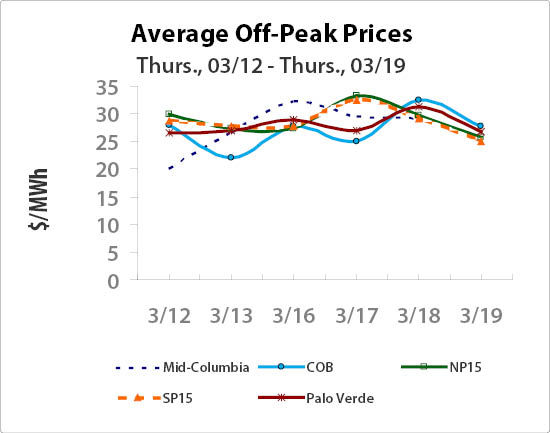 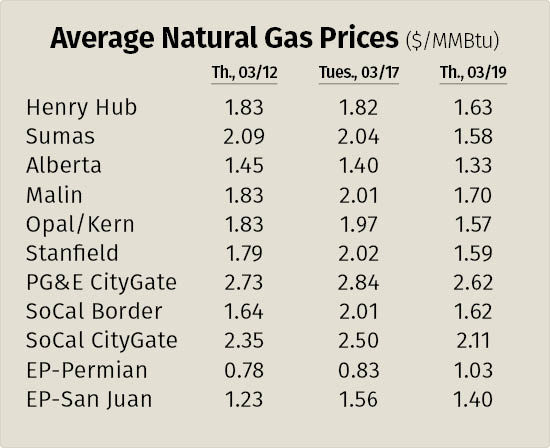 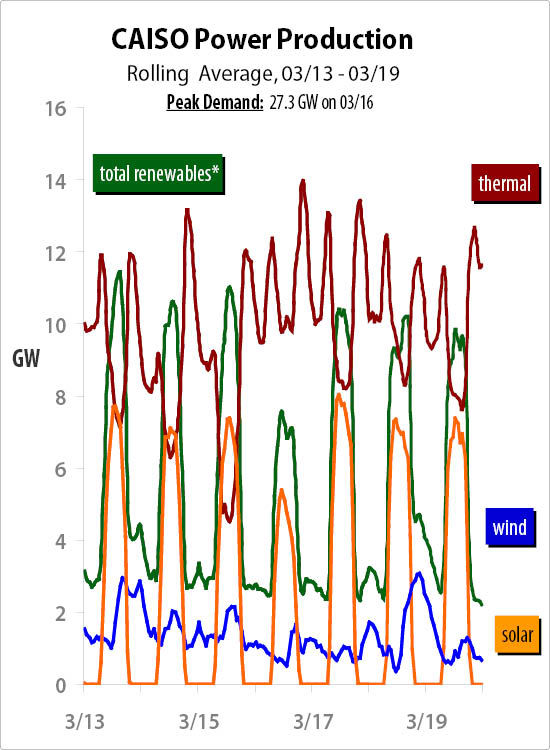 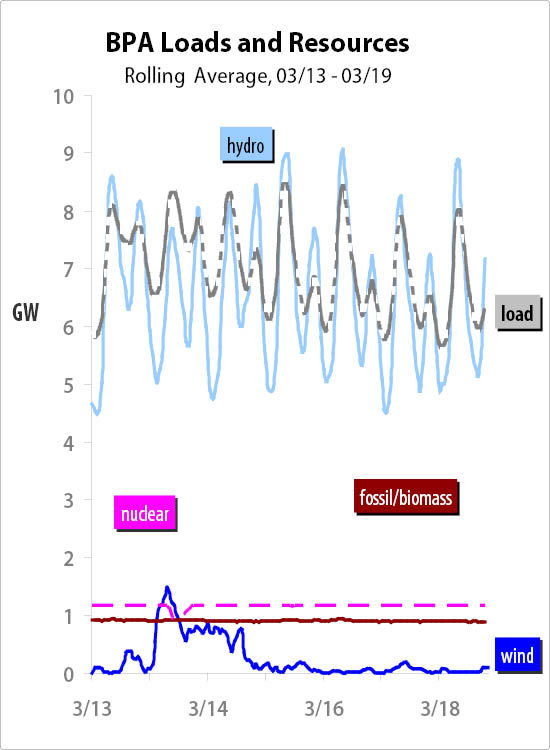 California Independent System Operator demand decreased throughout the week as voluntary efforts to sequester to stem the spread of COVID-19 transformed into a stay-at-home order by Gov. Gavin Newsom (see related story).

Power and natural gas demand is expected to continue to soften as schools close, large events are canceled, and more people shift to working from home. "We have started to see the impact[s] . . . and will now continue to see them as we move into the month of April," Energy GPS analysts said in a March 18 note. They noted the natural gas forward curve has moved to around $1.60/MMBtu.

As the end of storage season approaches, analysts are also keeping an eye on national natural gas stocks.

National working natural gas in storage was 2,034 Bcf as of March 13, according to the U.S. Energy Information Administration. This is a net decrease of 9 Bcf compared with the previous week. Natural gas usage for power generation increased 8 percent week over week, according to EIA analysts.

The Pacific Region withdrew 1 Bcf of natural gas during the EIA report week, bringing the regional stock to 199 Bcf, a roughly 103-percent increase compared with last year, when there was 98 Bcf in storage.

Western natural gas prices generally lost value in the trading period, eroding between 2 cents and as much as 51 cents. Sumas natural gas posted the greatest loss, down 51 cents to $1.58/MMBtu.

Michelle Manary—BPA's CFO on assignment to the U.S. Department of Energy as the acting deputy assistant secretary for the Energy Resilience Division in the Office of Electricity—joins Public Power Underground to chat about the Infrastructure Investment and Jobs Act. Read more