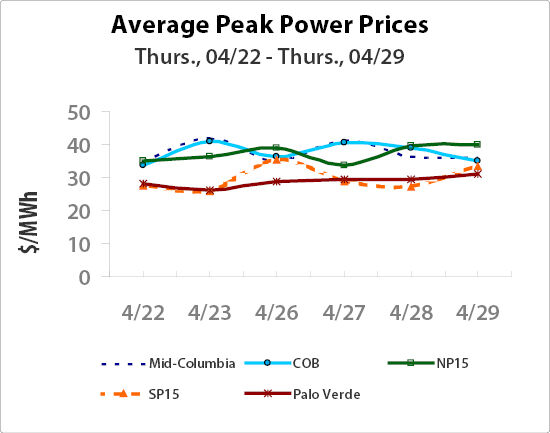 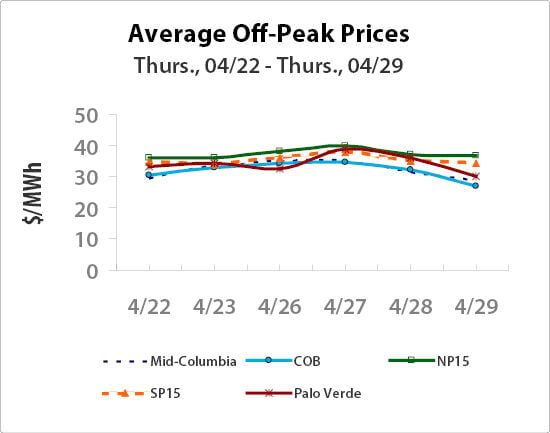 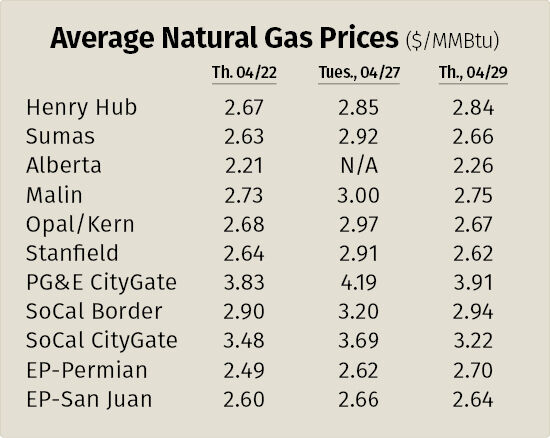 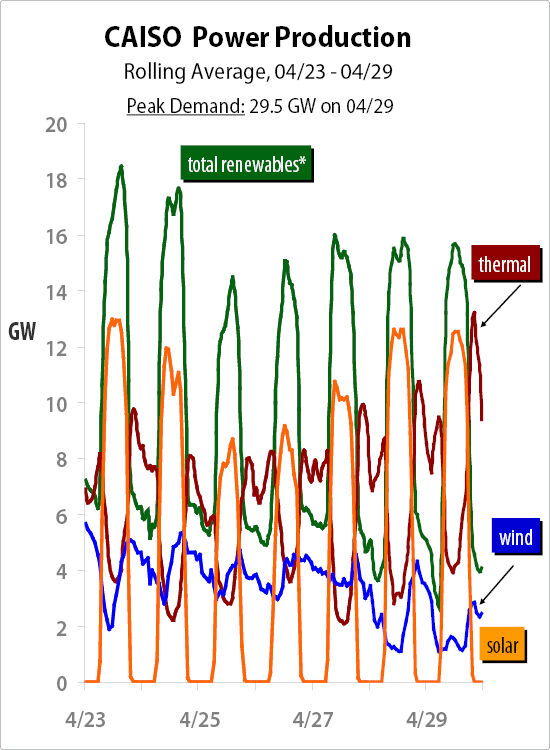 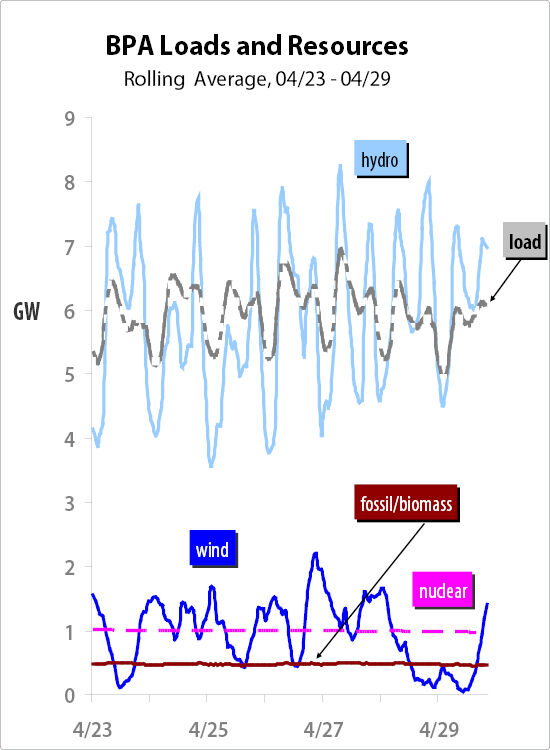 Limited injection capacity at the storage facility "has reduced the system's ability to balance, necessitating a Critical Notice declaration and pushing prices lower," according to the U.S. Energy Information Administration. That high operational flow order was called for the April 29 gas day.

Additional maintenance in the region is expected starting May 9 (see related story).

SoCal CityGate natural gas dropped 26 cents in April 22 to April 29 trading, ending at $3.22/MMBtu. It was one of three Western hubs that saw prices erode in trading.

This week there again was a notable divergence between Northern and Southern California natural gas prices. Northern California prices rose as a result of higher prices at various hubs supplying the region, including Sumas and Opal. PG&E CityGate prices increased 10 cents in the EIA's Wednesday-to-Wednesday report week, ending at $4.02/MMBtu after recording a weekly high price of $4.19 April 27. The hub ended April 29 at $3.91/MMBtu.

Prices at most Western natural gas hubs increased by between 2 cents and as much as 21 cents in April 22 to April 29 trading. El Paso-Permian Basin gas increased by 21 cents, ending at $2.70/MMBtu.

National working natural gas in storage was 1,898 Bcf as of April 23, according to EIA estimates, which is a net increase of 15 Bcf compared with the previous week.

Total renewables on the CAISO grid reached 18,461 MW April 23, meeting roughly 71 percent of demand. Solar generation peaked at 12,980 MW that same day, which was roughly half of the day's demand.