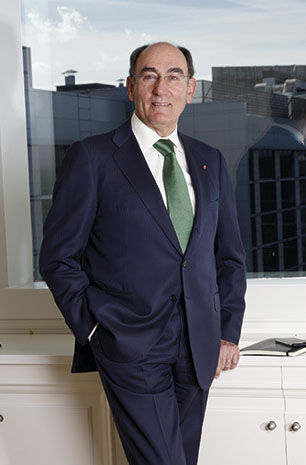 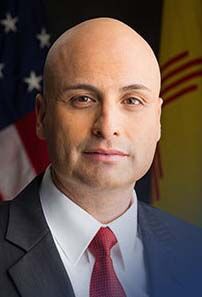 A pending merger between New Mexico's largest utility and the U.S. subsidiary of a Spanish multinational energy company came under increased scrutiny with the revelation of a Spanish legal investigation into Iberdrola's chief executive and alleged corruption by the state’s attorney general.

Galán is under investigation by Spain's High Court for alleged involvement in a corporate spying case involving bribery and fraud. Schannauer in the order asks the joint merger applicants to provide copies of five Spanish documents related to the investigation, including prosecutor's reports sent to the investigating judge and that judge's orders calling for investigations into Galán, Iberdrola Renovables and other current and former Iberdrola executives.

The order follows a June 24 notice by PNM and Avangrid to the NMPRC regarding the Spanish investigation and a subsequent objection to that notice filed July 9 by New Energy Economy, a ratepayer and renewable-energy advocacy group based in Santa Fe [20-00222-UT].

The order details allegations that Iberdrola paid Cenyt, a private security company operated by Villarejo, to spy on energy companies and their executives on multiple occasions, either to create negative press or to bribe or influence officials.

The allegations under investigation run from 2004 to 2017, the order says, quoting NEE's filing. They include: efforts to eliminate local and environmental opposition to the construction of a power plant in southern Spain; targeting the former chairman of a competing Spanish utility through espionage and harassment; efforts to target a Spanish construction tycoon and his family during a takeover battle for the Iberdrola board; an internal investigation into personnel suspected of corruption; and a probe of the chief executive of a company that partnered with Iberdrola on multiple developments in Romania.

Schannauer in the order also asks PNM and Avangrid to respond to an account included in NEE's filing regarding the conduct of Avangrid, which operates Central Maine Power, regarding a controversial transmission project in that state. According to the order, the account alleges that CMP spent more than $700,000 on combined efforts to counter citizen opposition to the project, including $99,000 on a private detective firm hired "to stalk Maine citizens who were gathering signatures" in support of placing a referendum on the project on Maine's 2020 general election ballot.

"There is no past criminal activity and there have been no indictments," Iberdrola spokeswoman Joanie Griffin said in emailed comments. "Iberdrola looks forward to fully responding to the Hearing Examiner's request on these issues, subject to Spanish legal restrictions."

Also regarding the merger, NEE was joined by four New Mexico organizations on July 15 in filing formal complaints with state agencies against New Mexico Attorney General Hector Balderas. The group in three similar complaints filed to the New Mexico Ethics Commission, the New Mexico State Auditor and the Disciplinary Board of the New Mexico Supreme Court raises concerns of favored treatment and possible conflicts of interest that they say might violate the state's Governmental Conduct Act.

The complainants ask for investigations into Balderas and attorney Marcus Rael regarding the AG's awarding of contracts to and approval of invoices from the Albuquerque law firm of Robles, Rael and Anaya. Balderas, who took office in 2015 and is serving his second term as attorney general, came under fire previously for hiring the firm to represent the state against Texas in a complex water-rights case.

NEE also suggests in the complaint that Rael, whose services in the merger case were retained by Iberdrola in March, might have unduly influenced Balderas to support a stipulation in the case after expert-witness testimony filed by the AG's office recommended against the merger.

"The Attorney General's office negotiated extensively with the Joint Applicants, which helped lead to a Stipulation that provided significantly more benefits to New Mexico and New Mexicans than any other utility merger proceeding in the State's history," Iberdrola spokeswoman Joanie Griffin said in an emailed statement.

NEE Executive Director Mariel Nanasi in a news release said "the deal didn't appear to meet the NMAG's minimum requirements for advocating in favor of the merger" based on the experts' testimony. "There was a huge chasm between the 'benefits' offered in the NMAG/Avangrid/PNM stipulation and the required conditions suggested in the NMAG expert witnesses' testimonies," the groups say in their complaints.

The complaints include invoices offered by the AG's office in response to an April 9 Inspection of Public Records Act request filed by NEE in an effort to determine the extent of the relationship between Balderas, Rael and the law firm. The complaint alleges improprieties in the invoices that include possible overpayment and questionable billing practices.

"New Energy Economy has reached a new low in trying to inappropriately influence the outcome of this case by attacking another party with such a baseless complaint, when there are multiple parties to the stipulation," Matt Baca, a spokesman for the AG's office, said in an emailed statement.

"Our office has a demonstrated record of prosecuting corruption and enforcing the Governmental Conduct Act, we utilize the highest standards in procuring legal resources to recover millions of dollars for the State, and we strongly condemn the use of half truths and purposeful omissions to mislead the press and regulators," he said.

At least eight parties, including environmental-justice, renewable-energy and labor groups intervening in the merger case, have agreed to the terms of the stipulation (see CEM No. 1638).

NMPRC approval represents the last obstacle for PNM and Avangrid's ability to move forward with the merger, which has received the necessary approvals of PNM's shareholders, the Federal Energy Regulatory Commission, the Committee on Foreign Investment in the United States, the Public Utility Commission of Texas and the U.S. Nuclear Regulatory Commission. Hearings on the matter are scheduled at the NMPRC for Aug. 11 through Aug. 20. A decision on the merger is anticipated by the end of the year.
© Copyright 2021 NewsData, LLC, 5625 NE Elam Young Pkwy, Ste 100 Hillsboro, OR | Terms of Use | Privacy Policy Powered by BLOX Content Management System from TownNews.com.