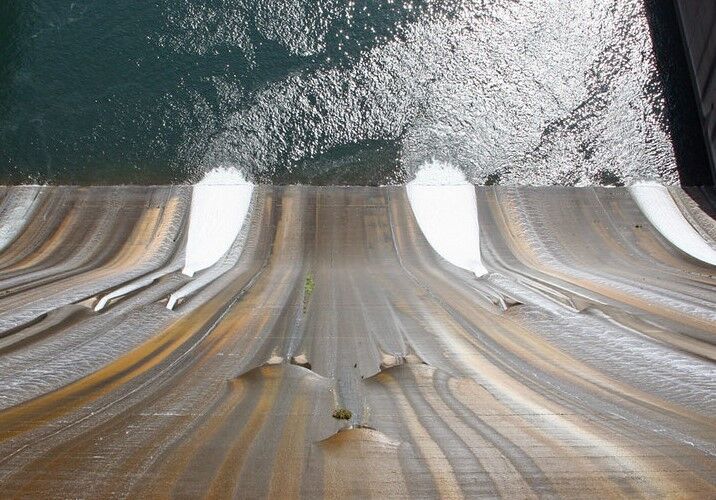 The spillway at Shasta Dam. California energy officials have decreased the region's hydropower-capacity projection for this summer by 1,000 MW. 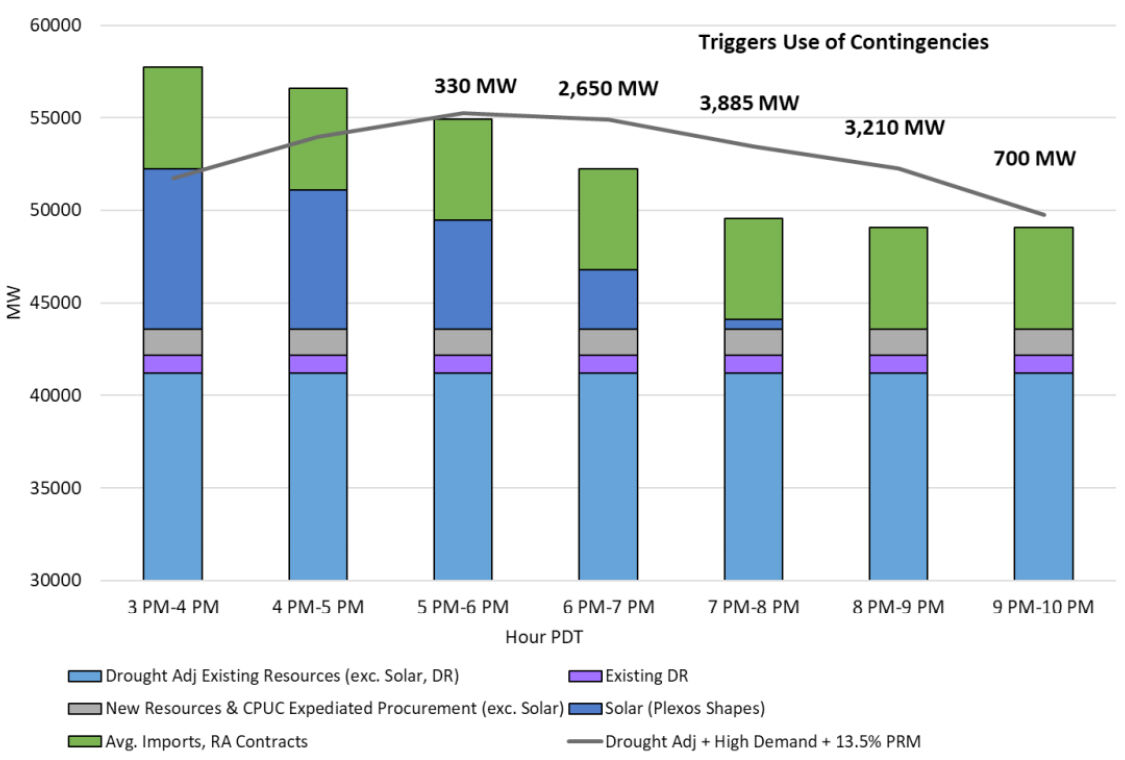 An electricity capacity shortage is projected in California if an extreme weather event occurs in July.

Decreasing hydropower and teetering amounts of imports are adding to the reasons California’s electricity supply could fall short of demand this summer.

California energy officials have decreased their hydropower-capacity projections due to the West's extreme drought, leaving the state potentially thousands of megawatts short of meeting demand unless backup contingency measures, such as diesel generators, are utilized.

The Golden State could be about 3,800 MW short of peak demand in July, about 3,400 MW in August and about 3,500 MW in September, if a heat wave occurs in those months and contingency measures are not tapped, California Energy Commission staff member Angela Tanghetti said at a July 8 joint agency workshop with the California Public Utilities Commission, the California Independent System Operator and other energy industry representatives.

"We're living on the margin," CAISO President and CEO Elliot Mainzer said at the workshop. "What's going to be the best set of resources [to help]?"

During average weather conditions in July and August, the state would be able to meet demand, but it would still be about 1,180 MW short in September, Tanghetti said.

If the state cannot meet demand, officials plan to rely on contingency measures such as the "Flex Alert" program, which asks customers to voluntarily curtail their electricity usage, and a new Emergency Load Reduction Program that pays certain customers to turn on their generators, including those that use diesel fuel. This week, CAISO called a Flex Alert for July 9 from 4 p.m. to 9 p.m.

So far this year, the total precipitation collected in Pacific Gas & Electric's watershed areas is 45 percent of normal, PG&E Director of Power Generation Engineering Eric Van Deuren said at the workshop. PG&E's large-reservoir storage is currently at the second-lowest amount that has been measured over the past 40 years, with 2015 having been slightly lower than this year, he said.

PG&E plans to generate about 70 percent of its total annual hydropower between June and September, Van Deuren said, adding that the utility decided to reduce hydropower generation in spring to maximize reservoir storage and focus hydropower generation on higher demand months and hours. Low lake levels are anticipated to cause earlier-than-normal curtailment of a few of PG&E's units in the late summer and early fall, he said. PG&E oversees 62 powerhouses and about 92 reservoirs that have a total capacity of 3,896 MW.

The CEC is also monitoring wildfire conditions to better understand which generation facilities are most vulnerable to the blazes. Most of California's 288 hydroelectric power plants are in high-fire-threat areas, while most of the state's natural gas, geothermal and solar-thermal power plants are not, Tanghetti said.

During the workshop's afternoon panel, officials pondered imported electricity challenges that are emerging this summer.

Contracted resource-adequacy capacity from imports this year is lower than in 2020, a year in which California experienced rolling blackouts.

The crux of the import challenge is "who has the supply and how can we get it to stay in California," Southern California Edison Director of Trading and Market Operations Marci Palmstrom said.

"Everybody is fighting for the same megawatts. It's been a tough journey," Palmstrom said.

The CPUC in its 2019-2020 integrated resource planning report set the state's electricity import value for resource adequacy at 5,000 MW. The commission also used a 5-GW import value in its electric resource model, called SERVM, which limits simultaneous imports into the CAISO area to 5 GW during all hours when electricity demand is above the 95th percentile.

Energy experts questioned the CPUC's 5-GW import assumption, saying it would lead to more generating capacity than is necessary to maintain reliability, hitting ratepayers with the costs of the excess capacity (see CEM No. 1571).