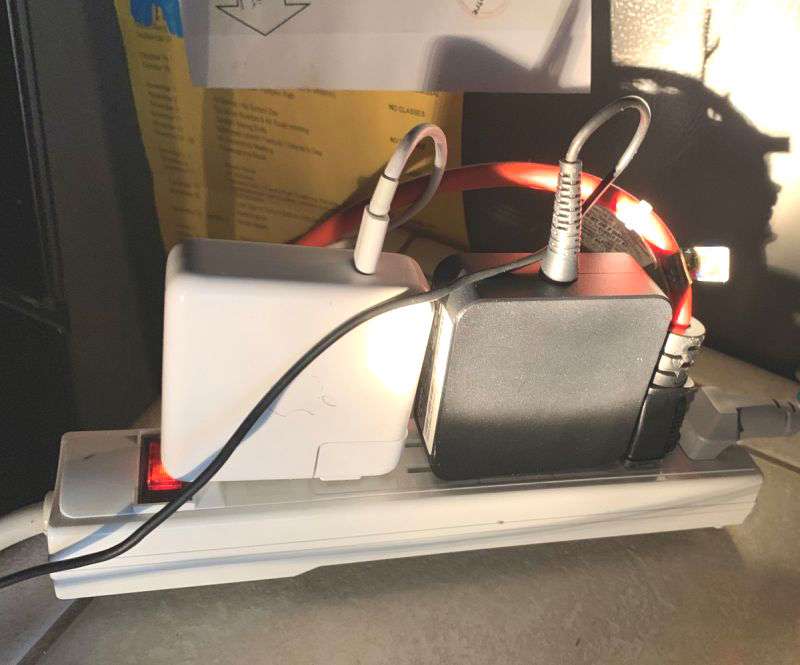 A lengthy power shut-off requires running a household off a powerstrip or two. 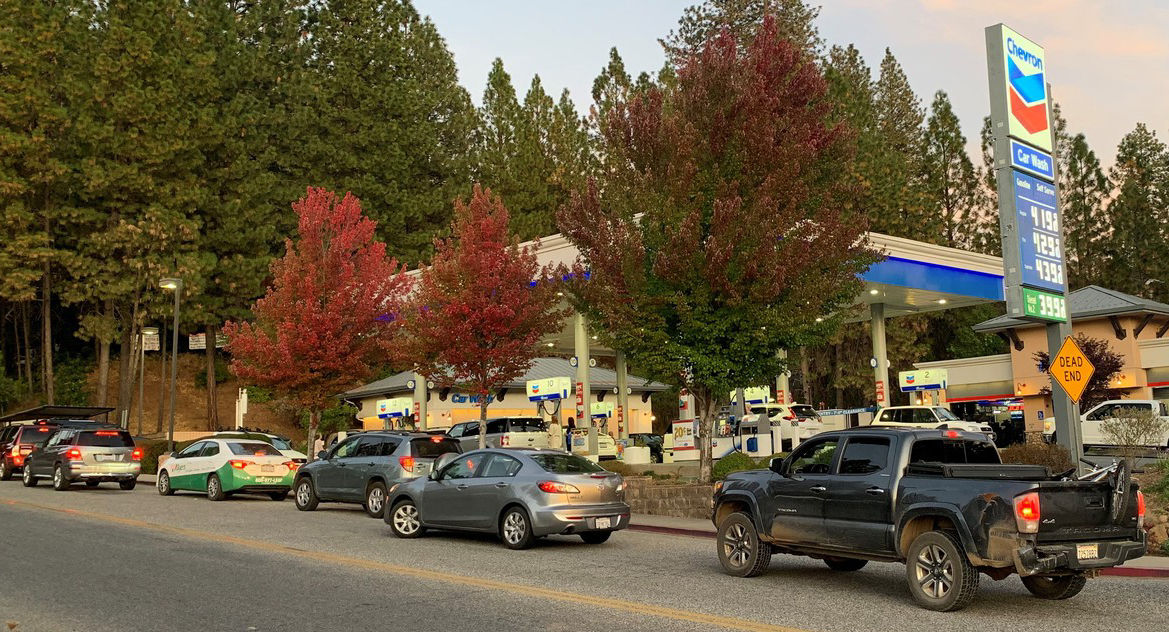 Gas stations across the state had long lines as motorists waited to fuel up.

Most everybody has had their power go out before, but rarely do you know it's happening ahead of time, as was the case with Pacific Gas & Electric's public-safety power shut-offs this week. However, even with months of lead-up, you don't fully believe it will happen until it does.

Since I work remotely a good bit of the time in the city of Grass Valley in the Sierra foothills (part of my job is covering the state Legislature in nearby Sacramento and the California Independent System Operator in Folsom), I experienced a PSPS firsthand when I lost power in the early morning hours of Oct. 9. I happened to also be covering the shut-offs for CEM (see related story) as part of my role as editor, which gave me the slightly surreal experience of being involved with something while writing about it, a situation I have been in a few times before in 20 years as a journalist.

When one considers losing electricity, the mind begins to tick off things in order of importance. As I grew more certain in recent months that my power was going to be cut off at some point by PG&E, in my mind's eye I had pictured myself, my wife and our five-year-old daughter sitting in a darkened room with no way to cook, stay warm, take a shower, or surf the internet (all the critical things). Not to mention our daughter's kindergarten would be canceled. Patience runs short in such scenarios, shall we say, and solutions are needed.

Identifying first the priorities of keeping family safe and maintaining work continuity, I had invested in a small, portable, 2,200-watt-capacity gasoline-powered generator that, truth be told, I was a bit eager to test out.  I had also purchased multiple flashlights, batteries spilled out of drawers and water jugs lurked in corners of the garage, and my hand-crank battery-powered AM/FM radio stood by. My generator had its own gleaming red plastic gas can topped off with the best carbon-spewing fossil fuel I could find.

But it was still jarring when the alarm clock face blinked out and I found myself in the garage, rummaging for extension cords and pulling out the generator around 1:30 a.m. I strung a 100-foot orange extension cord from the driveway to the kitchen of my house. I figured the fridge would be good for a few hours, so I'd wait to start the generator, which I made a note to position 40 feet out from the house.

Walking around the house with a flashlight, I took a glance through the front shutters and saw only infinite blackness. I wondered how far the darkness extended throughout Northern California, and how people were coping. Losing power ranges from inconvenient to dangerous to tragic, depending on your resources and situation.

Next to food and basic creature comforts, communication is really important, especially as you try and gather information about the outage. The local news radio stations (now my only contact with the outside world) were a disappointment, repeating information I had already read in PG&E press releases and providing no real updates as to what was going on. The next three pieces I heard on the local NPR affiliate were about climate change.

Since I get internet through a small, chargeable, portable wi-fi device that works off a cell phone signal, I still had internet on my phone and laptop for the first couple of hours of the outage on Oct. 9, even with no electricity. For phone-charging purposes, I had picked up a small solar-powered USB/phone charger/flashlight/radio device and a separate rechargeable phone-charging battery, to ensure working phones no matter what. My vehicle also has the standard phone chargers and portable power packs to enable laptop and phone charging via car battery. Timing generator usage proved to be challenging, since I couldn't really let the fridge warm too much while I slept for eight hours. So, early in the morning hours of Oct. 9, I set the alarm five hours in the future.

With internet and phone still in service and some conservation of my resources, as I went to sleep I figured I should be good to continue working at home for the duration, as long as I had gasoline to run the generator.

Upon waking later that morning, I was out in the dark at 5 a.m., untangling an extension cord and gassing up the generator (we needed our coffee grinder). Unfortunately, the phone and internet service I had been relieved to see retained the night before had disappeared. I had no internet or any way to make outgoing calls (including 911, I noted).

In order to check in with the world, it was time to venture out and see how close a cell phone signal was. That turned out to be a mile or two from our house, where we had phone service even with the power out all around us. Pretty much every business in town was closed except for two large grocery stores with backup generators. Life had quickly ground to a near-halt a few hours into the PSPS, although the streets buzzed with cars. Gas stations had their pumps taped off, and people took turns at intersections as traffic signals blinked. People didn't really seem to know what to do with themselves, gathering at public tables in shopping centers and talking about the outage, occasionally trying the doors of closed businesses.

Back at the house, with the generator humming, I spent that evening typing the first part of this column and doing some writing, using documents I had downloaded when I had the internet connection earlier that day.

The next day, Oct. 10, the power was still out and our daughter's school was canceled again. I was able to work throughout the day, most of the time using my laptop and phone at a picnic table in a local park, getting the occasional second glance from passersby out for walks or walking their dogs.

Later that evening, making dinner was fairly normal with our gas stove and fridge hooked up to the generator, a couple of lamps and the radio for music. Once we taped my daughter's glow stick to the kitchen ceiling and she declared a dance party, things were starting to seem almost fun in the flickering candlelight (who needs PG&E, anyway?).

Despite the inconvenience, losing power is not insurmountable (with acknowledgement as to how dangerous in can be to vulnerable populations). In fact, I saw everybody talking more, both in our house and among our neighbors and others in public. Computer and internet usage was more efficient, more book-reading was done, and there was a general slowing down of life.

A little before 8 p.m. on Oct. 10, going into the third night of the outage, I was walking out to check the gas in the generator in the dark when the front porch lights blinked on. Houses appeared out of the darkness up and down our road. Someone down at PG&E had decided to give us our power back. Now, the conveniences of modern life were as easy as flicking a switch.

"Daddy, I wish the power hadn't come back on," Ella, my daughter, said as we were tucking her into bed under the glow of a real, live 21st century lightbulb.

"Because in the dark, we can do shadow puppets," she said, closing her eyes with a smile. She's got it right—dealing with an electricity outage is all in your perspective.